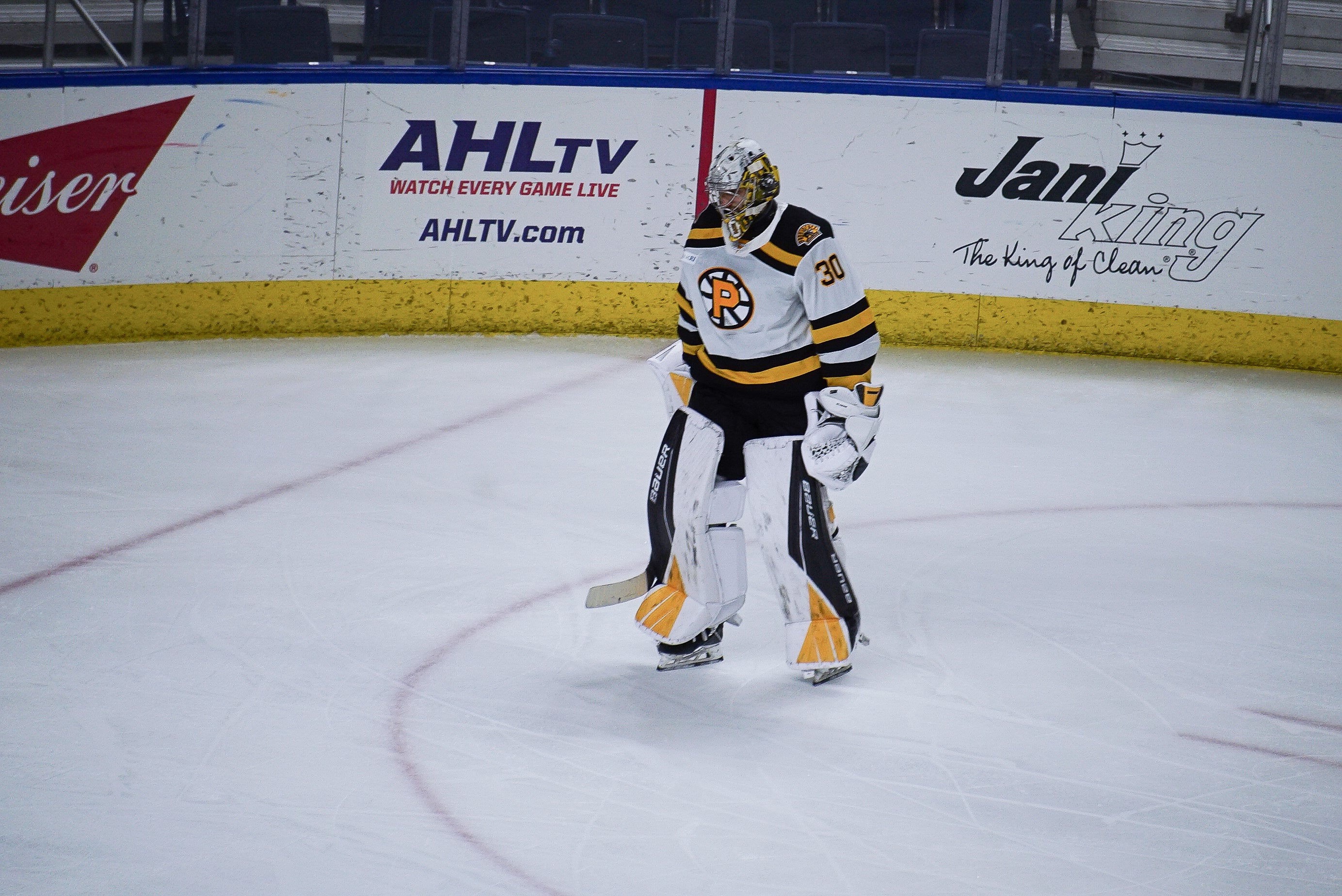 BRIDGEPORT, CT. - Zach Senyshyn scored the game-winning goal with 5:38 remaining in the game and Dan Vladar recorded a 24-save shutout as the Providence Bruins defeated the Bridgeport Sound Tigers, 1-0, on Friday afternoon. The shutout is the first of the season for the P-Bruins, who outshot Bridgeport by a count of 37-24. Providence went 3-for-3 on the penalty kill and 0-for-5 on the power play. The win marks the second consecutive victory for the P-Bruins after defeating Bridgeport last Saturday.

“It’s been great having him (Vladar) back down here. I thought he had a good game last week and then tonight he was really strong. He looked big in the net. I thought he played the puck well. He’s really been maturing like we’ve hoped and it was certainly a good performance tonight.

We’ve been looking forward to this for a long time to be able to play multiple games against different opponents in AHL buildings. It’s never going to be exactly the way it was, but to the same token, we’re playing terrific competition and we have to scratch and claw to get wins. That’s invaluable to our players. We’re certainly enjoying every game we get to play.”

- Dan Vladar recorded his first shutout of the season, making 24 saves in the win. Vladar stood tall for Providence last season as well, collecting a 1.79 goals against average and a .936 save percentage to go along with three shutouts.

- Paul Carey picked up the lone assist on Senyshyn’s third period goal. Carey has recorded a point in two consecutive games and has at least one point in three of four contests this season.

- Anton Blidh made his season debut for Providence, firing three shots on goal.

- The P-Bruins will travel to Hartford, Connecticut and take on the Hartford Wolf Pack on Sunday, February 21 at XL Center. Puck drop is set for 1 p.m. ET.