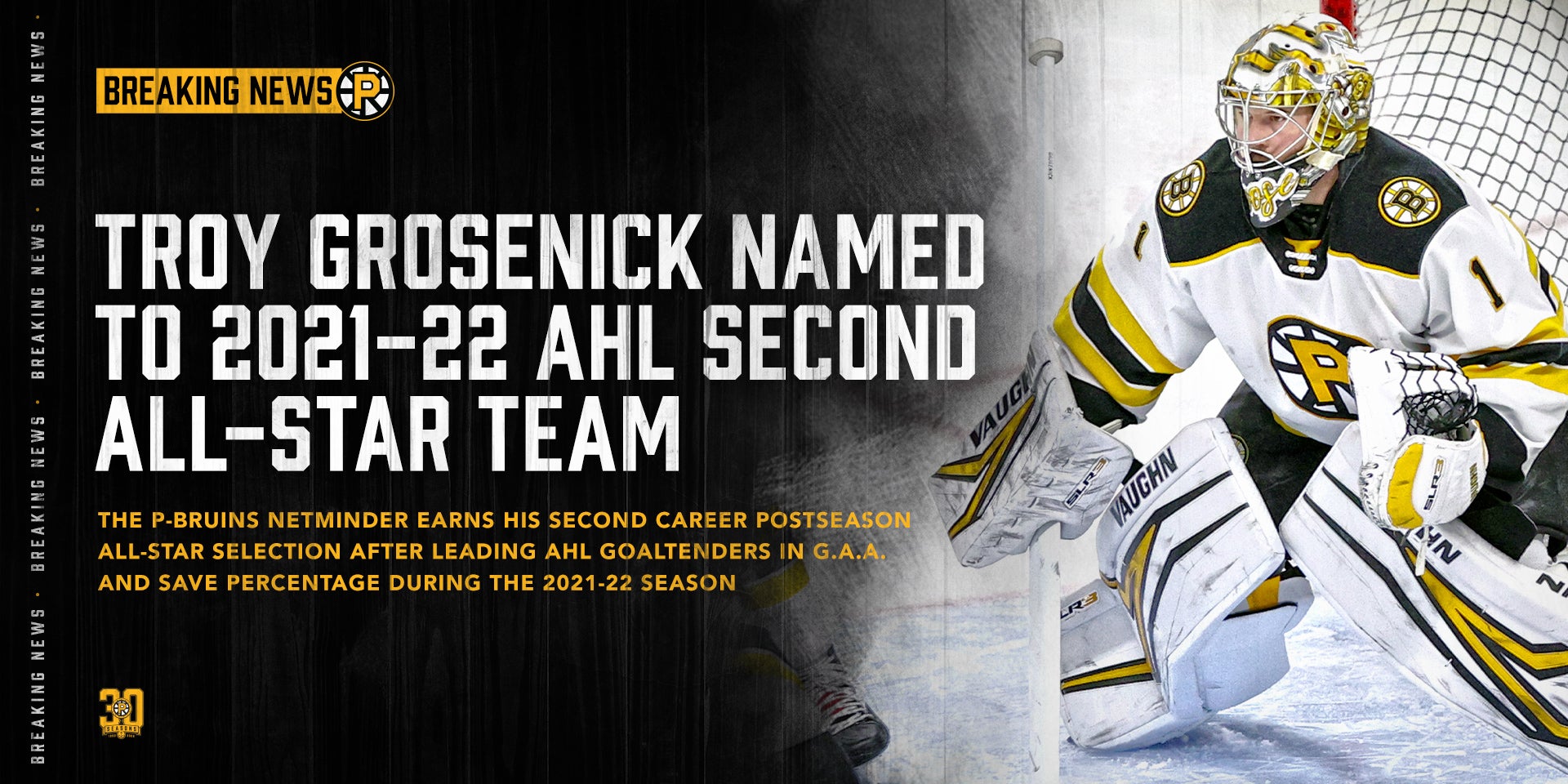 Grosenick, 32, has now earned two AHL postseason All-Star selections in his career. The nine-year AHL veteran leads the league in goals against average (2.00) and save percentage (.933). In 30 games with Providence, Grosenick owns a 16-6-4 record along with three shutouts.

In 2016-17, Grosenick took home the Baz Bastien Award as the AHL's most outstanding goaltender, and earned the Yanick Dupre Award for his community relations efforts in 2019-20.

The native of Brookfield, Wis., has won 149 games over nine AHL seasons.