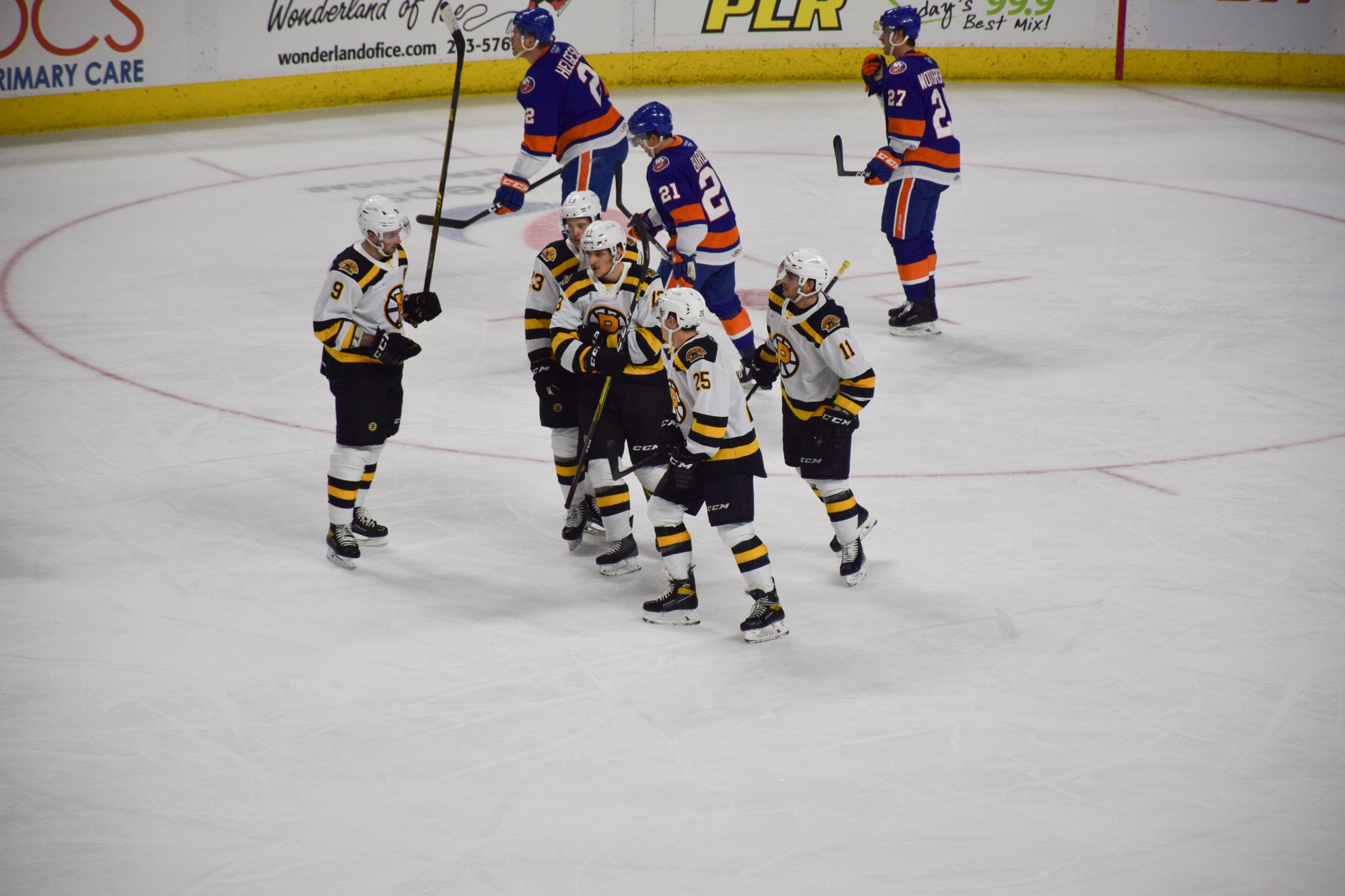 BRIDGEPORT, CT. - Jakub Lauko recorded three points and Cameron Hughes collected two points of his own as the Providence Bruins defeated the Bridgeport Sound Tigers, 5-3, on Saturday afternoon. After trailing by one at the end of the second period, Providence scored three unanswered goals in the third to seal its second victory against Bridgeport this season. Providence went three-for-seven on the power play and two-for- two on the penalty kill while outshooting Bridgeport by a count of 29-20.

“I had some flashbacks of a rookie tournament several years ago with 2-on-0’s on both sides, which I can’t say, as the coach, I really enjoyed. I think the 30 people that were in the building really enjoyed it.

We talked about it at the end of the period. Mistakes are certainly going to happen, but that was reckless. That’s just something that we’re going to have to make sure that we understand. We’re on the power play and we want to score goals, but it’s not a 5-on-0, 2-on-0 back the other way scenario. We still have to play with our brains because you’re not going to win many games giving up that.

With that being said, the power play really kept us in it and won it for us in the end. We can learn from it. We’re going to talk about it. At the same time, I think we can also build on the fact that we had some pretty nice execution and got some momentum out of it.”

- Jakub Lauko recorded the first three-point game of his career with a goal and two assists. The second-year P-Bruins forward leads Providence with five points (one goal, four assists) this season.

- Cameron Hughes collected his first multi-point game of the year with a goal and an assist. Hughes recorded 16 points (six goals, 10 assists) for Providence during the 2019-20 season.

- Jack Ahcan recorded the first multi-point game of his career with two assists. The rookie defenseman has picked up three assists in three games this season.

- Jeremy Swayman picked up his second win of the season, recording 17 saves. The first-year pro is 2-0-0 on the season with a 2.00 goals against average and .915 save percentage.

- Cooper Zech and Joona Koppanen both scored their first goals of the season.

- Jack Studnicka recorded his first point of the season with an assist on Lauko’s third period goal.

- The P-Bruins will return to Bridgeport, Connecticut for a rematch with the Bridgeport Sound Tigers on Friday, February 19 at Webster Bank Arena. Puck drop is set for 1 p.m. ET.