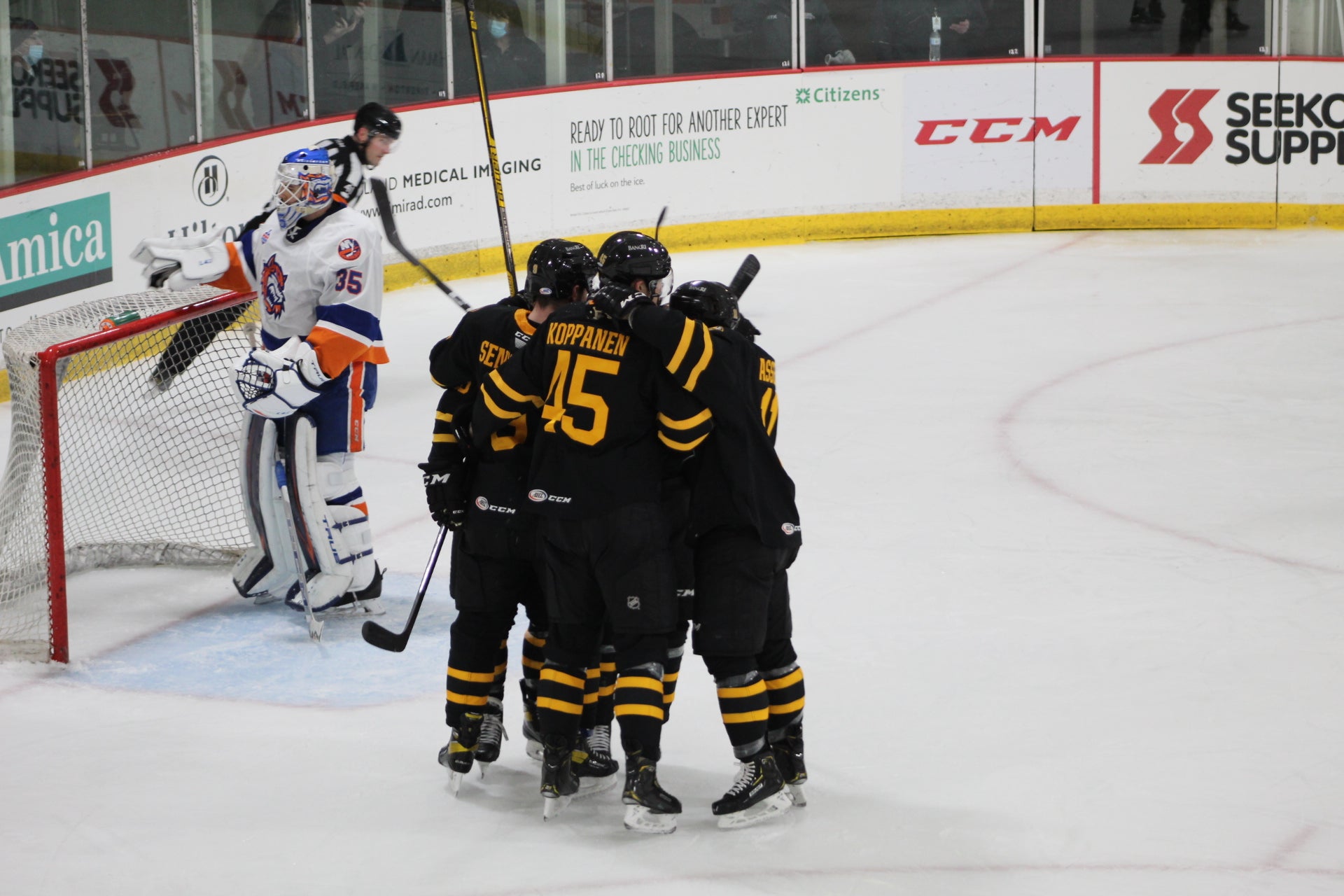 “We are very excited to have gotten a game in. We were very excited about that and we’re obviously excited for the win. I thought we showed a lot of energy and some other good things. There were moments of some rust, as expected, but I thought we really competed and we were able to pounce on a couple opportunities to score. Overall, it was a very solid effort.

I thought the young guys were great. Alex (Voyer) and Sammy (Asselin) were up there in Quebec and couldn’t skate half the time. That’s challenging to go through. They were great. Jack (Ahcan), Wolffy (Nick Wolff), and Sway (Jeremy Swayman), all these young kids, were thrown right into the fire and I thought they did a terrific job.”

- Paul Carey and Cameron Hughes both recorded their first points of the season with assists on Lantosi’s third period goal.

- The P-Bruins will return to Marlborough, Massachusetts and take on the Hartford Wolf Pack on Thursday, February 11 at New England Sports Center. Puck drop is set for 1 p.m. ET.