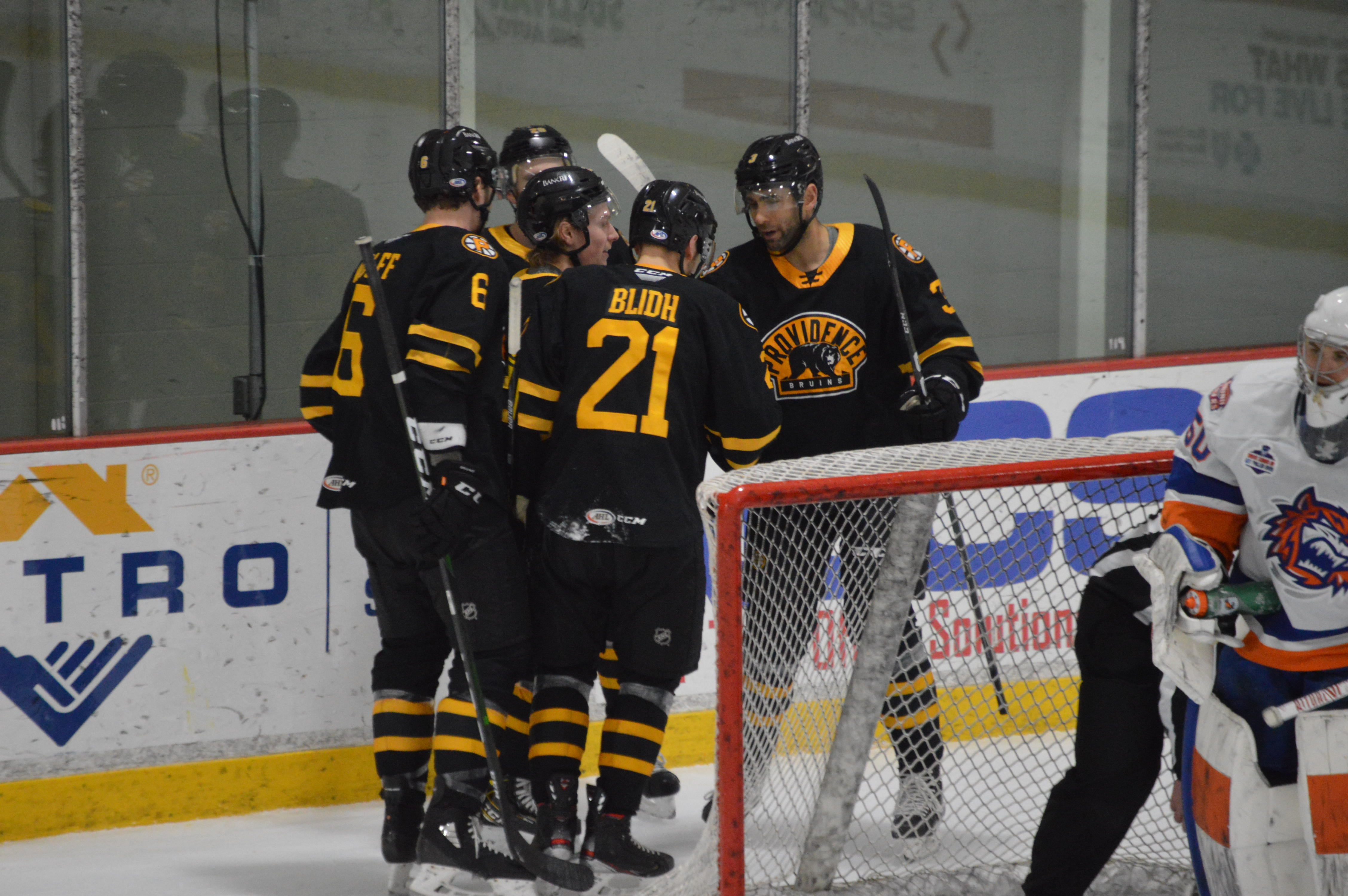 MARLBOROUGH, MA. - Oskar Steen scored two goals and Jeremy Swayman made 25 saves as the Providence Bruins defeated the Bridgeport Sound Tigers, 4-1, on Thursday afternoon. The win marks Providence’s third consecutive win and sixth win in their last seven contests. The P-Bruins went 6-for-7 on the penalty kill while outshooting Bridgeport by a count of 34-26. Providence improved to 7-2-0 with the victory and have a plus-11 goal differential on the season.

“I thought it was a sharp performance. We dealt with some penalties, both early and late, that we had to really kind of dig in on. I think our power play early wasn’t on and there was some frustration there, but I do think we ended up having a couple late that were positive, st the very least.

Our five-on-five play was what we are looking for. We were pretty clean with the puck coming out of our own end. We were tight in the defensive zone. We were able to get on the forecheck, get some turnovers, and play in the offensive zone, which was obviously part of the plan. Overall it was a good effort.”

- Oskar Steen led the way for Providence with two goals, his second and third of the season. Steen has recorded four points (2G, 2A) in his last two contests.

- Anton Blidh picked up the primary assist on both of Steen’s goals. Both assists were also the lone helpers on both goals. Blidh has recorded three points (1G,2A) in his last three games.

assist. Lantosi has collected three points (1G, 2A) in his last two games.

- Brady Lyle picked up the primary assist on Lantosi’s goal. Lyle has recorded a point in two consecutive

games and has five points (3G, 2A) on the season to go along with a plus-seven rating.

- Paul Carey recorded his ninth assist of the season. Carey has eight points (0G, 8A) in his last seven

games. Through nine games this season, Carey has recorded at least one point in all but two contests.

- Samuel Asselin picked up an assist and now has five points (3G, 2A) in his last three games.

- Jeremy Swayman improved to 5-0-0 on the season after making 26 saves on 27 shots. Swayman has a

1.80 goals against average on the season paired with a .935 save percentage.

- The P-Bruins will return to Marlborough, Massachusetts and take on the Hartford Wolf Pack on Monday, March 8 at New England Sports Center. Puck drop is set for 1 p.m. ET.