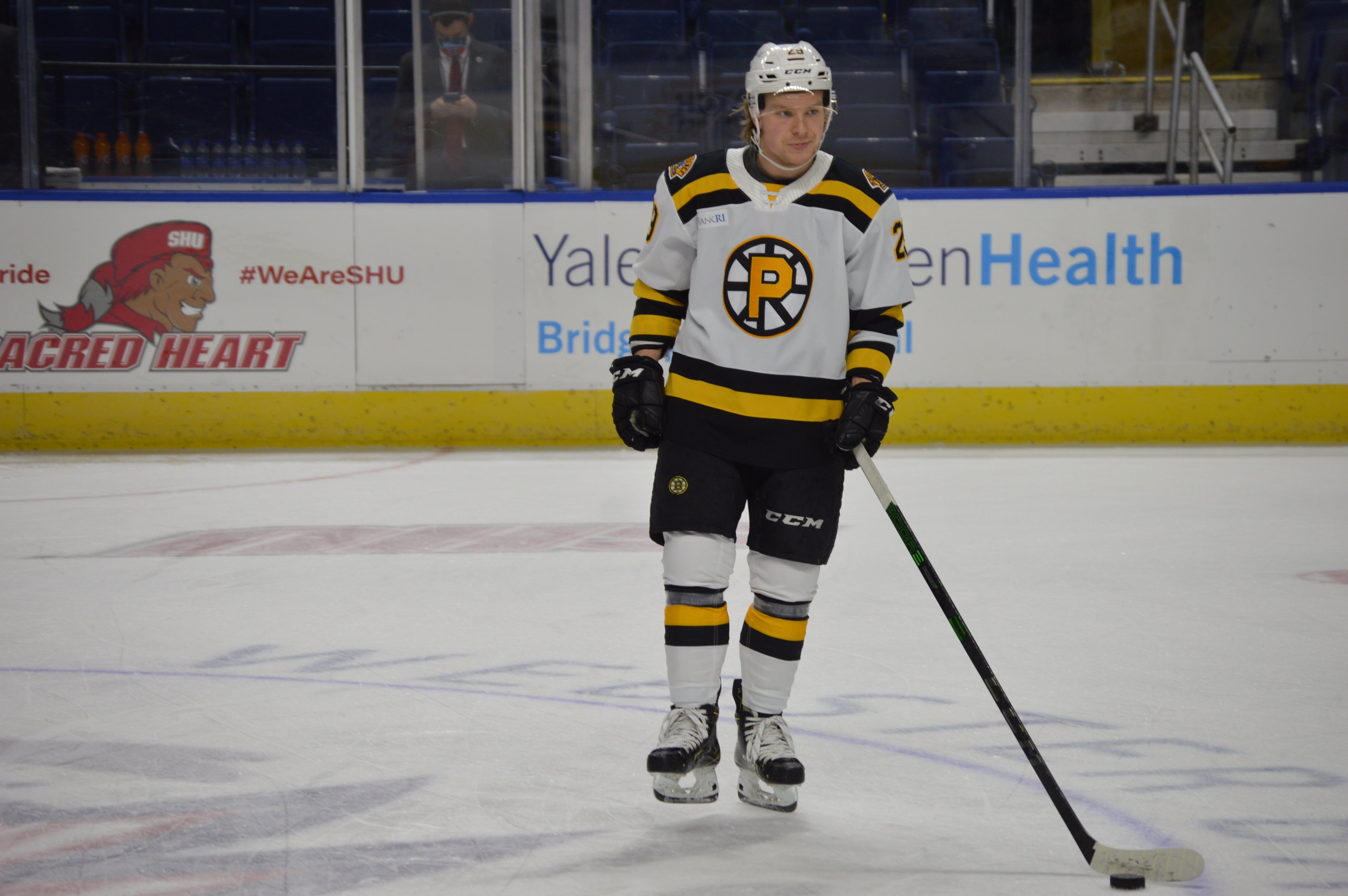 BRIDGEPORT, CT. - Oskar Steen scored the game-winning goal in overtime and Jeremy Swayman recorded 28 saves as the Providence Bruins defeated the Bridgeport Sound Tigers, 3-2, on Wednesday afternoon. The win marks Providence’s fourth consecutive win against Bridgeport and fifth win in their last six games overall. The P-Bruins are now 12-3-1 with a plus-23 goal differential on the season.

“Well I’m happy there was no one in the stands for the first period. Bridgeport actually played a pretty hard, up-and-down game, but I thought we were asleep at the wheel.

I thought we woke up a but in the second. There were spurts in the second and the third that we were able to stay in the game and obviously be able to get the win, but by no means was it our best effort.

I think a lot had to do with Bridgeport. They came at us pretty good. They were in our face from start to finish. Sway made a couple big saves for us and we were able to get a couple timely goals. It wasn’t the prettiest of wins, but it’s still a win and we’ll certainly take that.”

- Oskar Steen scored the game-winning goal in overtime, his fourth goal of the season. Steen has recorded nine points (4G, 5A) in 14 games this season.

- Matt Filipe recorded the first multi-point game of his career with a goal and an assist. Filipe has recorded three points (1G, 2A) in his last three games.

- Alex-Olivier Voyer scored a goal and added an assist. Voyer has five points (3G, 2A) in his last four games.

- Samuel Asselin extended his point streak to three games with an assist. He has one goal and two assists during that span.

- Jack Ahcan picked up his seventh assist of the season. Ahcan has recorded eight points (1G, 7A) in 13 games this season.

- Cooper Zech recorded an assist on Steen’s gamewinning goal. Zech has five points (1G, 4A) in 13 games this season.

The P-Bruins will travel to Marlborough, Massachusetts for a rematch with the Bridgeport Sound Tigers on Monday, April 5 at New England Sports Center. Puck drop is set for 1 p.m. ET.