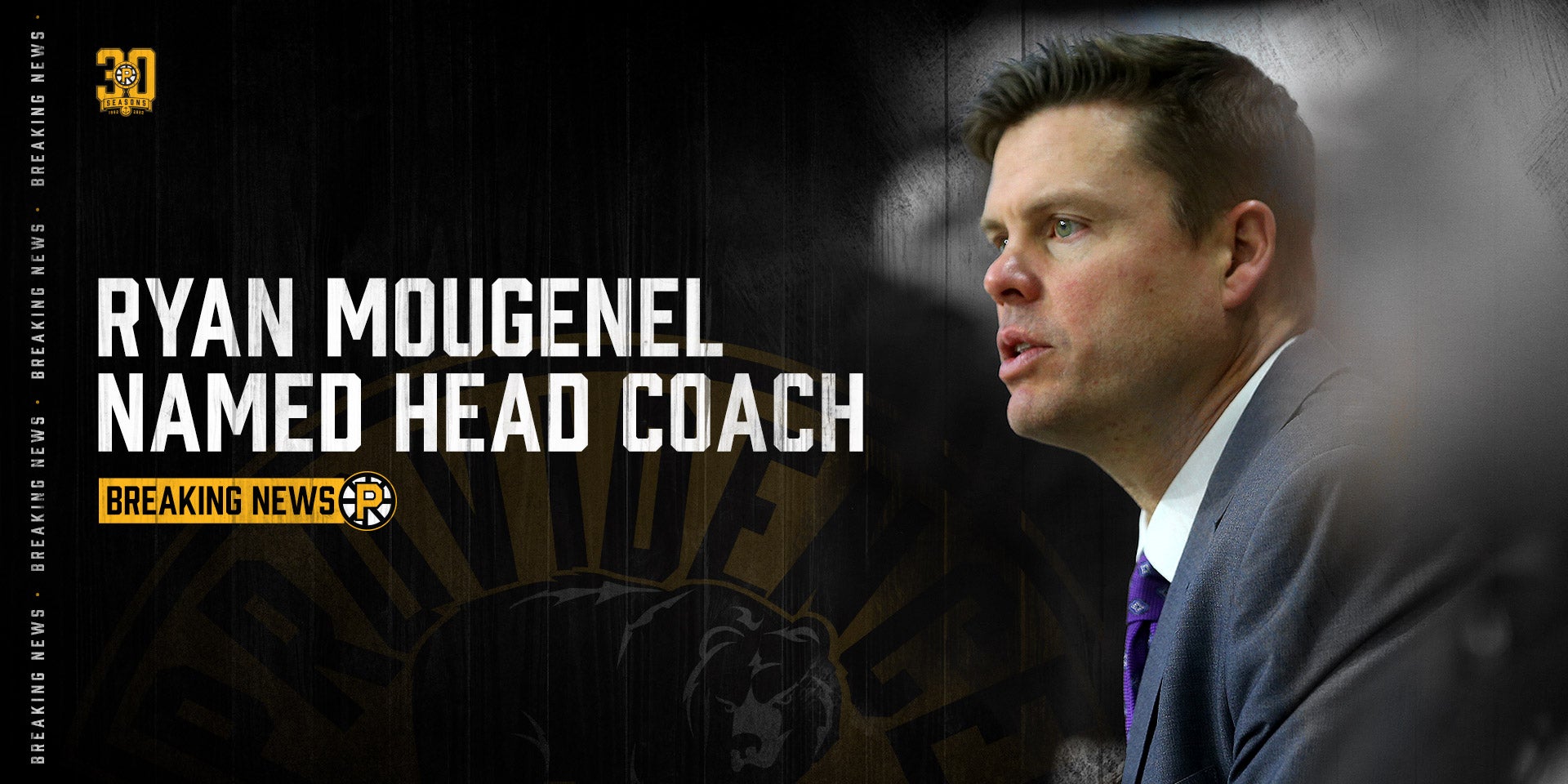 PROVIDENCE, R.I. - The Boston Bruins announced today, August 13, that Ryan Mougenel has been named the 13th head coach of the Providence Bruins.

Mougenel will be available to media via Zoom on Monday, August 16 at 2 pm ET.

A link for Mougenel’s media availability will be provided via email.

“The Bruins organization has had great success promoting from within and maintaining continuity behind our bench,” said Providence Bruins General Manager John Ferguson. “We are all looking forward to watching Ryan continue that positive run. Maintaining the standard of consistent player development, on-ice success, and pace of practice are just three of many boxes we believe Ryan checks off as our new head coach in Providence.”

Mougenel, 45, has served as an assistant coach for Providence since the beginning of the 2018-19 season. Over the last three seasons since Mougenel joined the organization, the P-Bruins have recorded a record of 91-51-13-8 (W-L-OTL-SOL), captured two consecutive Atlantic Division titles, and set a new regular season franchise record with 12 consecutive wins to conclude the abbreviated 2019-20 season.

“I am very honored and excited to assume this position,” said Mougenel. “This is an incredible opportunity to continue working with an amazingly talented coaching staff and dedicated management group that produce players who represent the rich tradition of Bruins excellence. I am extremely appreciative for the many relationships that have supported me on this journey. We have first-rate fans here in Providence and I am looking forward to another successful season.”

The Scarborough, Ontario, native began coaching professional hockey in the ECHL, where he served as an assistant coach with the Fresno Falcons from 2005-09 before being hired as head coach of the Las Vegas Wranglers prior to the start of the 2009-10 season. As head coach of the Wranglers for four seasons, Mougenel led the team to a 151-111-10-16 record with appearances in the Kelly Cup Playoffs during all four seasons, including the 2012 Western Conference Championship.

As a player, Mougenel spent most of his career in the ECHL, skating with the Hampton Roads Admirals, Chesapeake Icebreakers, Jackson Bandits, and Atlantic City Boardwalk Bullies. In 180 career games, Mougenel scored 46 goals and added 59 assists for 105 points. The former right wing’s playing career ended in 2003 with Mougenel recording nine points (1G, 8A) in 17 playoff games to help lead Atlantic City to the organization’s first Kelly Cup Championship.