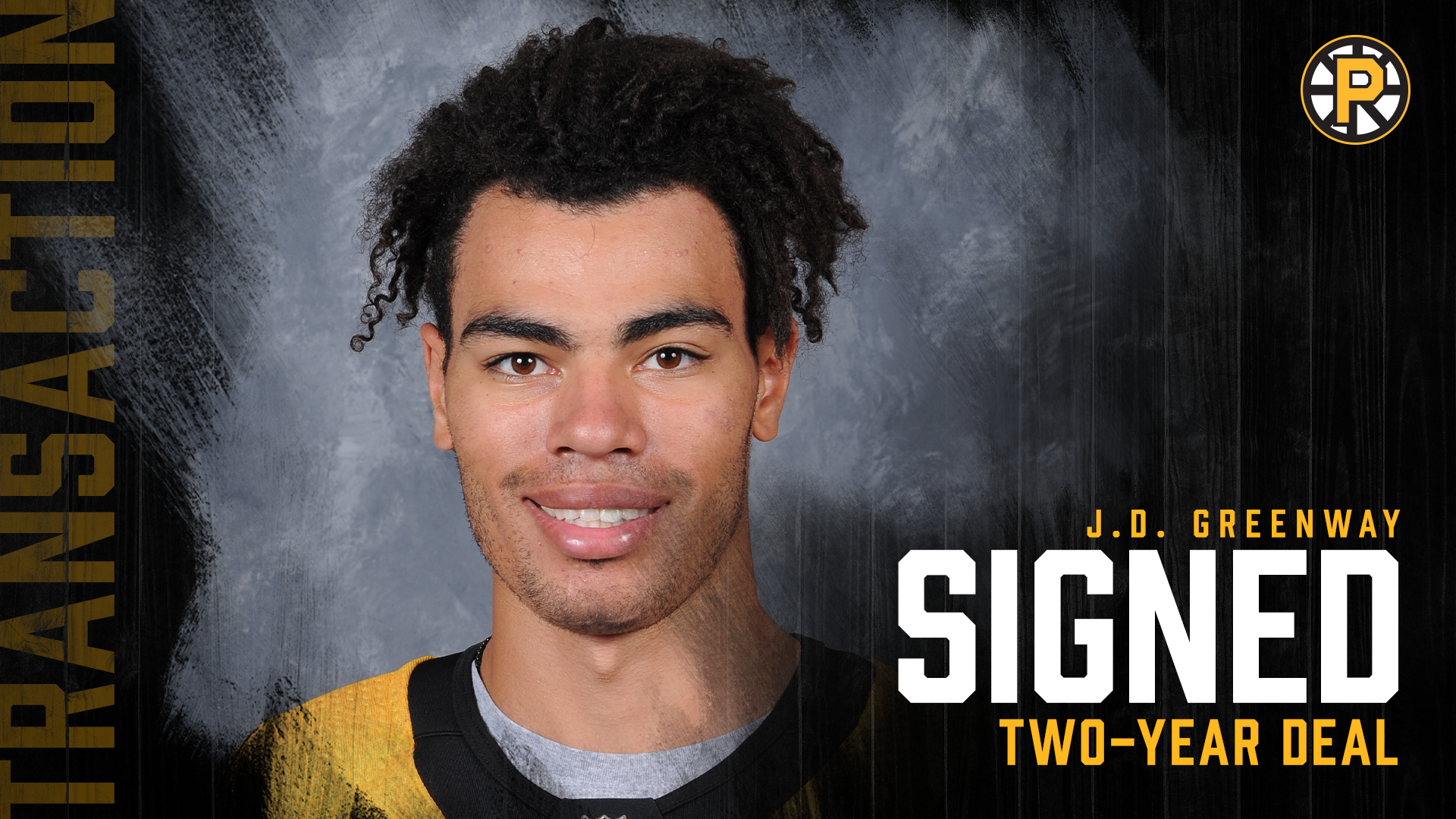 “J.D. came to Boston last week with a great attitude and work ethic,” said Ferguson. “We look forward to him joining our group in Providence, working with our coaching staff, and continuing his development while contributing to our group both on and off the ice.”

Greenway, an invite to the Boston Bruins 2021 Development Camp, has spent the last two seasons skating with the University of Maine Black Bears. During that span, the Canton, New York, native appeared in 48 games, scoring three goals and adding 12 assists for 15 points.

The 6-foot-5, 212 pound defenseman has also skated on the international stage, representing Team USA in the 2016 IIHF Under-18 Men’s World Championship. Greenway appeared in seven games and recorded as many points (1G, 6A) as Team USA claimed a bronze medal.