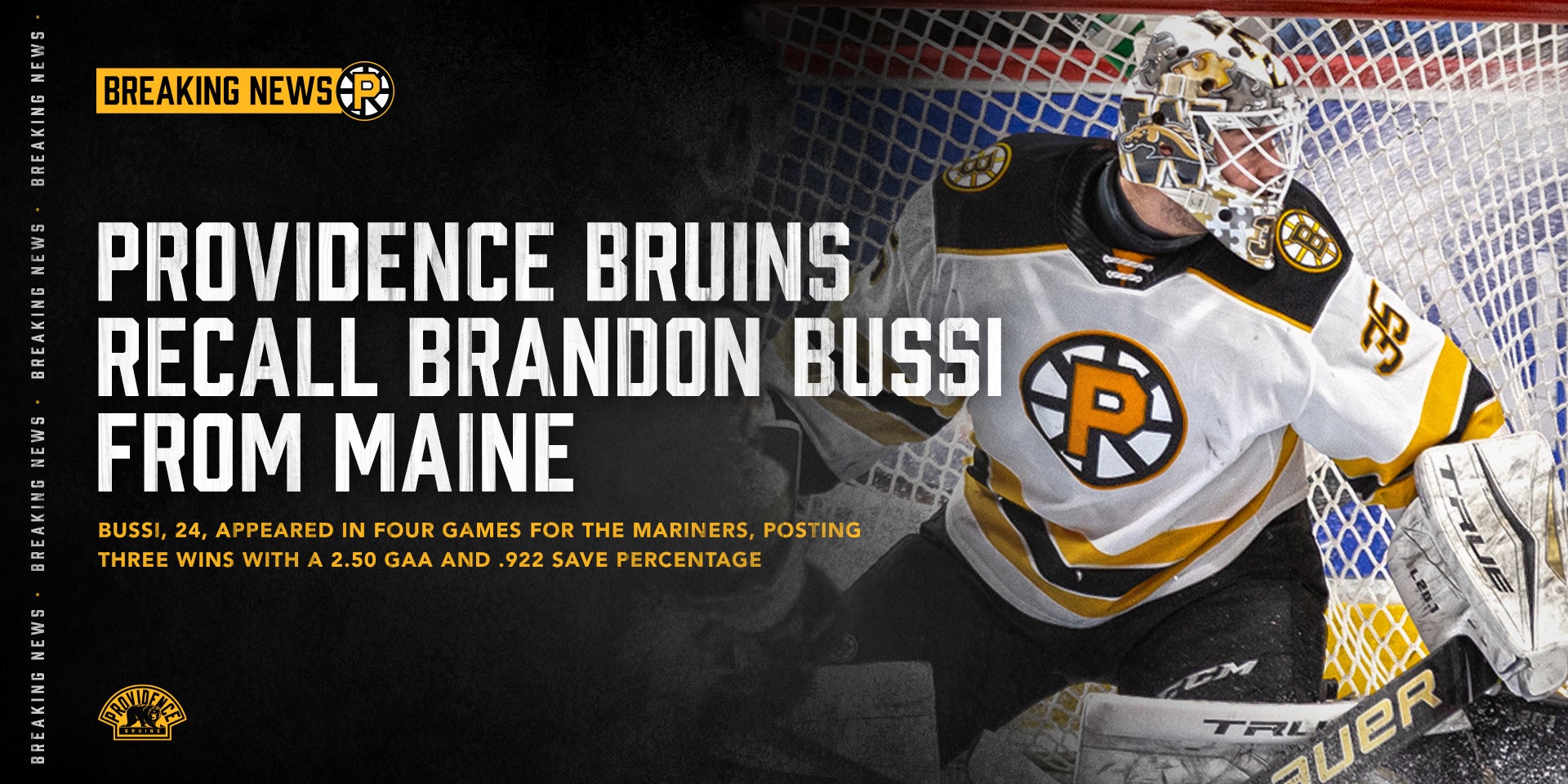 The Sound Beach, N.Y. native played three seasons at Western Michigan from 2019-2022, leading the Broncos to the NCAA Quarterfinals in 2022. Bussi had an NCAA career best 2.55 goals against average and a .912 save percentage, winning 26 of the 39 games he played.

Back to All
Boston Bruins General Manager Don Sweeney announced today, November 2, that the Providence Bruins have recalled Brandon Bussi from the Maine Mariners.