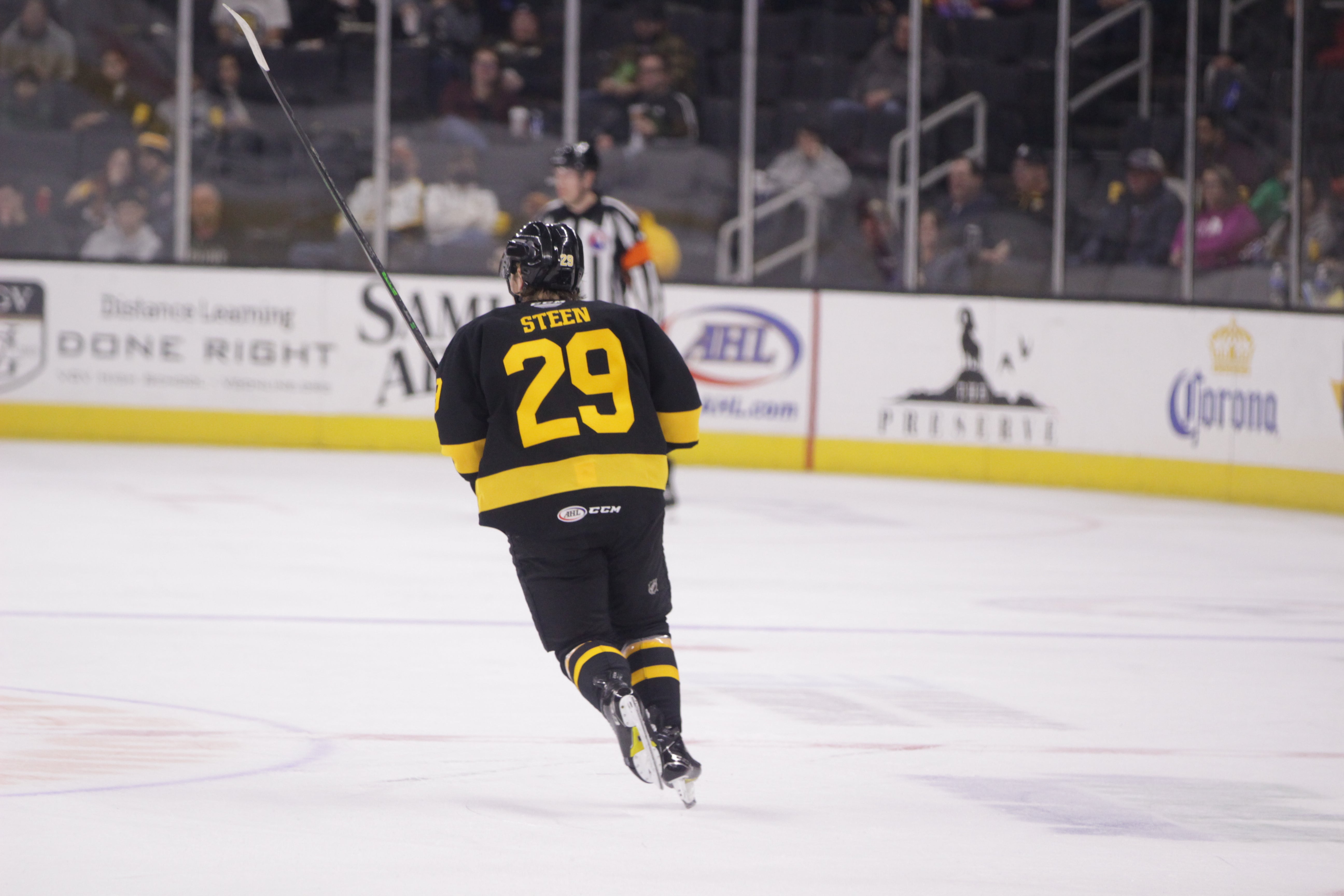 PROVIDENCE, RI - Urho Vaakanainen scored his first goal of the season and Samuel Asselin picked up his fourth assist in as many games, but the Providence Bruins fell to the Springfield Thunderbirds on Wednesday night, 4-1. Providence outshot Springfield, 35-33, went 0-for-3 on the power play and 1-for-3 on the penalty kill. Kyle Keyser got the start in goal and made 29 saves for Providence.

- Urho Vaakanainen scored his first goal of the season with a wrist shot from the point.

- Matt Filipe picked up his second assist of the season on Vaakanainen’s goal, while Samuel Asselin recorded his fourth assist in his last four contests.

- The P-Bruins will remain home in Providence, Rhode Island and take on the Lehigh Valley Phantoms on Friday, November 12 at Dunkin’ Donuts Center. Puck drop is set for 7:05 p.m. ET.