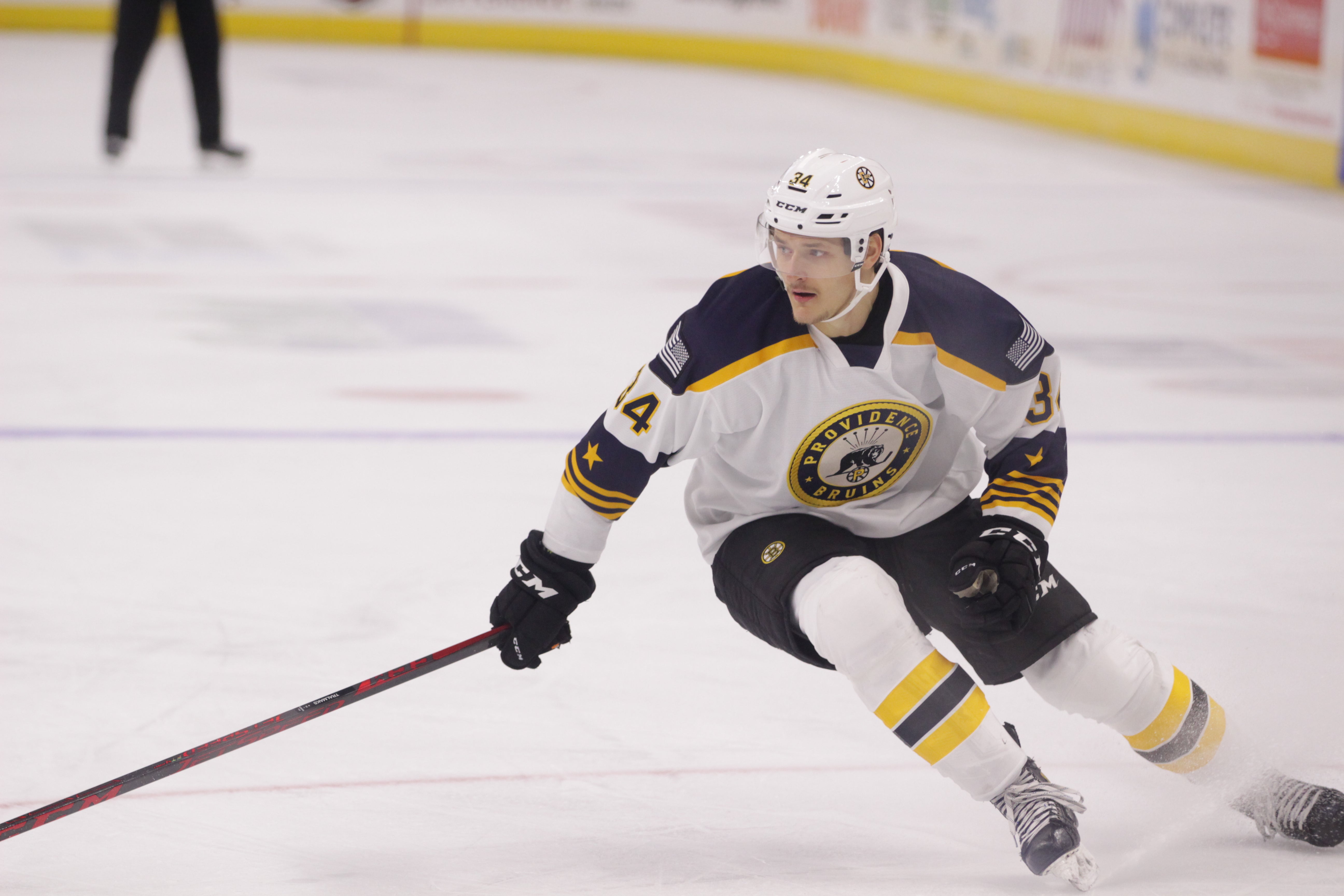 PROVIDENCE, RI - Jakub Lauko scored his second goal of the season in the third period and Kyle Keyser made 27 saves, but the Providence Bruins fell to the Hartford Wolf Pack in overtime, 2-1, on Saturday night. Providence went 3-for-4 on the penalty kill and recorded 25 shots on goal while going 0-for-1 on the power play.

“I thought it was a really well-played game by both sides. Bottom line - we didn’t get the kill. There were a couple missed assignments on that, which I thought was unfortunate because Keyser played really well.

“Overtime, I’ll be honest, I wasn’t really happy with that goal. We had a few guys circling in front of our own net. It’s Hockey 101 - stopping and reacting. When you play on the move like that, bad things happen.”

- Jakub Lauko recorded a point for the second consecutive game after scoring his second goal of the season.

- Jack Studnicka also picked up a point for the second straight game with the primary assist on Lauko’s goal.

- Chris Wagner picked up the secondary assist, his first of the season, on Lauko’s goal.

- Kyle Keyser got the start in goal and recorded 27 saves on 29 shots.

- The P-Bruins will remain home in Providence, Rhode Island for a rematch with the Hartford Wolf Pack on Friday, November 19 at Dunkin’ Donuts Center. Puck drop is set for 7:05 p.m. ET.