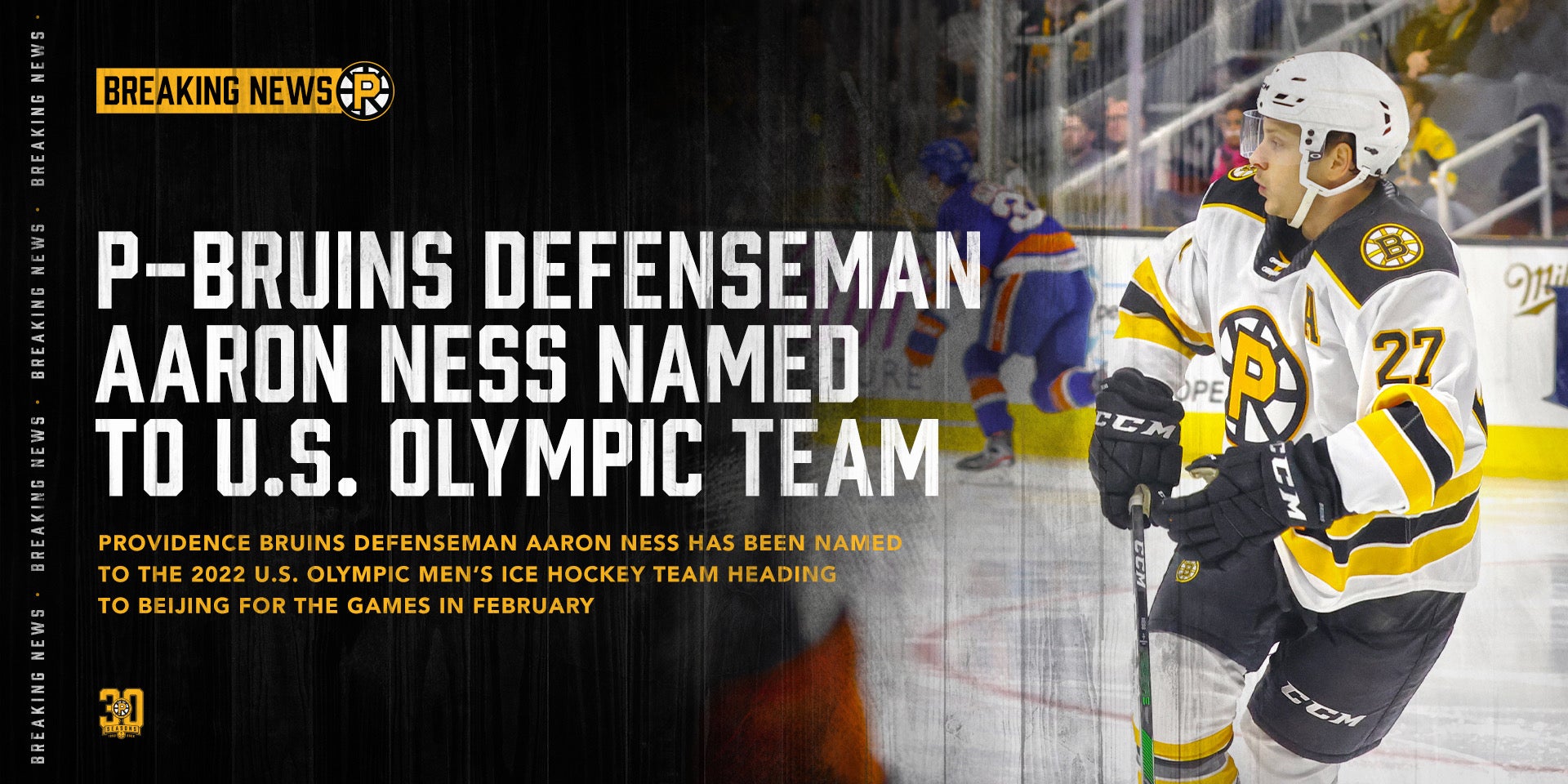 “It’s an honor to be selected and get the opportunity to represent our country in Beijing,” said Ness. “I’m very excited to compete and do everything possible to bring a medal back to the United States.”

Ness, 31, is skating in his first season with the P-Bruins and is tied for second amongst Providence defensemen with seven assists and three power-play assists. A native of Bemidji, Minnesota, Ness is set to don the Team USA sweater for the second time in his career after recording six assists in seven games to help the U.S. capture a bronze medal at the 2008 IIHF Under-18 Men’s World Championship.

“The first thing that you get from Aaron Ness is an extremely quality person and teammate,” said Providence Bruins head coach Ryan Mougenel. “Anyone that has had an opportunity to play with him or coach him knows how special he is in that regard. As a defenseman, he’s all in. He’s never going to cheat you. He plays the game a certain way and holds himself to a certain standard. He plays hard and has a ton of courage.

“He’s really impressed me with how hard he plays,” Mougenel continued. “Team USA is very lucky to have such a high quality person that plays the way he does and leads the way he leads. Here in Providence, he really fits the Bruins fabric of a great leader and great person who plays the game with tons of courage.”

Ness has skated in 561 career AHL games, scoring 45 goals and adding 222 assists for 267 points, ranking 44th all-time in career assists by an AHL defenseman. Ness led the AHL in both assists (50) and points (55) by a defenseman during the 2018-19 season while playing with the Hershey Bears. His 128 career points with Hershey ranks tied for third all-time for points by a Bears defenseman.

The 2022 Beijing Olympic Winter Games will take place from February 3-20, 2022 in Beijing, China. Team USA will open the Olympic Games in Group A, alongside Canada, China, and Germany. The team’s first preliminary-round game will be played against China on Thursday, February 10, at 8:10 a.m. ET. The 2022 Olympic Games will air on the networks on NBC.