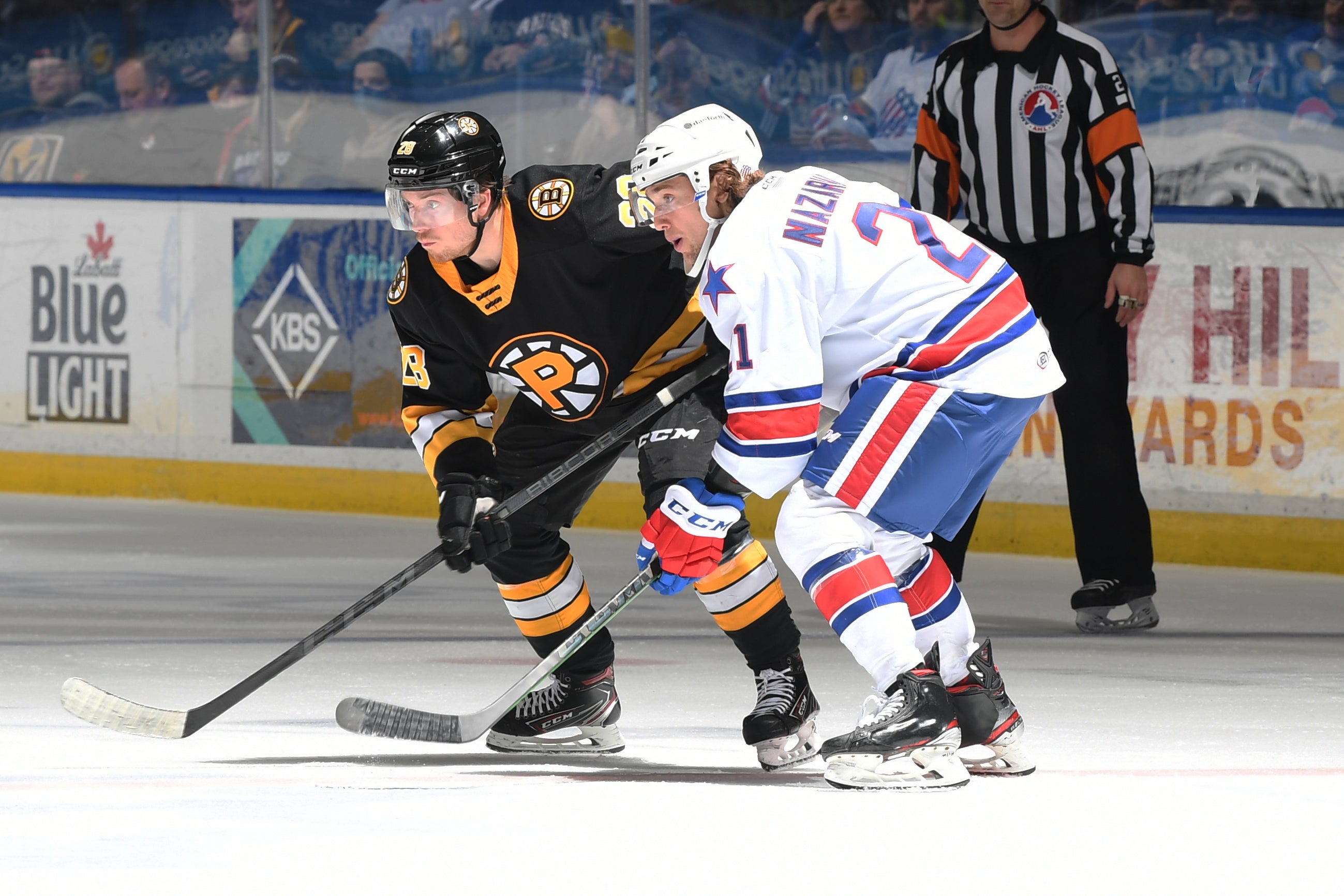 ROCHESTER, NY - After beginning the third period trailing 4-1, the Providence Bruins scored back-to-back goals to shrink the deficit to one, but the Rochester Americans found the empty net late in the game and defeated Providence, 5-3, on Wednesday night. The P-Bruins outshot the Amerks, 31-17, but went two-for-four on the penalty kill and zero-for-five on the power play.

- Jack Studnicka extended his point streak to five games with an assist. He has six points (2G, 4A) during that span.

- Oskar Steen scored his team-leading ninth goal of the season. He also leads Providence with 17 points.

- Steven Fogarty and Jesper Froden each recorded an assist. They are tied for the team-lead with 10 assists each.

- Samuel Asselin recorded a point for the second consecutive game, scoring his second goal of the season.

- Chris Wagner scored his fifth goal of the season, which is tied for third most on the team.

- Jakub Lauko recorded his seventh assist of the season.

- The P-Bruins will travel to Hartford, Connecticut and take on the Hartford Wolf Pack on Friday, December 31 at XL Center. Puck drop is set for 3 p.m. ET.