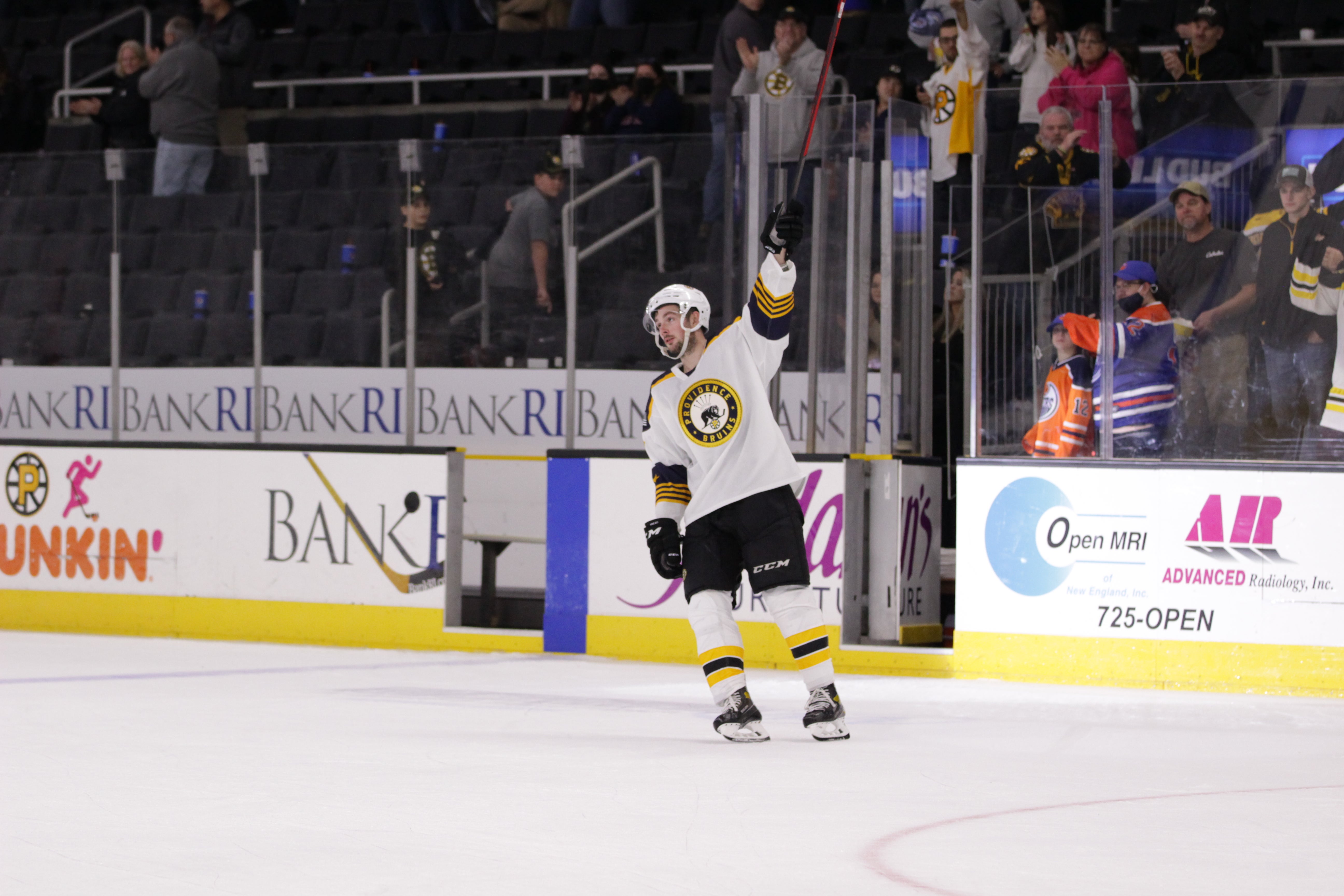 PROVIDENCE, RI - Zach Senyshyn scored his first career hat trick and added an assist as the Providence Bruins took down the Lehigh Valley Phantoms, 6-3, on Friday night. Eleven skaters for Providence recorded at least one point as the P-Bruins went five-for-five on the penalty kill and two-for-four on the power play. Providence outshot Lehigh Valley, 40-34.

“Sometimes these games are just galvanizing and I think you saw tonight how much guys care. I thought it was a real good turning point for us. There’s still things in our game that we’ve got to get better at, but those are those intangibles that I believe are so important and even bigger than the wins sometime. I’m really happy with how the guys came together and I think that was a big turning point for us.

“It says a lot about some of the older guys in here. They did a great job of helping relay that message. We’ve got the highest quality vets, I think, in the league in Wagner, Moore, Fogarty, and Senyshyn. These guys do a great job of relaying our message. As a staff, we took a lot of ownership in that last loss. That starts with us and the guys bought in, so that’s encouraging.”

- Zach Senyshyn scored his first career hat trick and added an assist for a four-point game.

- Jon Gillies got the start in goal for Providence and won his third game in as many starts. Gillies has a 1.67 goals against average and .948 save percentage this season.

- Jesper Froden recorded his fourth multi-point game of the season with two assists. Froden has nine points in his last six games with two goals and seven assists.

- Samuel Asselin and Jakub Lauko each recorded one assist.

- Jack Studnicka scored his second goal of the season. He has recorded three points (2G, 1A) in five games with Providence this season.

- Matt Filipe scored his first goal of the season and recorded a point for the second consecutive game after picking up an assist on Wednesday.

- On the back end, Jack Ahcan, Tyler Lewington, Brady Lyle, and Urho Vaakanainen each recorded one assist.

- 16 of 18 skaters recorded at least one shot on goal for Providence.

- The P-Bruins will remain home in Providence, Rhode Island and take on the Hartford Wolf Pack on Saturday, November 13 at Dunkin’ Donuts Center. Puck drop is set for 7:05 p.m. ET.