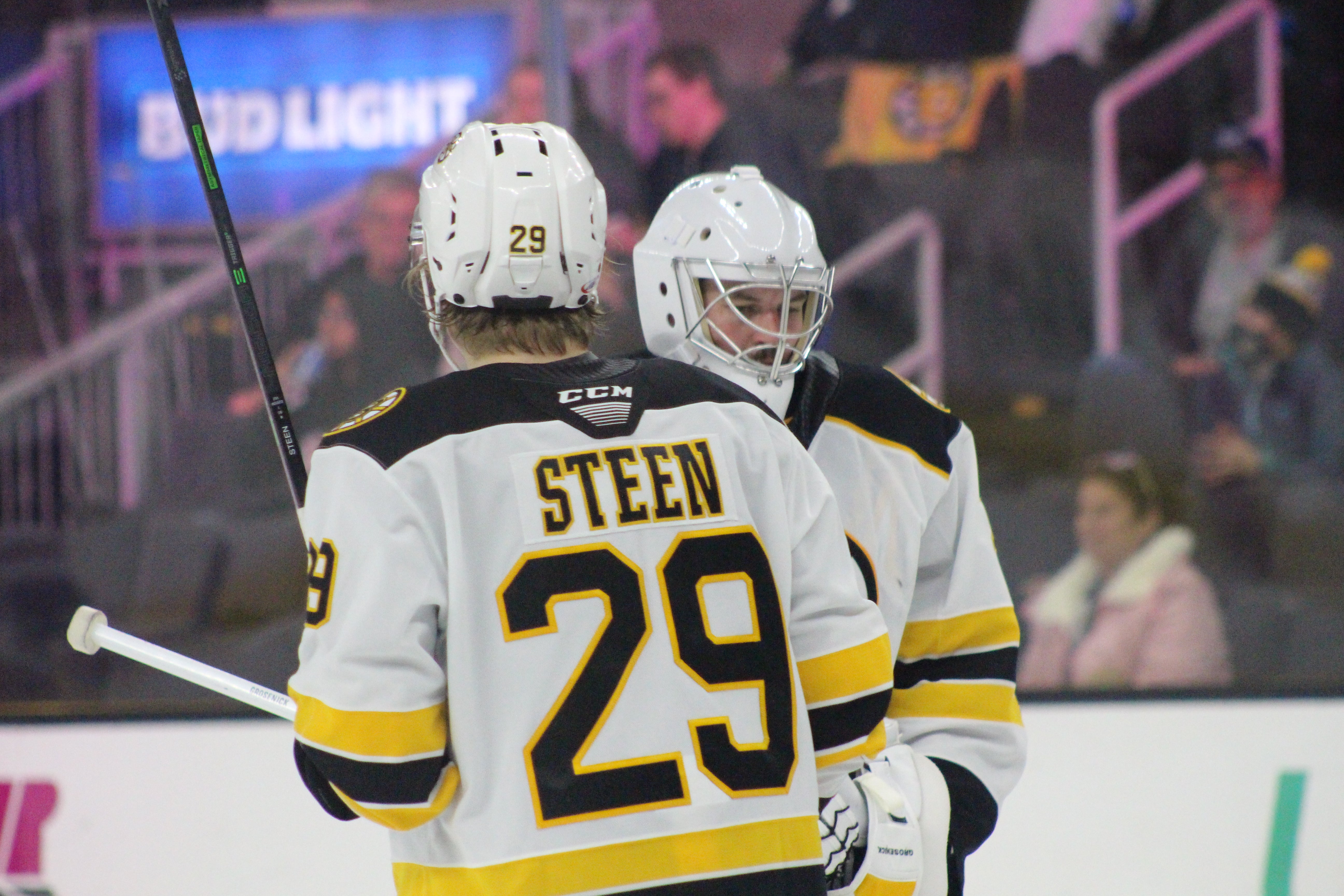 PROVIDENCE, RI - Oskar Steen scored the game-winning goal in overtime and Troy Grosenick made 23 saves in his return to the crease as the Providence Bruins defeated the Hartford Wolf Pack in overtime, 2-1, on Friday night. Providence outshot Hartford, 32-24, and went five-for-five on the penalty kill in the win. Providence has faced Hartford three times this season, with each game going to overtime.

“I thought the guys played really well. I thought Grosenick was really good, so that was very encouraging.

“I think the fourth line provided a lot for us tonight. That first four minute penalty kind of took Hallsy (Curtis Hall) out of it, but I think Flip (Matt Filipe) and Koppy (Joona Koppanen) did a great job creating energy and creating chances. I think the other lines fed off that and they all played really well.”

- Oskar Steen scored the overtime, game-winning goal - his team-leading sixth goal of the season. In his last seven games, Steen has scored six goals and added five assists for 11 points.

- Jesper Froden opened the scoring for Providence with his third goal of the season. Froden has recorded 10 points (3G, 7A) in 13 games this year.

- Troy Grosenick made his return to the crease after suffering a lower-body injury in the first game of the season. Grosenick made 23 saves on 24 shots.

- Aaron Ness picked up his first multi-point game of the season after recording an assist on both of Providence’s goals.

- Steven Fogarty picked up his sixth assist of the season on Steen’s overtime goal. Fogarty has scored four goals and added four assists for eight points in his last six games.

- The P-Bruins will remain home in Providence, Rhode Island and take on the Wilkes-Barre/Scranton Penguins on Saturday, November 20 at Dunkin’ Donuts Center. Puck drop is set for 7:05 p.m. ET.