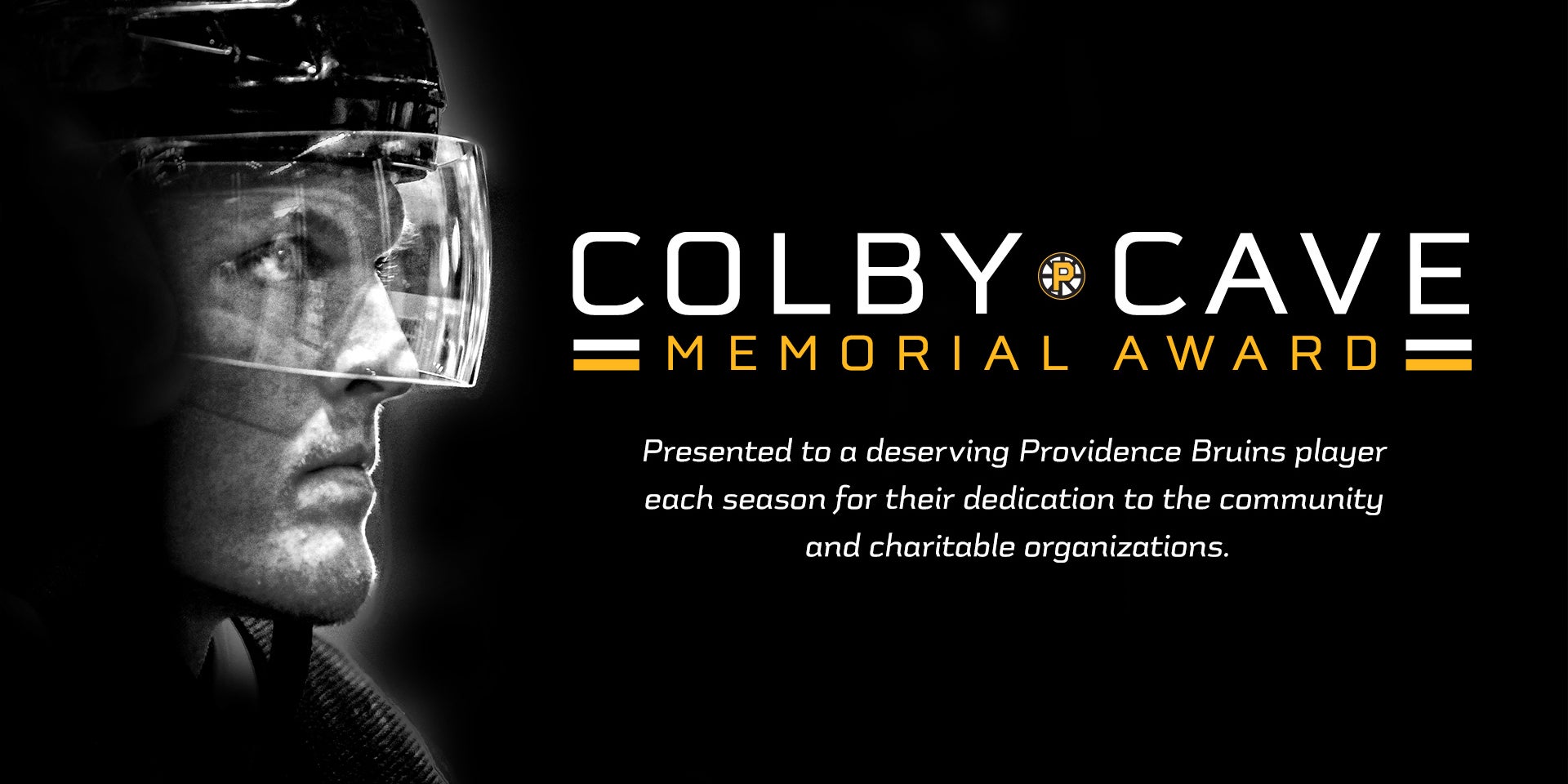 PROVIDENCE, RI - The Providence Bruins, in partnership with the Cave Family and the Boston Bruins Foundation, are proud to announce the creation of the Colby Cave Memorial Award to honor his commitment to helping those in need. The award will be presented each season to a deserving Providence Bruins player for their dedication to the community and charitable organizations.

Colby Cave played parts of five seasons in Providence, leaving a lasting impression on his teammates, coaches, the fans and the community with his kindness, compassion and dedication. He often wore an A as an Assistant Captain for the P-Bruins. In 239 games for Providence, Cave recorded 43 goals and 72 assists for 115 points.

Cave would also appear in 23 games with the Boston Bruins over two seasons, notching his first NHL goal in a Bruins 4-0 win over the Montreal Canadiens at the Bell Centre in Montreal. Cave also added four assists for five points total during his time with the Bruins.

The North Battleford, Saskatchewan native was originally signed by the Bruins to an entry-level contract on April 7, 2015.

“The Colby Cave Memorial Award is a special way to honor and remember Colby for his leadership qualities and humanitarian efforts,” said Bruins General Manager, Don Sweeney. “Driven and committed to be an NHL player, Colby was also uniquely unselfish with teammates and anyone that needed help! Emily, the Cave Family and the entire Hockey World lost a great person who was beloved by everyone that was fortunate enough to spend time with Colby Cave.”

“From the first day he stepped into the Dunkin’ Donuts Center to the day he left for the NHL, Colby Cave inspired each and every one of us with his diligence, selflessness and compassion,” said Providence head coach Jay Leach. “Always the first to help, both with his teammates, and throughout our community, Colby set the precedent that we aspire to uphold."

Fans who would like to honor Colby’s memory can do so by donating at BostonBruins.com/Community/Foundation-Donations. The fund’s proceeds go toward community programs with an emphasis on mental health initiatives and providing access to sports for underprivileged children.