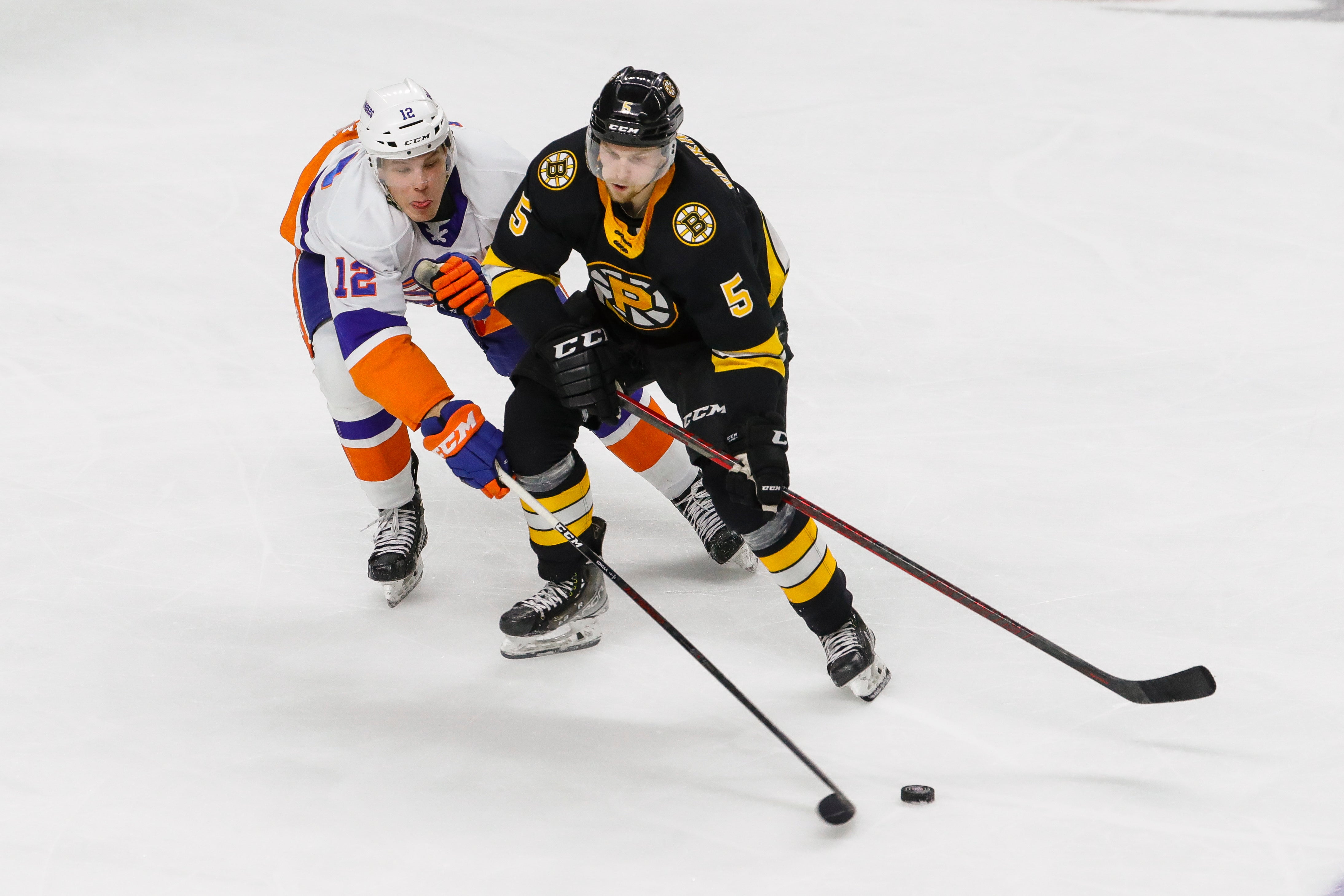 BRIDGEPORT, CT. - Steven Fogarty, Jesper Froden, and Cameron Hughes each recorded a multi-point game, but the Bridgeport Islanders scored late in the third period and defeated the Providence Bruins on Wednesday night, 4-3. Providence went one-for-one on the power play and two-for-three on the penalty kill. Troy Grosenick got the start in goal for Providence and recorded 33 saves.

- Samuel Asselin opened the scoring with his third goal of the season. He has recorded four points (2G, 2A) in his last five games.

- Jesper Froden scored his sixth goal of the season, a power-play goal, and recorded an assist. He has picked up six points (2G, 4A) in his last six games.

- Cameron Hughes scored a goal and recorded the secondary assist on Froden’s tally to extend his point streak to three games. He has six points (4G, 2A) during the streak and eight points (5G, 3A) over his last five games.

- Steven Fogarty recorded two assists and leads Providence with 13 helpers. He ranks second on the team with 19 points overall and has six points (1G, 5A) in his last five games.

- The P-Bruins will return home to Providence, Rhode Island, and take on the Lehigh Valley Phantoms on Friday, January 7 at Dunkin' Donuts Center. Puck drop is set for 7:05 p.m. ET.