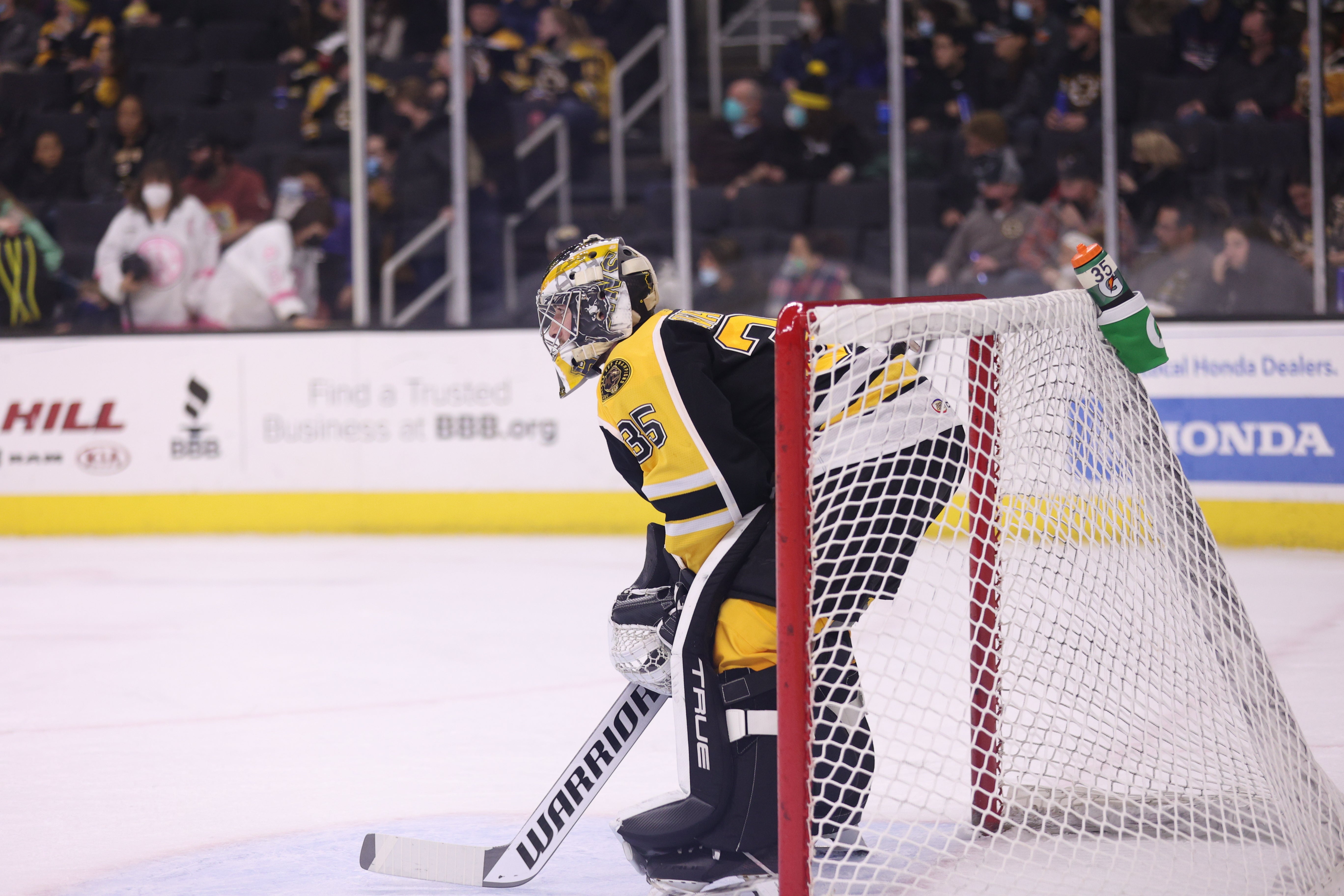 PROVIDENCE, R.I. - Eleven different Providence skaters recorded at least one point on Friday night as the P-Bruins skated to a 5-1 victory over the Hartford Wolf Pack. Justin Brazeau and Zach Senyshyn led the way with two points each while Jeremy Swayman made his season debut for Providence, making 19 saves on 20 shots against. Providence outshot Hartford, 36-20.

- Justin Brazeau scored a goal and added an assist. He has three points (1G, 2A) in his last three games.

- Zach Senyshyn also scored a goal and added an assist. Senyshyn has three points (1G, 2A) in his last two contests.

- Cameron Hughes picked up an assist and extended his point streak to four games. He has seven points (4G, 3A) during that span.

- Nick Wolff recorded an assist and has now picked up six helpers in his last six games.

- Jesper Froden scored a goal for the second consecutive game, his seventh tally of the season.

- Samuel Asselin and Jack Studnicka each picked up an assist and extended their point streaks to three games.

- Aaron Ness and Matt Filipe each recorded one assist.

- The P-Bruins will travel to Springfield, Massachusetts, and take on the Springfield Thunderbirds on Friday, January 14 at MassMutual Center. Puck drop is set for 7:05 p.m. ET.