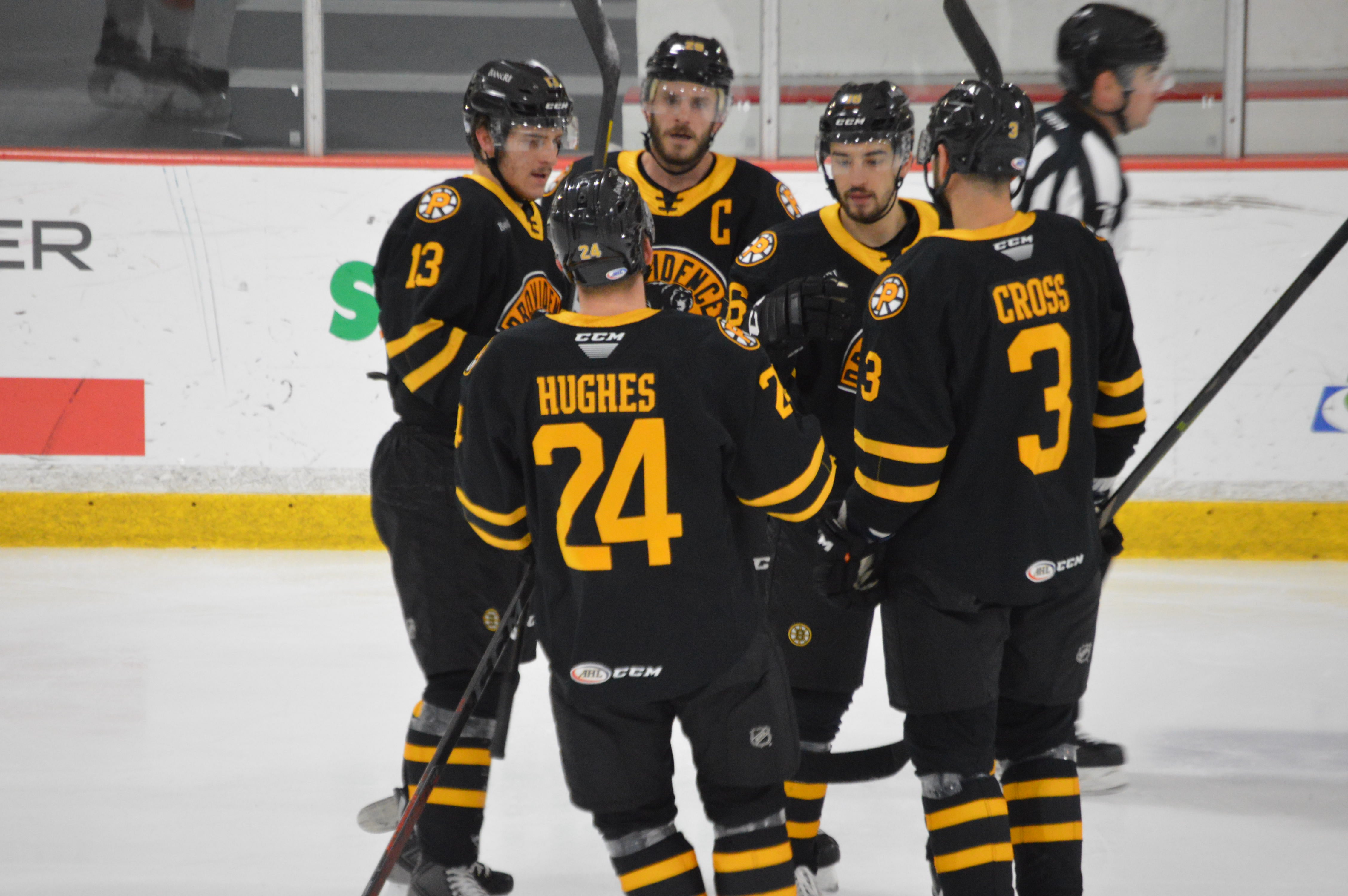 MARLBOROUGH, MA. - Callum Booth earned his first win of the season and Brady Lyle recorded three points as the Providence Bruins defeated the Bridgeport Sound Tigers, 5-2, on Monday afternoon. The win marks Providence’s third straight win and ninth win in their last 11 contests. The P-Bruins improved to 10-2-1 with the victory and have a plus-19 goal differential on the season. Providence has recorded a point in seven consecutive contests and 10 of their last 11 games.

“He (Lyle) has been pretty solid for us in all aspects. To be honest, I didn’t know a whole lot about the player. We obviously signed him out of junior. I never really saw him and we didn’t have the opportunity to see him in rookie camp like we usually would. He came in really with a blank canvas with our staff, but he’s been great - he’s been solid.

One thing I like about Brady is he’s really hard on the puck. He obviously has a hard shot, which you saw today, but every pass is hard. It’s a pro pass.

In battles, he’s able to win pucks. He’s obviously working on certain aspects of his game to transition to professional hockey, but it’s been a terrific start. We’re able to play him in most situations, which is a lot to say for a young rookie defenseman coming out of junior.”

- Tommy Cross scored two goals, his first two goals of the season. The goals mark Cross’s first with the P-Bruins since February 11, 2018. With the two goals, Cross extended his point streak to four games.

- Callum Booth recorded his first win of the season, making 36 saves on 38 shots against.

- Robert Lantosi scored a goal and added an assist for his second multi-point game of the season. Lantosi has recorded nine points (5G, 4A) in 13 games this season.

- Cameron Hughes extended his point streak to four games with an assist. He has seven points (2G, 5A) during that four-game span. His 13 points (4G, 9A) lead the P-Bruins.

- Jakub Lauko recorded an assist and extended his point streak to three games. Lauko has 11 points (4G, 7A) in 12 games this season, which is good for second amongst P-Bruins skaters.

- Pavel Shen scored his first goal of the season and recorded a point for the second straight game.

- Ian McKinnon recorded his first point of the season with an assist.

- Alex-Olivier Voyer collected the first assist of his career.

- The P-Bruins will travel to Hartford, Connecticut and take on the Hartford Wolf Pack on Saturday, March 20 at XL Center. Puck drop is set for 1 p.m. ET.