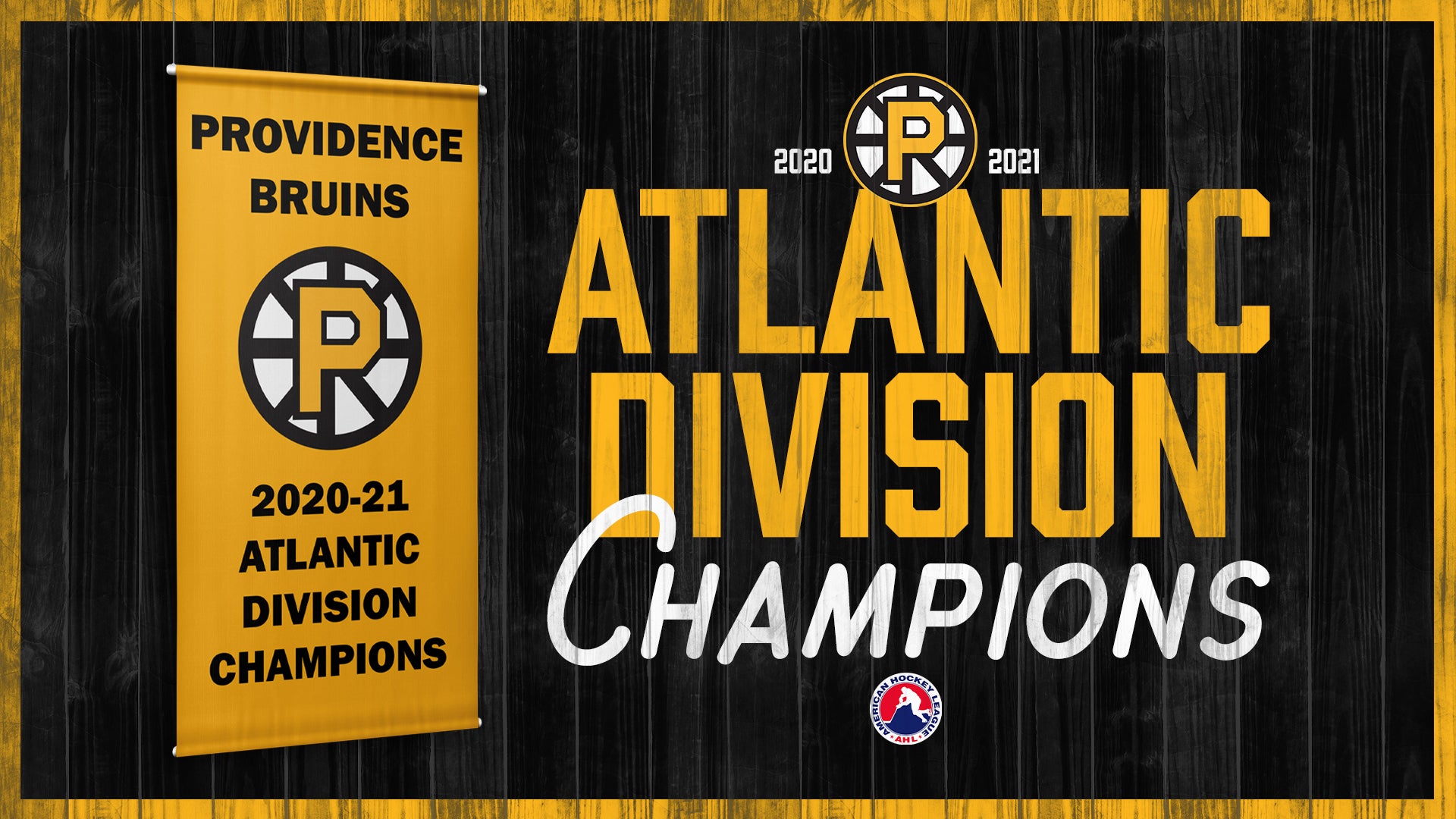 MARLBORO, MA. - The Providence Bruins defeated the Hartford Wolf Pack, 6-3, on Thursday afternoon and clinched a first place finish in the Atlantic Division. This marks the first time in P-Bruins franchise history that the team has won their division in two consecutive seasons. Ian McKinnon and Curtis Hall both scored their first career AHL goals in the victory, helping Providence climb back from a 2-0 deficit en route to six consecutive goals.

“I think in a year that we weren’t really sure which way was up, the one thing we did know was today at 1:00 we had an opportunity to either win or lose a division title. Those opportunities don’t come around too often. I think our guys certainly took full advantage of it. I think they actually might have been a little nervous to start.

We have a young group back there, especially on the back end. It was a good experience for them. Hartford gave us everything they had. We were able to sustain some hits and then obviously we got on the board and got going. It’s a nice way to end the season, that’s for sure.”

- Zach Senyshyn scored exactly one minute following McKinnon’s goal to tie the game at two. Senyshyn added an assist and finished with five shots on goal.

- Nearly five minutes after Senyshyn tied the game, Urho Vaakanainen scored his first goal of the season, a shorthanded tally, to give Providence a 3-2 lead.

- Dan Vladar recorded 31 saves this and will wrap up the season with a 2.19 goals against average paired with a .923 save percentage.

- Jack Ahcan and Eduards Tralmaks each recorded an assist in the win.

- In total, 16 of Providence’s 18 skaters recorded at least one shot on goal.