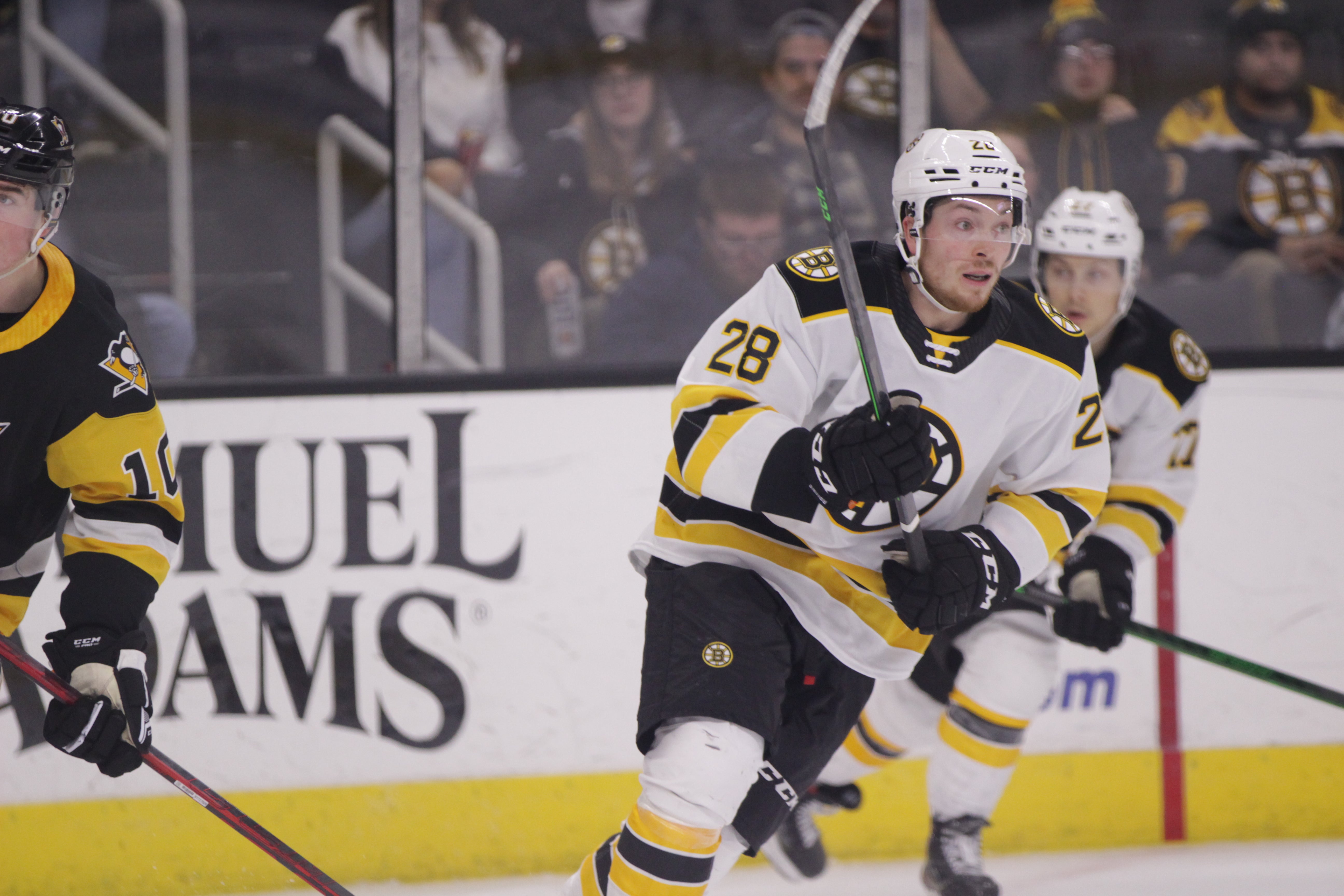 PROVIDENCE, RI - Jakub Lauko scored his third goal of the season and Kyle Keyser made 30 saves, but the Providence Bruins fell to the Wilkes-Barre/Scranton Penguins, 3-1, on Saturday night. Providence outshot Wilkes-Barre/Scranton, 43-33, and went four-for-four on the penalty kill, but just one-for-seven on the power play. In total, 15 of Providence’s 18 skaters recorded at least one shot on goal.

- Jakub Lauko scored his third goal of the season in the third period, a power-play goal. Lauko has scored two goals in his last three games.

- Cameron Hughes picked up the primary assist on Lauko’s goal, his fourth helper of the year, and also recorded five shots on goal.

- Aaron Ness found his way onto the score sheet for the second consecutive game after picking up the secondary assist on Lauko’s goal. Ness has recorded three assists in his last two games.

- Kyle Keyser recorded 30 saves on 32 shots against. Through nine appearances this season, Keyser has a 2.70 goals against average paired with a .907 save percentage.

- The P-Bruins will travel to Hershey, Pennsylvania and take on the Hershey Bears on Wednesday, November 24 at Giant Center. Puck drop is set for 7 p.m. ET.