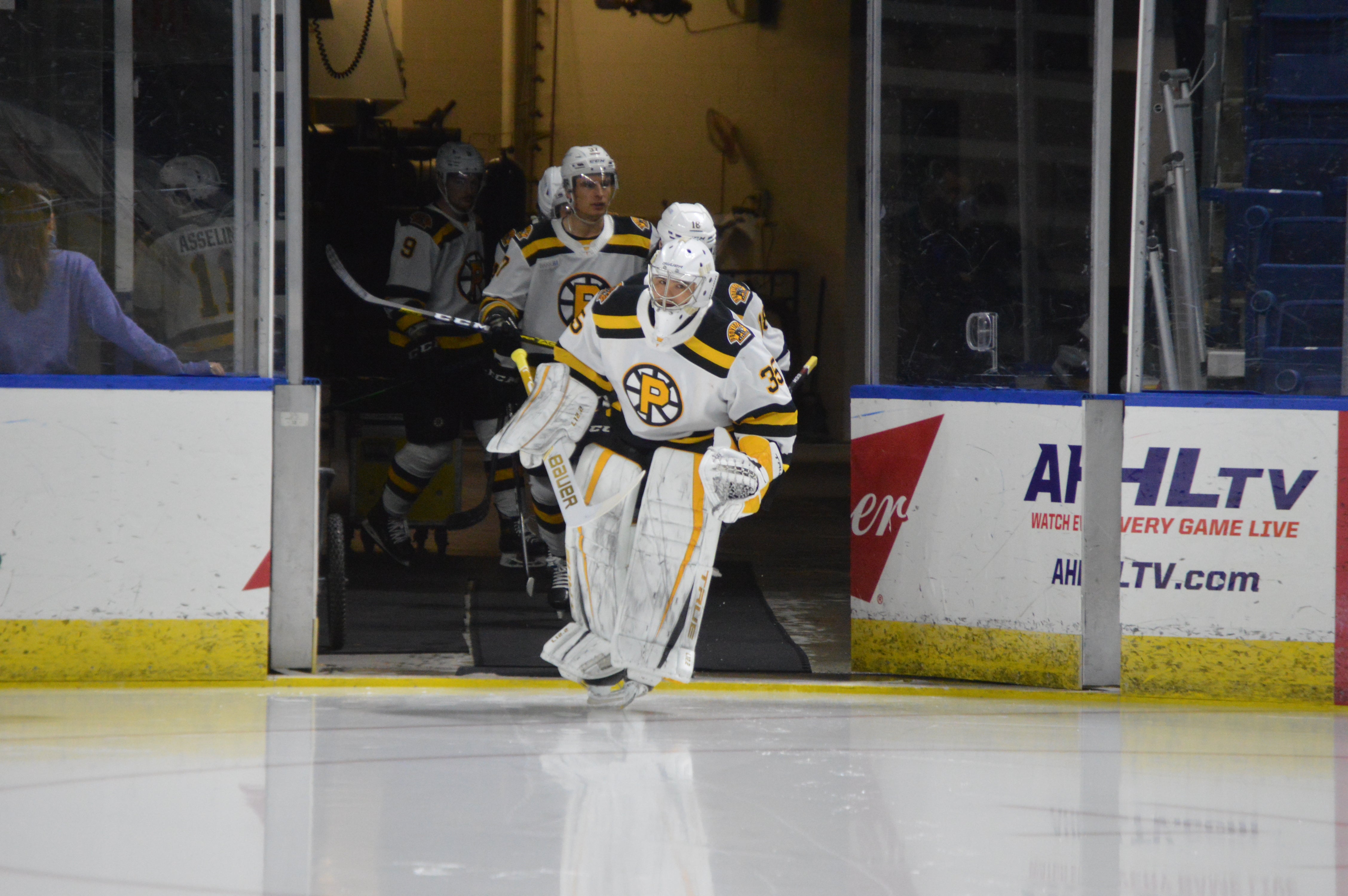 BRIDGEPORT, CT. - Robert Lantosi scored a goal late in the third period to force overtime and Kyle Keyser stood tall in the crease with 27 saves, but the Providence Bruins fell to the Bridgeport Sound Tigers in the shootout, 4-3, on Monday afternoon. Providence came from behind to tie the game on three separate occasions and went three-for-three on the penalty kill while outshooting Bridgeport, 33-31, in the loss.

“We were a step behind and we held our goalie out to dry for 40 minutes. That was certainly something that we wanted to make sure of - that we were not going to play that way in the third period.

I think the guys responded very well, obviously. We played the way we should play. It’s a learning lesson. I think we’re a very young team right now. We’ve got a lot of young players that might have thought they were tired in this third game in five nights. What they have to quickly realize is that there’s three games in 48 hours sometimes in this league. Three games in five nights is a luxury.

I think all of that might have hit home with some of them and we were able to claw back, which was a great effort. We just couldn’t close it out. I thought it was a poor first 40 and then the 20 after was obviously the way that we would like to play.

That was a really hard challenge that he (Keyser) took on and I thought he was really good. He had some big saves. That point, for me, was all him. We wouldn’t have been close if it wasn’t for him bailing us out in the first 40.”

- Cameron Hughes scored Providence’s first goal of the game and added the primary assist on the second goal. Hughes leads the P-Bruins with 21 points (5G, 16A) in 24 games this season and is currently riding a three-game point streak.

- Brady Lyle scored his seventh goal of the season. Lyle’s seven goals leads all defensemen in the AHL this season. The rookie has recorded 14 points (7G, 7A) in 24 games this year.

- Robert Lantosi tied the game for Providence with 4:12 remaining in the third period. The goal was Lantosi’s team-leading ninth tally of the season. He has recorded 15 points (9G, 6A) in 24 games this year.

- Jack Studnicka picked up his fifth assist in 10 games played this season.

- Jakub Lauko recorded the primary assist on Lantosi’s third period goal. Lauko is second on the P-Bruins in scoring with 19 points (5G, 14A) in 22 games this season.

- Kyle Keyser collected 27 saves, some in spectacular fashion, and also recorded the first assist of his AHL career. Keyser has recorded a 2.56 GAA and .913 SV% in five appearances this season.

- The P-Bruins will travel to Marlborough, Massachusetts and conclude their season against the Hartford Wolf Pack on Thursday, May 6 at New England Sports Center. Puck drop is set for 1 p.m. ET.