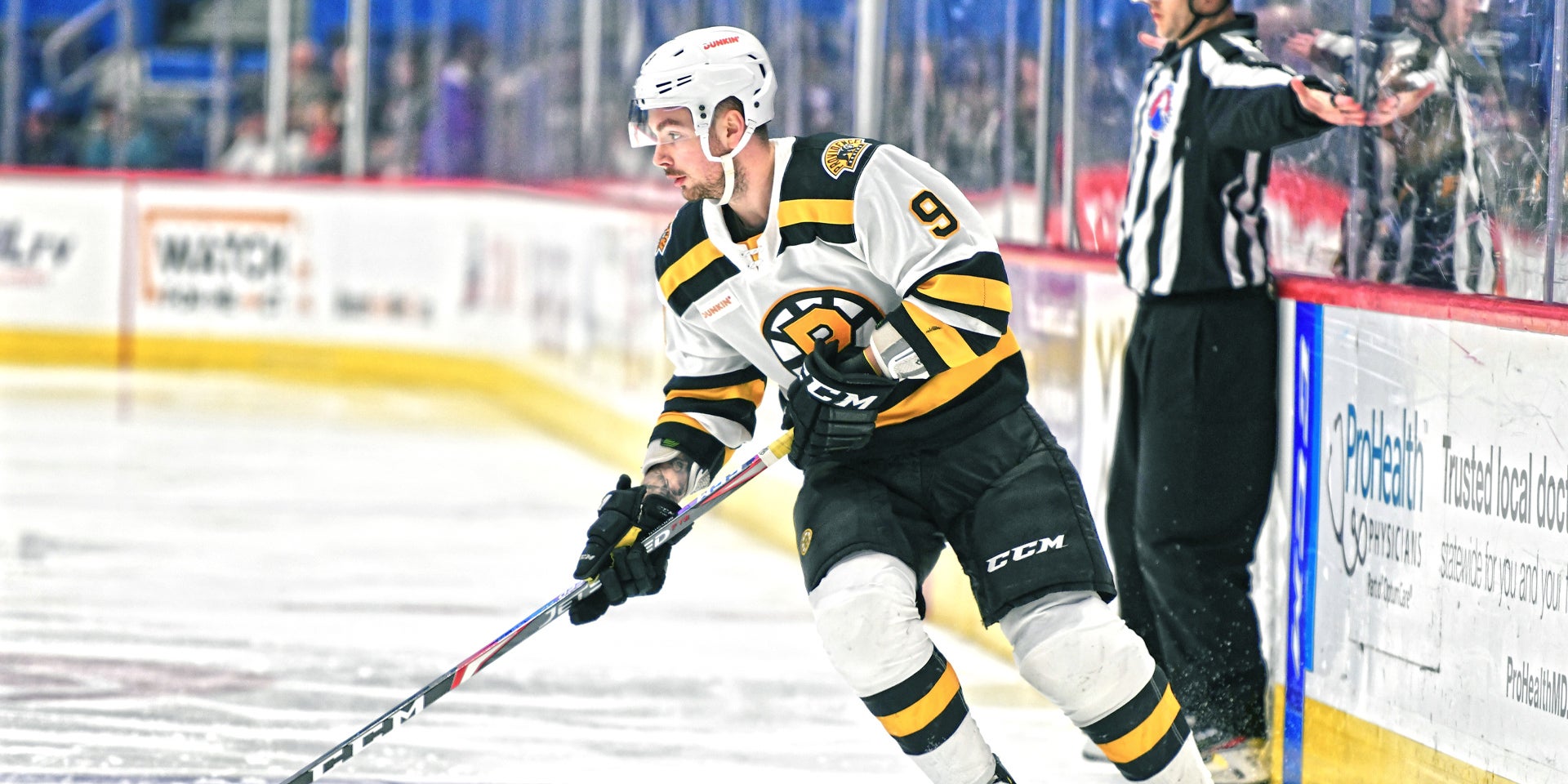 HARTFORD, CT. - Paul Carey led the way with two goals and Dan Vladar recorded 19 saves as the Providence Bruins set a new franchise record with their 12th consecutive win, defeating the Hartford Wolf Pack, 3-1, on Wednesday night. The 12-game winning streak surpasses the previous record of 11 straight wins set by the Calder Cup champion 1998-99 Providence Bruins. With the victory, Providence holds the top spots in both the Atlantic Division and Eastern Conference.

“It’s a nice feather in our cap. We all have visions of a bit more with the group we have. We’re hoping for continued success down the stretch and into the playoffs. By no means does that diminish the feat of winning 12 in a row. We know the Providence team that won 11 in a row eventually went on to win the Calder Cup, so that puts us in good company. The boys decided they wanted to do it and they did it. Credit goes to all of them from the goaltending on out. They’ve come together as a group and obviously enjoy playing together and winning together.”

“The streak is pretty special. We put a lot of hard work in the beginning of the year and it’s starting to pay off now. We’ve got some hot goaltenders and it seems like we’re trending in the right direction for this time of year. Setting that record is pretty special and we can all hang our hat on that once the season’s over. For now, we’re staying dialed in.

“It was nice getting back on the scoresheet. We seem to have done a good job of really spreading the production around during this streak. That’s what you need to do if you want success come playoff time. It was nice finding the back of the net tonight.”

- Paul Carey scored two goals and now has 22 on the season, two shy of his career high.

- Jakub Zboril scored a goal and added an assist for his second multi-point game of the season.

- Zach Senyshyn recorded one assist and extended his point streak to three games. He has two goals and one assist during that span.

- Peter Cehlarik recorded one assist and has collected at least one point in seven of his last nine games. He has nine points (3G, 6A) during that span.

- Ryan Fitzgerald recorded an assist and has two points (1G, 1A) in his last three games.

- The P-Bruins will travel to Charlotte, North Carolina and take on the Charlotte Checkers on Saturday, March 14 at Bojangles’ Coliseum. Puck drop is set for 6 p.m. ET.