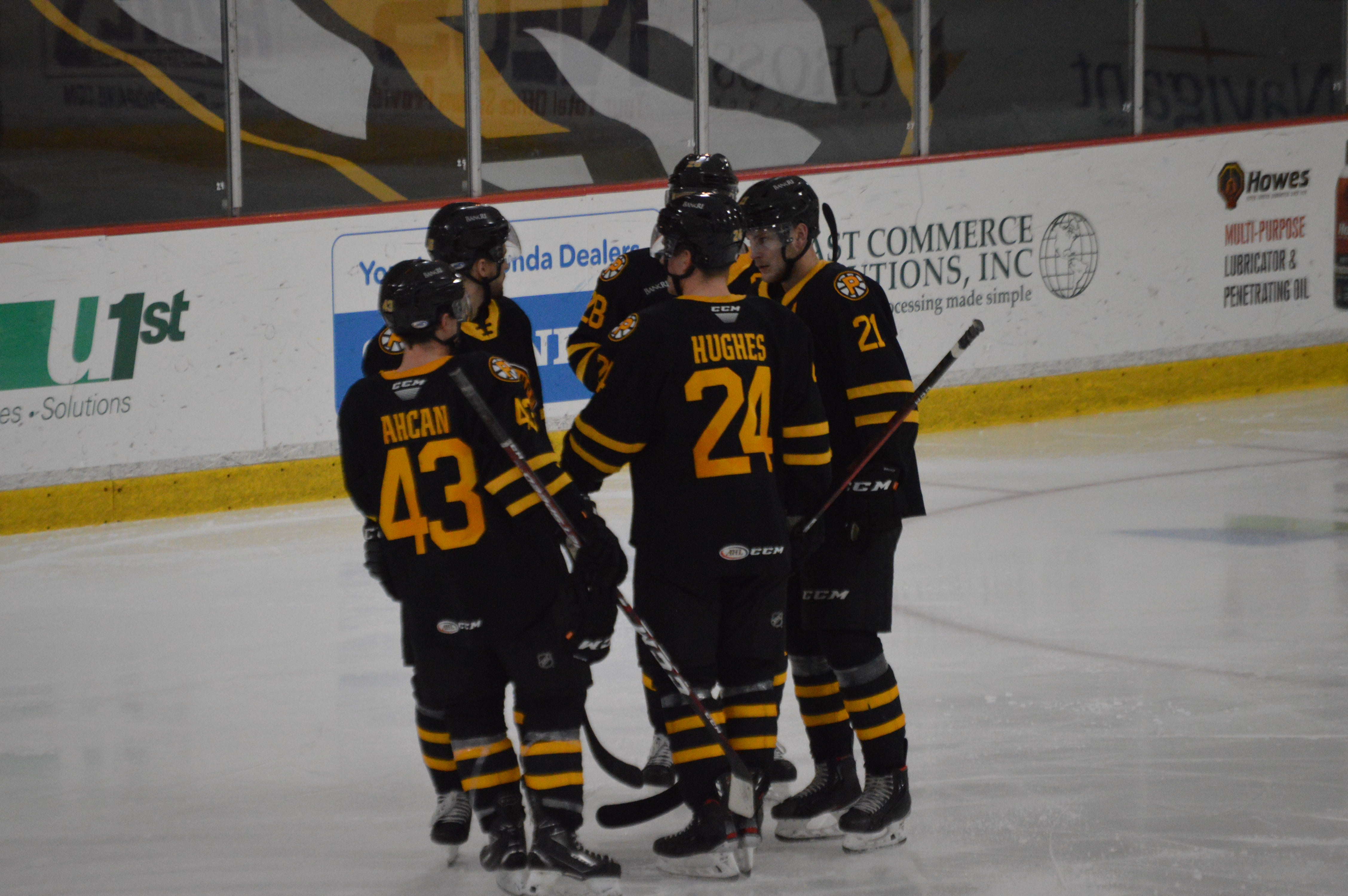 MARLBOROUGH, MA. - Jakub Lauko scored two goals, Cameron Hughes recorded three points, and Jeremy Swayman made 26 saves as the Providence Bruins defeated the Hartford Wolf Pack, 5-2, on Friday afternoon. The win marks Providence’s eighth win in their last 10 contests. The P-Bruins improved to 9-2-1 with the victory and have a plus-16 goal differential on the season. Three different Providence skaters recorded a multi-point game in the victory as the P-Bruins improved to 4-1-1 against Hartford this season.

“He (McKegg) adds a lot. He was pretty good. He’s really hard on the puck. He’s got speed and he’s smart. He plays in all situations and is terrific in the faceoff circle. I thought that line was excellent.

We have to remember he (Lauko) is 20 and he’s a young, young professional. He certainly has offense. He certainly has speed and some physicality, as we saw in the first. There are definitely times - we talk regularly on it, when he’s able to do some good things in the D-Zone.

He (Steen) is just a competitive guy by nature. He’s always been that way. He’s very effective with his speed and inside game. It’s tough to play against guys like that.”

- Jakub Lauko scored two goals, his third and fourth of the season. Lauko is tied for second on the P-Bruins with 10 points (4G, 6A) in 11 games this season.

- Cameron Hughes extended his point streak to three games with a goal and two assists. Today marks the fourth multi-point game of the year for Hughes, who has six points (2G, 4A) in his last three games and 12 points (4G, 8A) in 12 games this season.

- Jeremy Swayman improved to 7-0-0 after recording 26 saves on 28 shots. Swayman has a 1.57 goals against average and .942 save percentage this season.

- Tommy Cross also extended his point streak to three games after picking up an assist for the third consecutive contest.

- Anton Blidh scored his second goal of the season and has five points (2G, 3A) through nine games

- Karson Kuhlman scored a goal for the second consecutive game.

- Paul Carey recorded his team-leading 10th assist of the season.

- Oskar Steen collected an assist and has eight points (3G, 5A) in 12 games this year.

- Josiah Didier picked up his second assist of the season.

- The P-Bruins will return to Marlborough, Massachusetts and take on the Bridgeport Sound Tigers on Monday, March 15 at New England Sports Center. Puck drop is set for 1 p.m. ET.