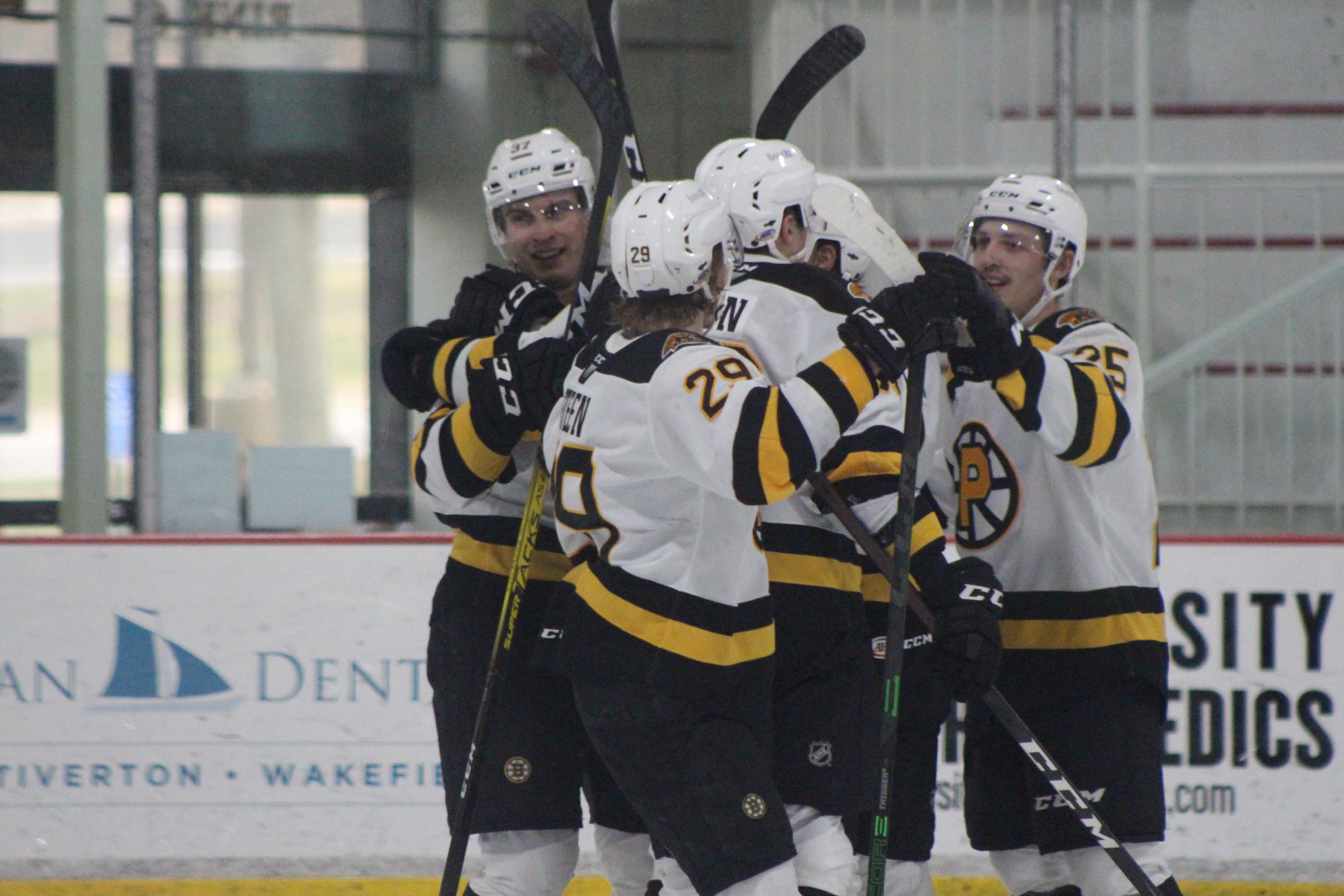 MARLBOROUGH, MA. - Eduards Tralmaks and Brady Lyle each scored a goal and Kyle Keyser made 26 saves as the Providence Bruins defeated the Bridgeport Sound Tigers, 2-1, on Monday afternoon. The victory marks Providence’s fifth straight win over Bridgeport and fifth win in their last seven contests, overall. With the victory, Providence improved to 13-3-1 on the season with a plus-24 goal differential. The P-Bruins are 5-3-1 at New England Sports Center this season.

“I thought he (Tralmaks) was good right from the get go. He was on pucks, skating in straight lines - he was under people. He made a couple plays off the wall and played good defensively. He could have had two. He was around the net looking to shoot pucks. He was impressive.

He (Keyser) was really good. That was probably the best I’ve seen him play. I thought he was able to locate everything. There were a couple of chances off the rush that he made look easy. He was out at the top of his crease and was very impressive. He certainly earned that victory.”

- Eduards Tralmaks made his AHL debut and scored his first career goal. Tralmaks, a native of Riga, Latvia, skated in 12 games with the University of Maine Black Bears this season, scoring six goals and adding four assists for 10 points.

- Brady Lyle scored the game-winning goal, on the power play, late in the third period. The goal marks Lyle’s fifth of the season, which is tied for first amongst all AHL defensemen.

- Kyle Keyser improved to 2-0-0 on the season, stopping 26 of 27 shots. Through two appearances this season, Keyser has recorded a .964 save percentage and 1.00 goals against average.

- Tommy Cross picked up an assist, bringing his total to four this season. In eight appearances this year, Cross has six points (2G, 4A) and has recorded at least one point in five of those eight contests.

- Oskar Steen recorded a point for the second straight game with an assist. Steen has 10 points (4G, 6A) in 15 games this season.

- Cooper Zech also recorded an assist today for the second consecutive game. Zech has six points (1G, 5A) in 14 contests this year.

- Nick Wolff picked up his second assist of the season with a helper on Tralmaks’ game-opening goal.

- The P-Bruins will travel to Hartford, Connecticut and take on the Hartford Wolf Pack on Saturday, April 10 at XL Center. Puck drop is set for 1 p.m. ET.