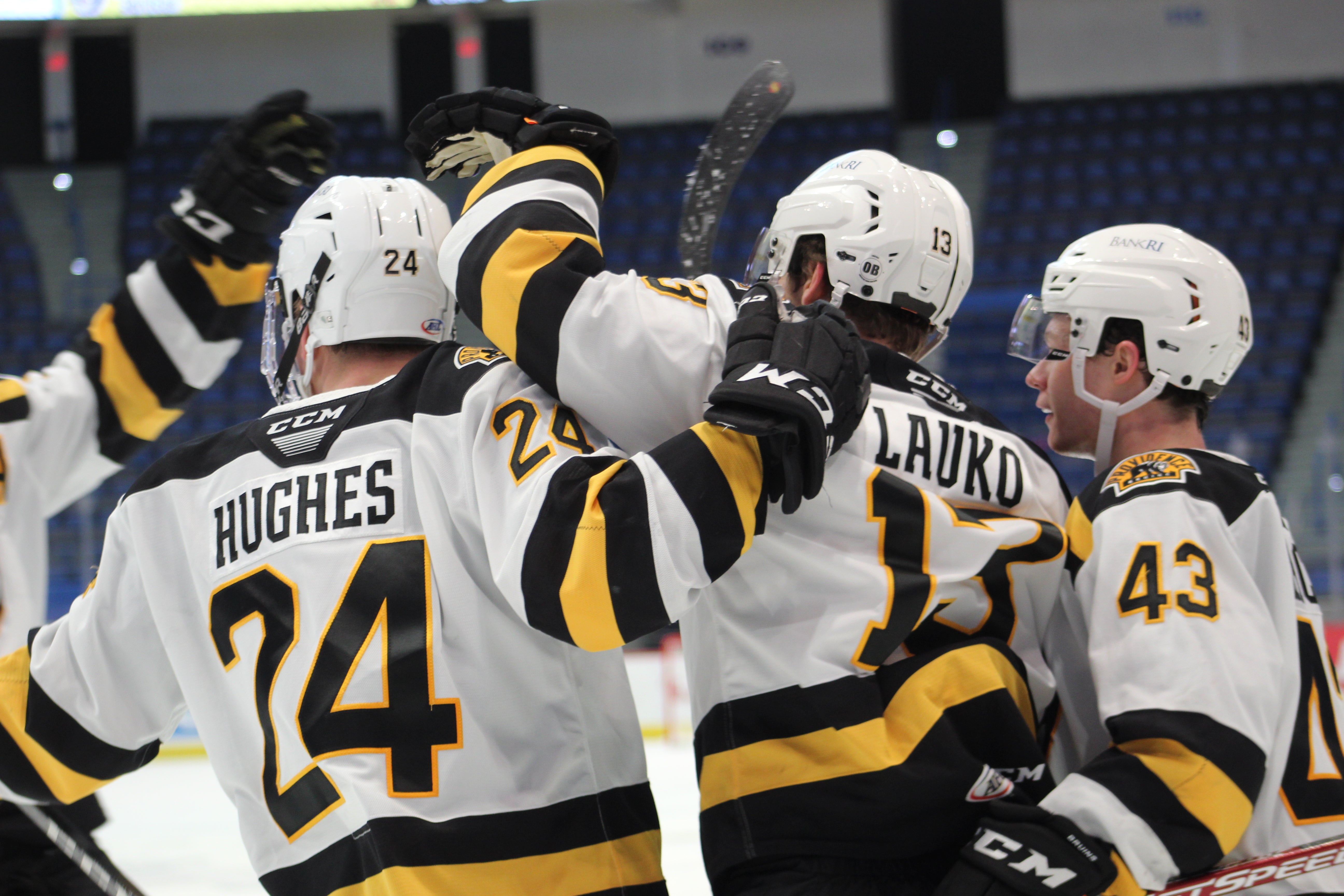 HARTFORD, CT. - Jack Ahcan scored his first career goal and Jeremy Swayman collected his fourth consecutive victory as the Providence Bruins defeated the Hartford Wolf Pack, 4-2, on Saturday afternoon. Four different P-Bruins skaters recorded multi-point games in the team’s second victory over Hartford this season. Providence went 1-for-2 on the power play and 1-for-1 on the penalty kill, outshooting the Wolf Pack by a count of 32-29.

“It was a great way to bounce back after a disappointing loss a few days ago. I thought our compete level was much better today. We skated hard and made some mistakes along the way, but when we did, we had Sway (Jeremy Swayman) ready to back us up.

I thought we had too many passengers in our last game. Today, everyone was engaged and we’re obviously very excited to have gotten the win. This building can be a really hard place to play and I thought we handled that well today.”

- Jack Ahcan scored his first career AHL goal with a slap shot from the point on the power play. Ahcan also collected the lone assist on the game opening goal. He has recorded five points (1G, 4A) in seven games this season.

- Jeremy Swayman collected his fourth consecutive win of the season, recording 27 saves on 29 shots. Swayman is 4-0-0 this season with a 2.00 goals against average and .929 save percentage.

- Zach Senyshyn extended his point streak to five games with a goal and an assist. Senyshyn has seven points (4G, 3A) in seven games this season.

- Cameron Hughes collected his second multi-point game of the season with two assists. Hughes has six points (2G, 4A) in seven games this season.

- Jakub Lauko scored the game-winning goal for Providence, his second tally of the season. Lauko has six points (2G, 4A) in six games this season.

- Anton Blidh picked up his first goal of the season. Blidh has two points (1G, 1A) through four games.

- Samuel Asselin collected his third helper of the season with an assist on Blidh’s third period goal.

- The P-Bruins will return to Hartford, Connecticut and take on the Hartford Wolf Pack on Tuesday, March 2 at XL Center. Puck drop is set for 1 p.m. ET.