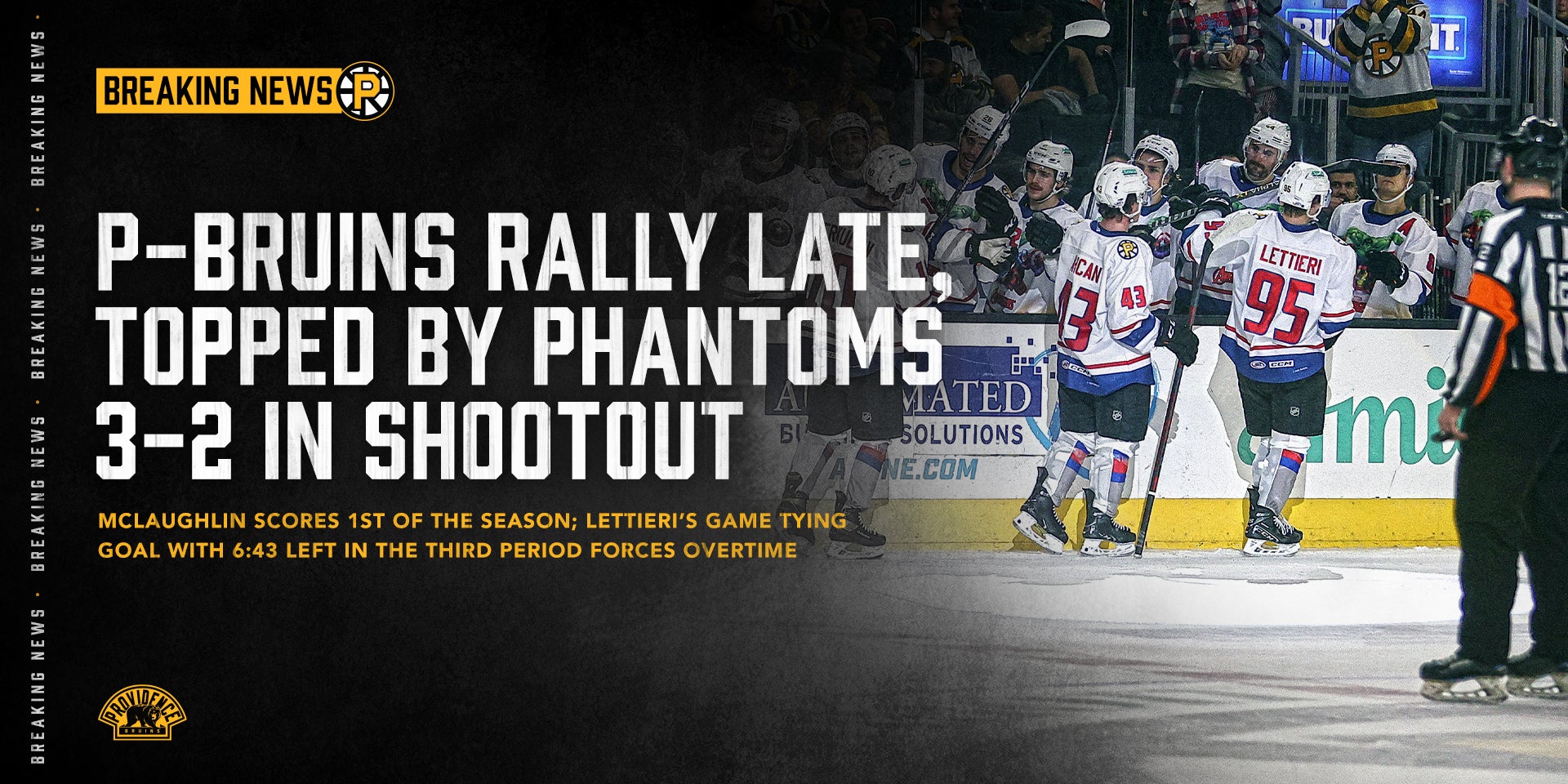 Providence, RI - Vinni Lettieri’s game tying goal with 6:43 left in the third period was enough to force overtime, but the Providence Bruins eventually fell to the Lehigh Valley Phantoms 3-2 in a shootout on Saturday night at the Amica Mutual Pavilion. Marc McLaughlin notched his first goal of the season to get Providence on the board. Brandon Bussi made 43 saves in the effort.

The P-Bruins host the Bridgeport Islanders on Sunday, November 20 at the Amica Mutual Pavilion. Puck drop is set for 3:05 p.m. ET.