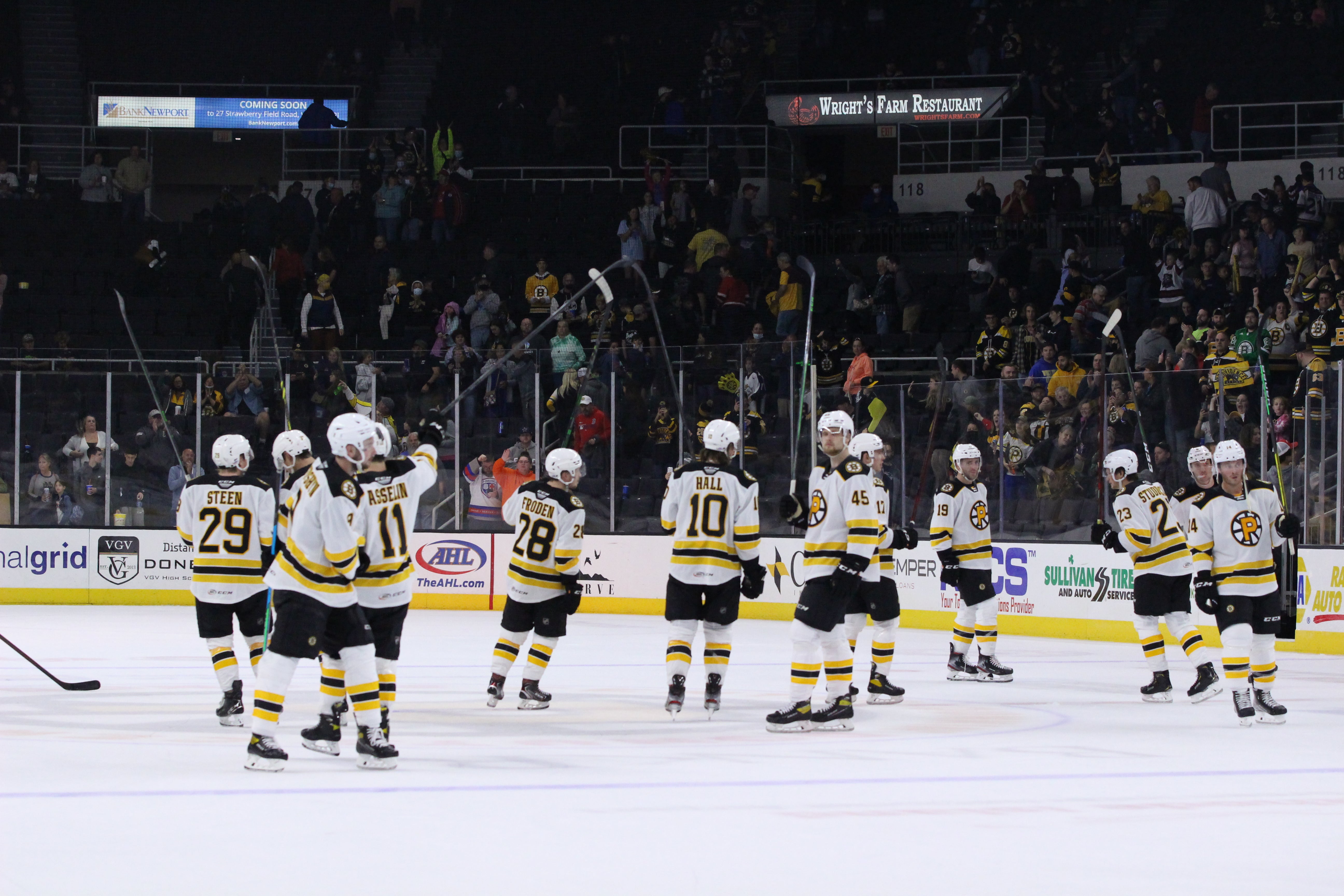 PROVIDENCE, RI - The Providence Bruins opened the 2021-22 season with a 2-1 shootout win over the Bridgeport Islanders. Kyle Keyser took over in net in the second period for Providence, making 19 saves on 19 shots and stopping both shots in the shootout. Jack Studnicka and Jesper Froden each scored one goal in the shootout. Providence outshot Bridgeport, 44-35, and went one-for-one on the penalty kill.

“Well, he didn’t allow any goals, so I think it (his play) was outstanding. A testament to Kyle, he saw some tough shots, especially early. He’s been very good in camp and it’s kind of fun to see his progression. We’re going to lean on him early on.”

On the crowd at The Dunk

“It was awesome. I wish everybody got to experience what we got to experience at ice level. It was definitely exciting, not to say that the goals in Marlborough weren’t exciting, but it definitely added to the excitement. I know it just feels different and the guys were excited. It was great to see some familiar faces when you’re going back out to the bench. It’s obviously been hard for everybody, but selfishly it felt really good for me and I know it did for the guys.”

“The one thing with Jack Ahcan is he’s just a special, cerebral player that, when he has time, can create almost anything out of nothing. I liked his game. There were some amazing plays in the offensive zone. I thought we did a good job getting pucks to the paint. There’s a lot of real good hockey players on our club and sometimes it’s fun to just sit back and watch. It’s great.”

- Tyler Lewington scored Providence’s first goal of the season, his first goal as a member of the P-Bruins.

- Kyle Keyser came on in relief for Troy Grosenick, stopping 19 of 19 shots in regulation and overtime,

while making two saves on two shots in the shootout.

- Jack Studnicka and Jesper Froden both scored in the shootout for the P-Bruins.

- Cameron Hughes and Oskar Steen led the way in shots with five each.

- The P-Bruins will travel to Hartford, Connecticut and take on the Hartford Wolf Pack on Sunday, October