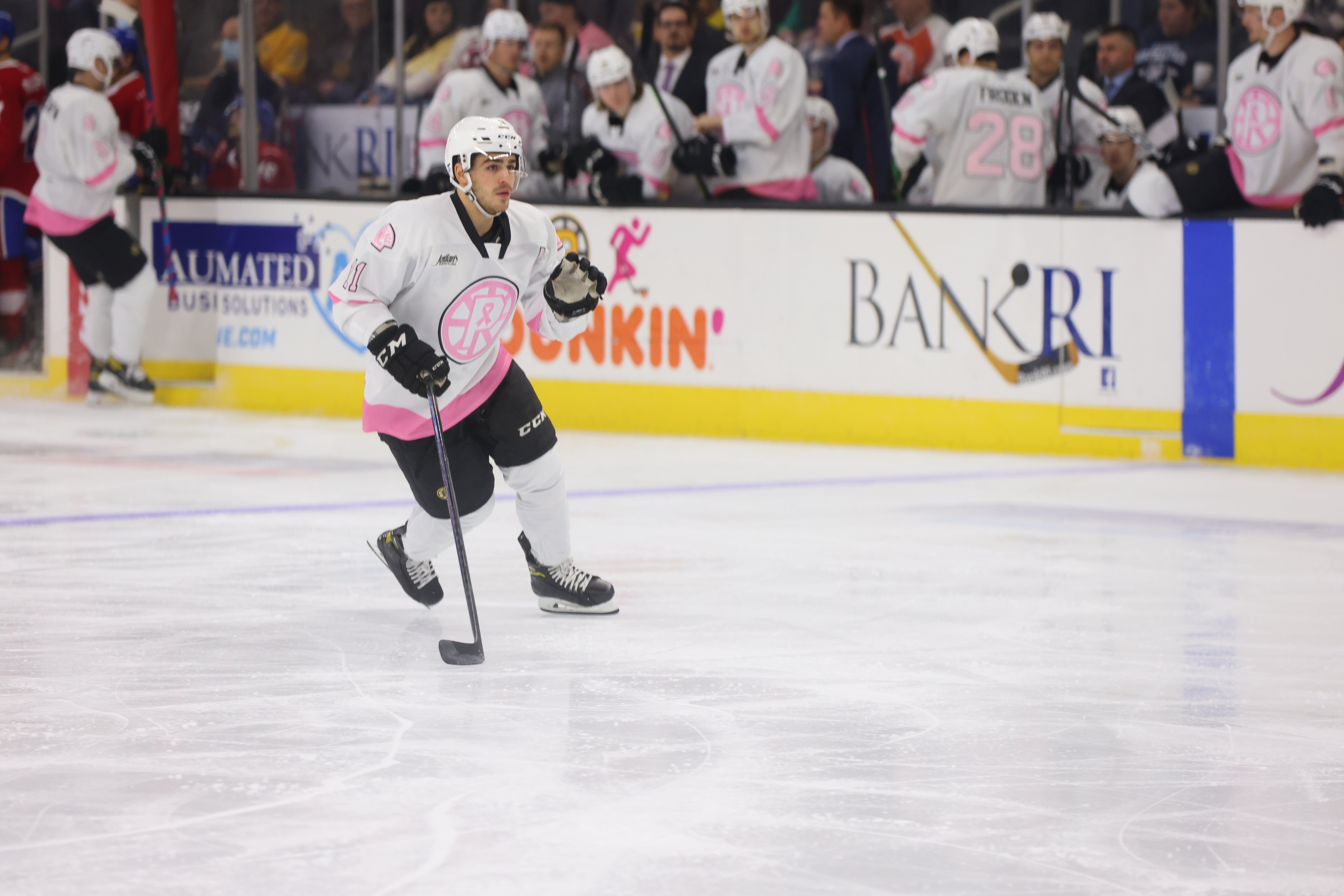 PROVIDENCE, RI - The Providence Bruins failed to find the back of the net on Saturday night, falling to the Laval Rocket, 4-0. Providence outshot Laval 29-28 and performed strong on the penalty kill, forcing an 0-for-5 performance on the power play for the Rocket. The loss marks the first game this season that the P-Bruins failed to earn a point.

“There was a lot that went wrong. We’ve got to take ownership and, as a staff, that starts with us. Guys weren’t ready to battle and in this league everybody’s got their own issues - changing rosters, bus trips, all those things that come into play. There’s no feeling sorry for anybody in this league and I think our guys got a good dose of that tonight. The one thing for us is we’ve got to learn from it. The positive is it revealed a lot about some of our older guys tonight. They get it and they understand how important it is and what a privilege it is to play here and get an opportunity every night. We were hoping that they would drag some of the guys into it. We had a great battle last night. The team compete was really high. Individually though, there’s some guys that have to get on board. That’s the precedent that the Bruins have set and that we’ve set here. It just wasn’t good enough. As a staff, we’ve got to take ownership in that and figure out who gets the privilege of playing tomorrow.”

- The P-Bruins will remain home in Providence, Rhode Island and take on the Springfield Thunderbirds on Sunday, October 24 at Dunkin’ Donuts Center. Puck drop is set for 3:05 p.m. ET.