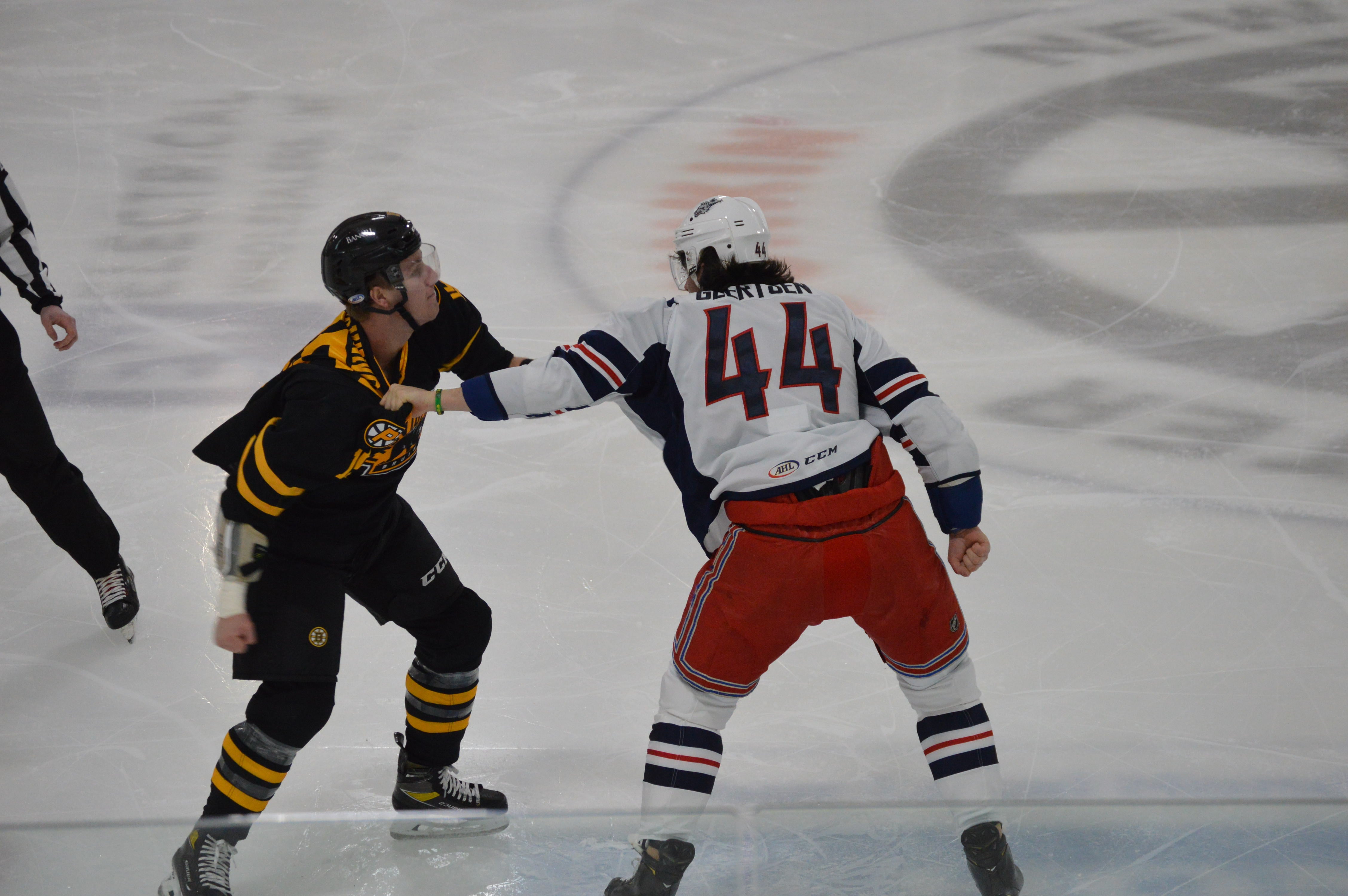 MARLBOROUGH, MA. - Cameron Hughes scored a goal and added an assist while Dan Vladar recorded 21 saves, but the Providence Bruins fell to the Hartford Wolf Pack, 3-2, in overtime on Monday afternoon. Providence outshot Hartford by count of 40-24 while going 5-for-5 on the penalty kill and 1-for-8 on the power play. Today marks the second time in five matchups this season that Hartford has defeated Providence.

“We had eight power plays and a five on three. You quickly accumulate shots when that happening. It’s not necessarily that the power play was bad - I actually thought we were pretty clean and generated we just weren’t able to bury, other than Lantosi.

I thought it was a relatively balanced game. I think it could have gone either way, especially when you don’t bury on a five-on-three. It would have been nice to have one more of those to really capitalize on the accumulation.”

- Cameron Hughes recorded his third mutli-point game of the season with a goal and an assist. After collecting 16 points (6G, 10A) in 44 games last year, Hughes has eight points (3G, 5A) through 10 games this season.

- Robert Lantosi scored a goal for the second consecutive game and extended his point streak to three games. Lantosi has four points (2G, 2A) during that three-game span.

- Zach Senyshyn picked up his fourth assist of the year and has eight points ( 4G, 4A) on the season.

- Tommy Cross recorded his first point of the season with an assist.

- Jack Ahcan picked up his seventh assist of the season. The rookie defenseman has four points (1G, 3A) in his last four games.

The P-Bruins will travel to Bridgeport, Connecticut and take on the Bridgeport Sound Tigers on Wednesday March, 10 at Webster Bank Arena. Puck drop is set for 1 p.m. ET.