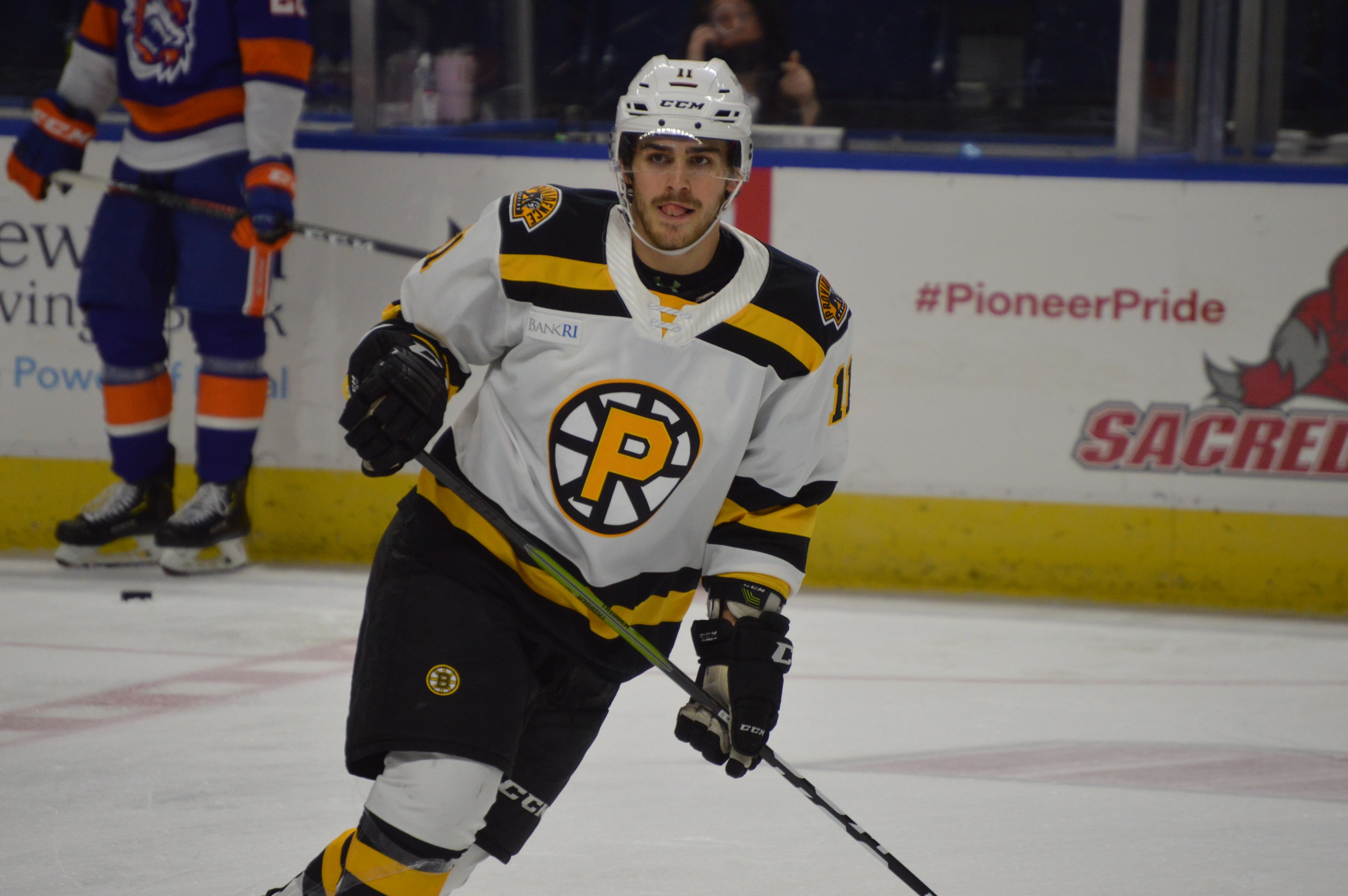 BRIDGEPORT, CT. - Samuel Asselin scored his sixth goal of the season and Dan Vladar made 25 saves, but the Providence Bruins fell to the Bridgeport Sound Tigers, 4-1, on Tuesday afternoon. Providence went fourfor-four on the penalty kill, but were outshot 29-24 and failed to score on one power play opportunity. With the loss, the P-Bruins season record stands at 14-5-1 with just five contests remaining.

“His puck movement and his shot certainly stand out for us. He’s clean coming out of his own end and he makes a real hard first pass. He’s been able to generate offense from the blue line and on the power play. It’s certainly a commodity in today’s defensemen that’s desired throughout the league.”

“Certain guys have that competitive desire. Alex has done that (fight) several times for us. He’s felt like the game isn’t going the way we want it to go and it certainly wasn’t at that particular moment. Guys weren’t really digging in and he went out there and showed exactly what he feels he can do. That puts a fire under us a little bit to get out there and respond to it. It’s a very challenging job and certainly one that we value to no end.”

- Samuel Asselin scored the lone goal for the P-Bruins, his sixth of the season. Asselin has recorded 13 points (6G, 7A) in 20 games this season. The Repentigny, Quebec native skated in five games with Providence last season, recording three assists.

- Jack Studnicka recorded his third assist in his sixth game of the season. The second-year center has recorded an assist in two consecutive games.

- Zach Senyshyn collected his fifth assist of the season and extended his point streak to four games. Senyshyn has recorded 11 points (6G, 5A) in 13 games with Providence this year.

- The P-Bruins will travel to Marlborough, Massachusetts and take on the Hartford Wolf Pack on Thursday, April 22 at New England Sports Center. Puck drop is set for 1 p.m. ET.