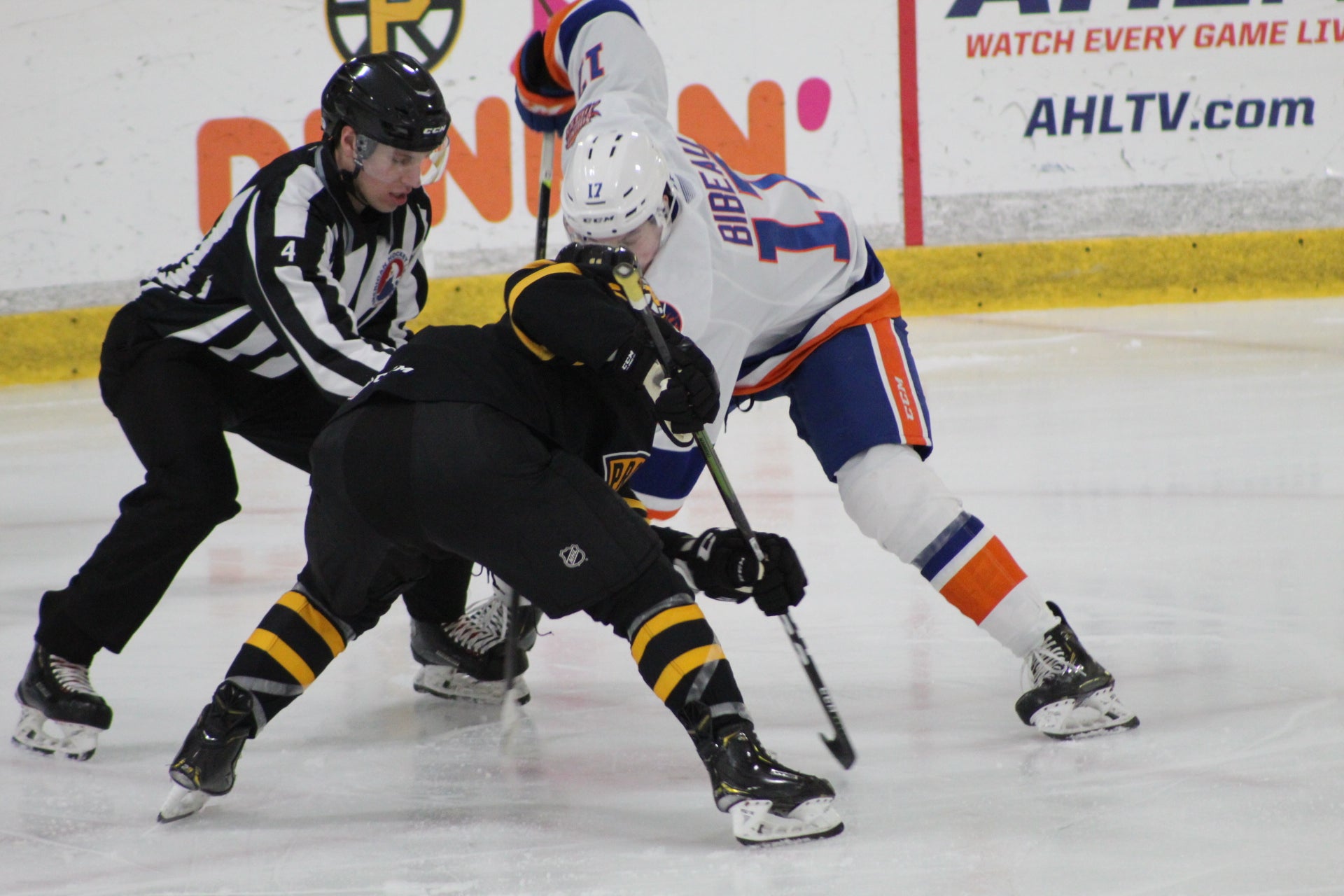 MARLBOROUGH, MA. - Brady Lyle and Joona Koppanen each scored a goal for the second consecutive game, but the Providence Bruins came up one goal short, falling to the Bridgeport Sound Tigers, 3-2, on Thursday afternoon. Dan Vladar got the start in goal for Providence and made 26 saves in his third start of the season. The Sound Tigers outshot the P-Bruins by a count of 30-25. Providence went 0-for-5 on the power play and 2-for-4 on the penalty kill.

Our guys have to learn, and I think they learned today, that when you play the same team over and over again and win - it’s not going to get easier. It’s going to get harder. These guys are all professionals and I think we learned that lesson.

Like I said, I think the first period went the way we wanted it to go. Then in the second and third, they pushed and we got frustrated. It kind of snowballed from there. It’s certainly something to look back on and hopefully learn from, but today was not our best.”

- Brady Lyle scored a goal for the second consecutive game. Lyle has three points (2G, 1A) through six games this season.

- Similar to Senyshyn, Paul Carey extended his point streak to four games with the secondary assist on Lyle’s goal. Carey has five assists in his last four contests.

- Josiah Didier made his season debut and picked up his first assist of the year.

- Joona Koppanen scored his third goal of the season and his second in as many games. His three goals are tied with Zach Senyshyn for the team lead.

- Dan Vladar recorded 26 saves on 28 shots. Through three starts this season, Vladar has recorded a .934 save percentage paired with a 1.71 goals against average and one shutout.

- The P-Bruins will travel to Hartford, Connecticut and take on the Hartford Wolf Pack on Saturday, February 27 at XL Center. Puck drop is set for 1 p.m. ET.