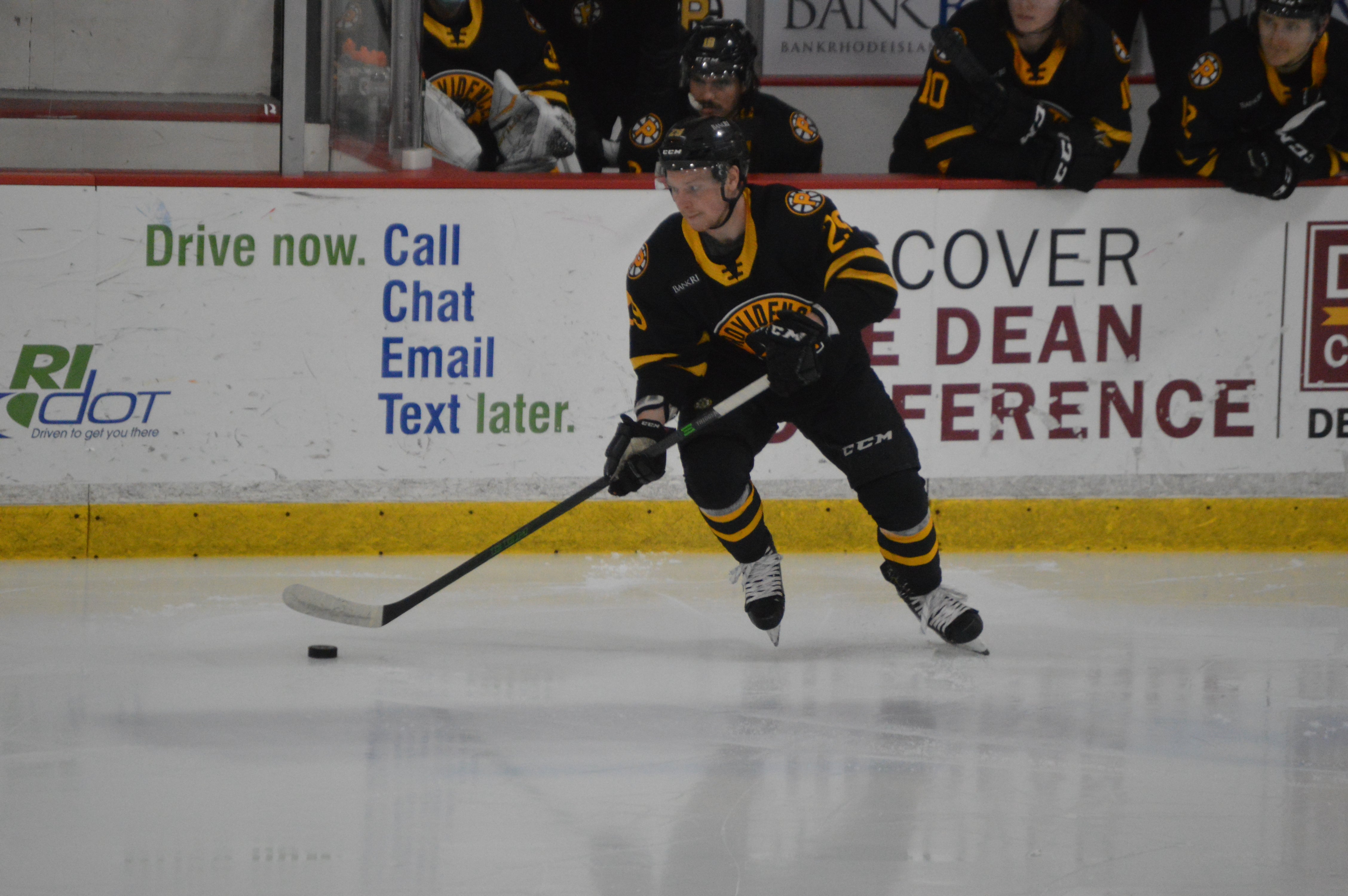 MARLBOROUGH, MA. - Paul Carey scored a goal for the second consecutive game and Dan Vladar recorded 29 saves, but the Providence Bruins fell to the Bridgeport Sound Tigers in a shootout, 2-1, on Thursday afternoon. Providence went five-for-five on the penalty kill and 16 of 18 skaters recorded a shot on goal. With the loss, the P-Bruins record stands at 14-6-2 with a plus-17 goal differential.

“As a coach, when you put a guy over the boards, you have that feeling inside you like, ‘I’m not sure how this is gonna go.’ You have that a lot with some players. Then with some other players, you put them over the boards and you certainly know you can’t control things, but you do know that this player is going to have the intention to do all the right things and that’s what Hughesy does. Really he’s done that since he’s been here.

As you said, those two former players (Jordan Swartz & Colby Cave) were very similar, playing significant minutes and very important roles throughout the games. Hughesy does that equally as well. Those guys are the glue guys. They keep everything together. When things go awry, like they always do in a game, they’re the first guy you look for. He’s been outstanding with that.”

- Paul Carey scored a goal for the second consecutive game. The goal marked his fourth of the season and third in the last four games. Carey has recorded 14 points (4G, 10A) in 22 games for Providence this season, which is tied for third most on the team.

- Robert Lantosi picked up the secondary assist on Carey’s goal. Lantosi is tied with Carey for third on the P-Bruins in points. The second-year Providence winger has 14 points (8G, 6A) in 22 games this season.

- Brady Lyle, Jakub Lauko, and Zach Senyshyn all scored in the shootout for Providence.

- The P-Bruins will travel to Hartford, Connecticut and take on the Hartford Wolf Pack on Saturday, May 1 at XL Center. Puck drop is set for 1 p.m. ET.