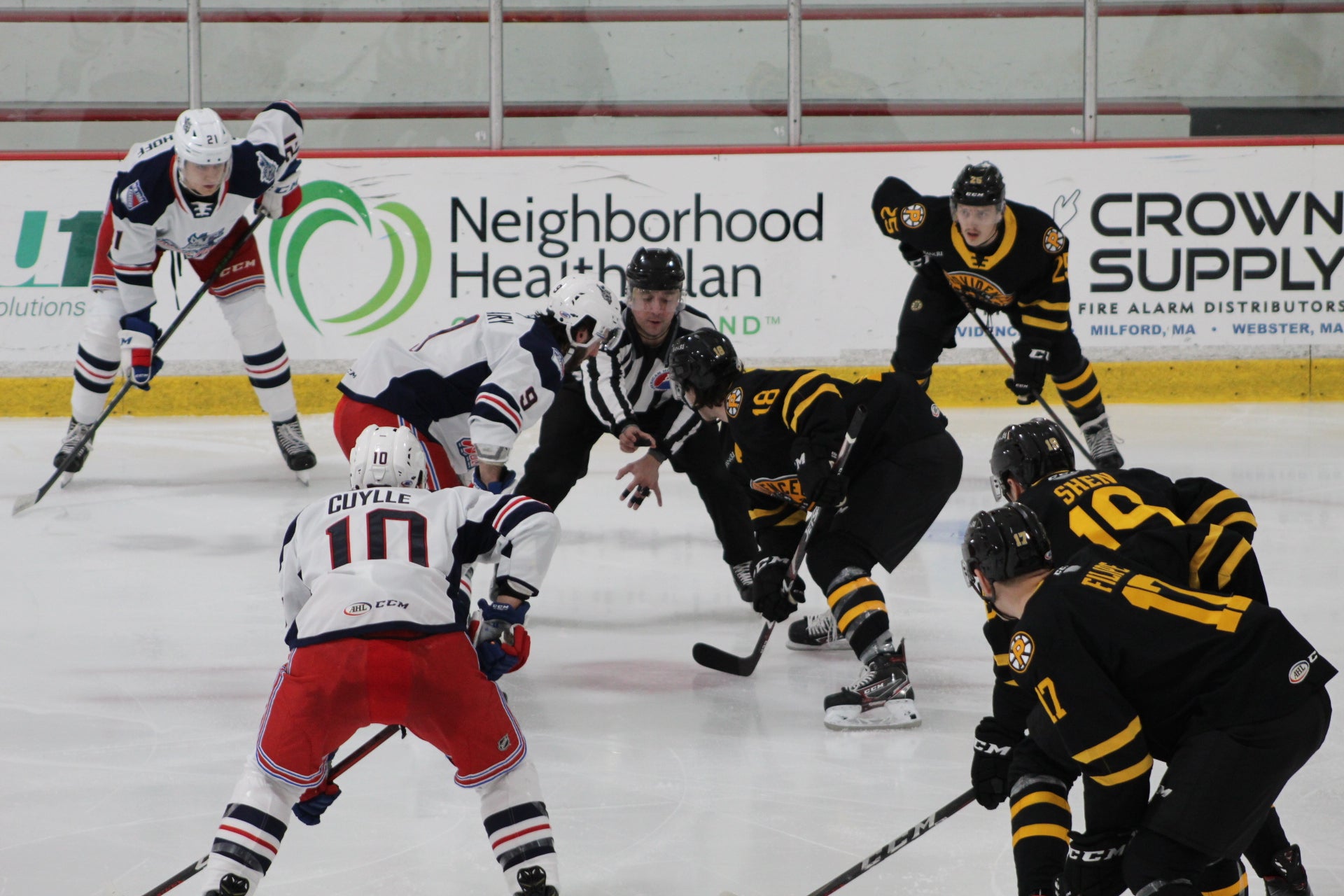 MARLBOROUGH, MA. - Dan Vladar recorded 20 saves on 22 shots, but the Providence Bruins were unable to find the back of the net on Thursday afternoon, resulting in a 4-0 loss to the Hartford Wolf Pack. After leading by one heading into the third period, Hartford scored the second goal of the game and added two empty-net goals to seal the victory. Providence outshot Hartford, 25-24. The P-Bruins were 0-for-2 on the power play and 1-for-3 on the penalty kill.

- Jack Studnicka made his season debut for the P-Bruins this afternoon. An AHL All-Star last season, Studnicka scored 23 goals and added 26 assists for 49 points in 60 games during the 2019-20 season.

- Dan Vladar also made his Providence debut, recording 20 saves. Vladar played 25 games for the P-Bruins last season, finishing the year with three shutouts, a 1.79 goals against average, and a .936 save percentage.

“The first period was pretty much how you draw it up, other than the fact that we didn’t score. It’s funny how hockey works, but that happens a lot. If you play well and you don’t get the results, for whatever reason, there’s a let down.

On top of that, your opponent pushes back. I think you saw that in the second period. They really took it to us and we got cute. We didn’t like some of the physicality that was coming our way. I think we thought we could make some of those high end plays that we were making in the first, but that was against a different team.

We learned our lesson there and then the third was kind of hit-or-miss. I thought it was an okay third for us. The power-play goal kind of sealed the deal for them and we were chasing for the rest of the game. Parts were good, the ending was not, but it’s certainly something we can learn from.”

- The P-Bruins will travel to Bridgeport, Connecticut and take on the Bridgeport Sound Tigers on Saturday, February 13 at Webster Bank Arena. Puck drop is set for 1 p.m. ET.