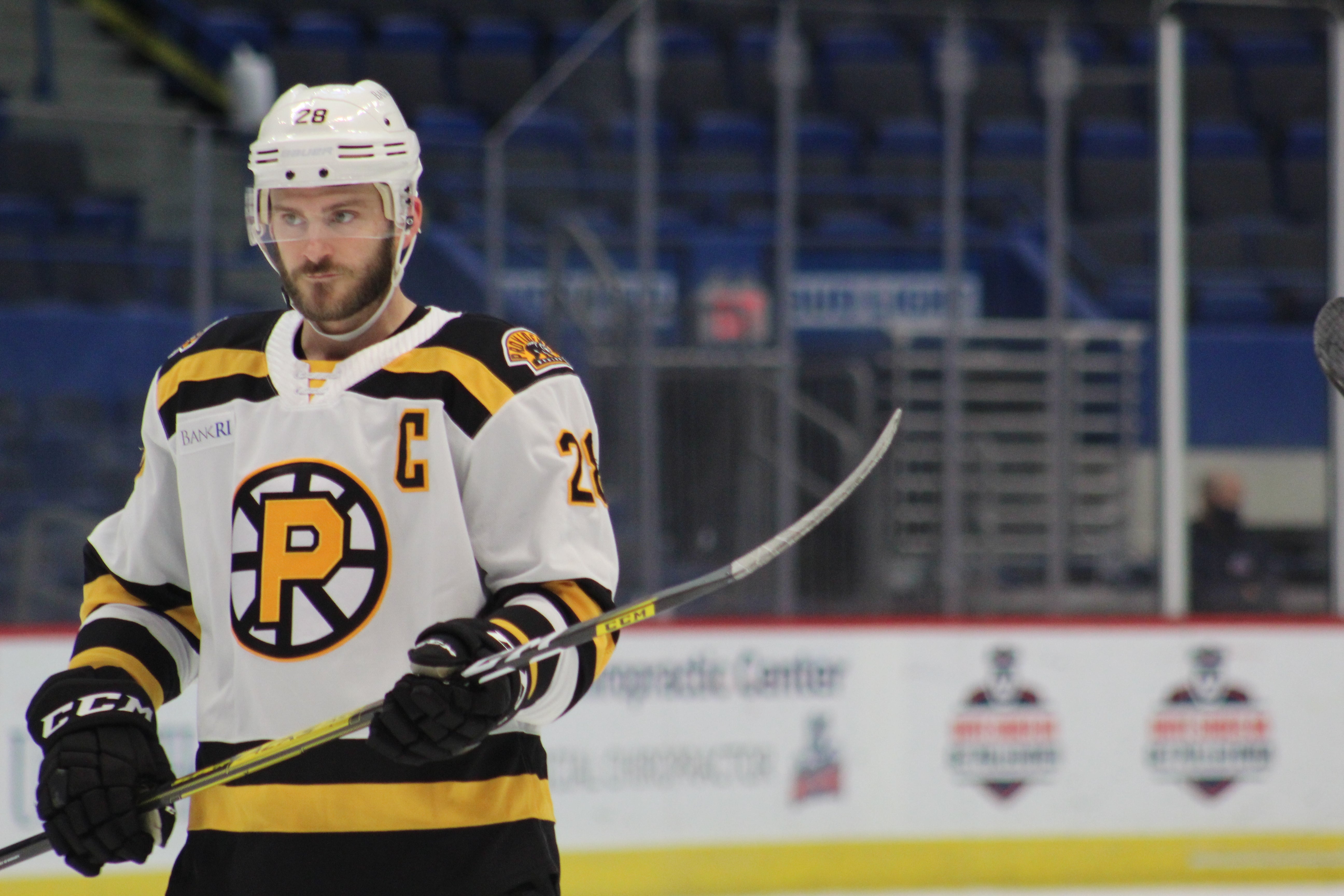 HARTFORD, CT. - The Providence Bruins got goals from five separate skaters and won their third consecutive game on Sunday, defeating the Hartford Wolf Pack, 5-2. In total, ten players collected at least one point for the P-Bruins with Samuel Asselin, Paul Carey, and Brady Lyle all recording multi-point games. Jeremy Swayman picked up his third win of the season, recording 34 saves on 36 shots. The P-Bruins went 0-for-2 on the power play, but 3-for-3 on the penalty kill.

“It was a gutsy effort. Obviously (Jeremy) Swayman was terrific in net and had some huge saves in the right moments.

We had some guys that really competed today. I thought Sammy Asselin was really good and Paul Carey really led us down the stretch. (Oskar) Steen and (Anton) Blidh were obviously impressive.

We had a young D-core playing tonight against a pretty aggressive forecheck. It got a little hairy at times but that’s what happens, especially in the building. Overall it was great to get the win.

Any coach that tells you goaltending is just part of the equation is not being honest with you. If you don’t have good goaltending, you’re going to have a really tough time winning games. Sway gives us all that and more and so does Vladdy (Dan Vladar). We’re really blessed to have two guys that give us the opportunity to win every night. Sway was outstanding tonight. His poise and athletic ability really showed and it was a terrific performance from him.”

- Paul Carey collected two assists and extended his point streak to three games. The P-Bruins captain has picked up five points in five games this season.

- Anton Blidh recorded his first point of the season with the primary assist on Steen’s goal.

- Zach Senyshyn scored a goal for the second consecutive game and extended his point streak to three games.

- Jeremy Swayman collected his third win in his third start of the season. The rookie goaltender has a 2.00 goals against average paired with a .928 save percentage this season.

- Cameron Hughes scored his second goal of the season and has recorded four points in five contests this season.

- The P-Bruins will travel to Marlborough, Massachusetts and take on the Bridgeport Sound Tigers on Thursday, February 25 at New England Sports Center. Puck drop is set for 1 p.m. ET.