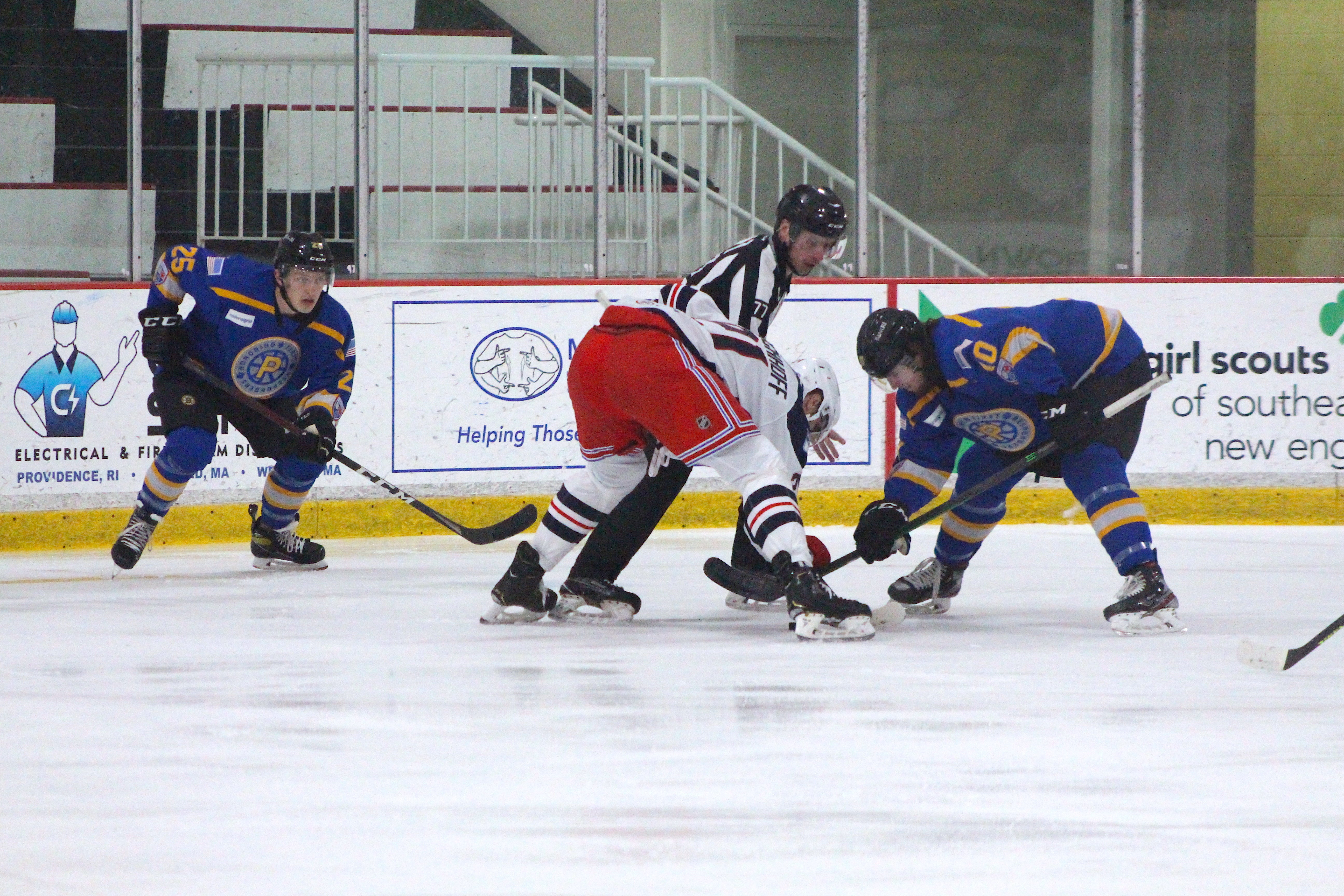 MARLBOROUGH, MA. - Paul Carey scored in the third period to make it a one-goal game and Dan Vladar made 31 saves, but the Providence Bruins fell to the Hartford Wolf Pack, 3-1, on Thursday afternoon. Providence pushed to tie the game late in the third period with sustained offensive zone time, but Hartford was able to find the empty net with 24 seconds remaining. With the loss, the P-Bruins season record stands at 146-1 with just four contests remaining.

“That team we played today, that’s a very good hockey team. They’re clicking on all cylinders. They gave us everything and more and we’ve played them throughout the year. Right now they’re really clicking and that’s bound to happen.

The way I look at these last two losses, it’s very much a challenge for us to raise our game up. We’re certainly not playing as well as we were playing during the earlier parts of the season and we’ve got a week here to figure out how to get back to where we were. With that being said, I think both teams we’re about to play are improved teams. The games we were able to win in the past are going to be a little bit harder to win over the next couple weeks. It’s a challenge.

We need to look ourselves in the mirror and say this is not where we want to be. It’s not any mystery that we’re playing two teams that have improved. They’ll be a much taller task as we move along here and hopefully we can rise to the challenge and get a couple wins out of it.

It’s a question of who wants it more. I thought that they came hard at us. We did respond, I don’t think it was a terrible effort by any means, but they did push a little harder than we did and hopefully we can learn from that.”

- Paul Carey scored his third goal of the season and his second in the last three games. Carey has recorded 13 points (3G, 10A) in 21 games this season.

- Tommy Cross picked up the primary assist on Carey’s goal, his fifth helper of the season. Cross has recorded eight points (3G, 5A) in 12 games this season.

- Robert Lantosi collected the secondary assist on Carey’s goal, his sixth of the season. Lantosi has picked up 14 points (8G, 6A) in 21 games this season.

- Dan Vladar stopped 31 of the 33 shots he faced. Vladar has appeared in seven games this season with Providence, posting a 2.16 GAA and .921 save percentage.

- The P-Bruins will return to Marlborough, Massachusetts and take on the Bridgeport Sound Tigers on Thursday, April 29 at New England Sports Center. Puck drop is set for 1 p.m. ET.