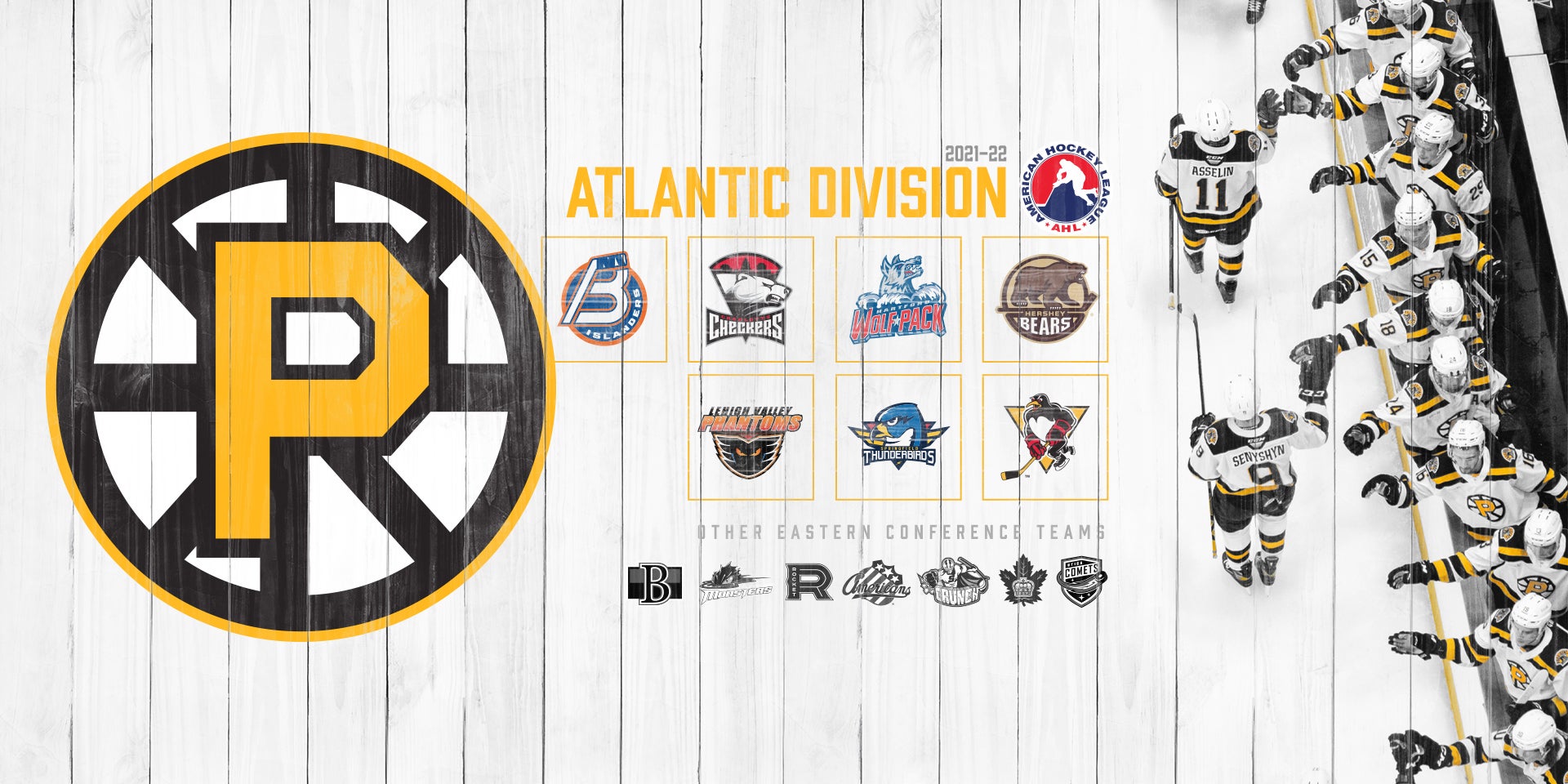 PROVIDENCE, R.I. - The American Hockey League announced today the division alignments and schedule lengths for the 2021-22 AHL season, which begins for the Providence Bruins on Saturday, October 16 at the Dunkin’ Donuts Center with Opening Night fueled by Dunkin’.

Providence will play 72 games as part of an eight-team Atlantic Division in 2021-22, battling Bridgeport, Charlotte, Hartford, Hershey, Lehigh Valley, Springfield and Wilkes-Barre/Scranton in pursuit of the team’s third-consecutive division title. Rounding out the Eastern Conference is a seven-team North Division that includes Belleville, Cleveland, Laval, Rochester, Syracuse, Toronto and Utica.

The American Hockey League also announced that there will be an increase in the number of teams qualifying for the Calder Cup Playoffs, with final details and format to be announced later in the offseason.

Providence previously announced six home games on the 2021-22 schedule, including Opening Night fueled by Dunkin’ on October 16, with the full schedule set to be released later this summer:

Tickets for these six games are currently available through the purchase of a 2021-22 Providence Bruins Season Membership. Fans can choose from Gold Level, Black Level, White Level or FlexTix Season Memberships. To become a member and ensure your seats for Opening Night, please visit providencebruins.com or contact CJ Tsoumakas at 401.680.4738 or [email protected]