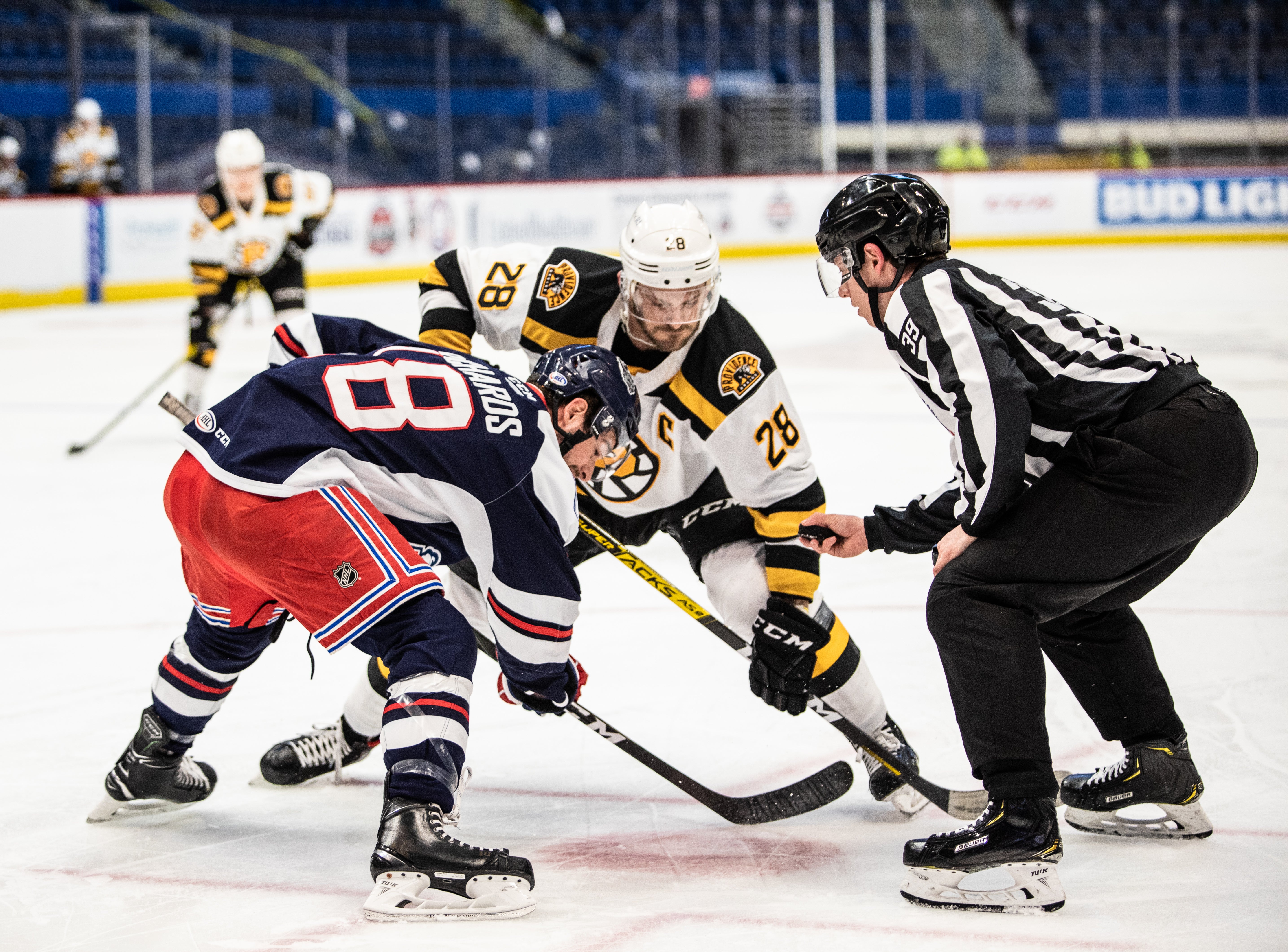 HARTFORD, CT. - Tommy Cross scored the lone goal for the Providence Bruins as the P-Bruins fell to the Hartford Wolf Pack, 6-1, on Saturday afternoon. The loss marks the first defeat for Providence since March 25. The P-Bruins moved to 5-3-1 against Hartford and 13-4-1 overall on the season.

“I thought the first period was okay. We didn’t generate much. I think much because of the fact that Hartford was certainly willing to block shots and defend the right way. We were not willing to get pucks and bodies to the net. On the flip side, they were able to get pucks through and obviously they scored a goal.

The second and the third were a real concern. Not a lot of juice there for us - partly, I’m sure, because of the way that Hartford was playing, but also really because our willingness to play inside, block some shots, and win a couple battles was nonexistent for the last two periods. Give them credit. They certainly did all of those things. They were even blocking shots at the end of the third there. It was clearly a case of two teams that were playing polar opposites of one another. One was all-in and our group was not.”

- Tommy Cross scored the lone goal for Providence just past the halfway point of the third period. The goal was the third of the season for Cross, the P-Bruins all-time leaders in games played. In nine games this season, Cross has produced seven points (3G, 4A) and has four points (3G, 1A) in his last four games.

- Jakub Lauko recorded the primary assist on the goal by Cross. Lauko has picked up 15 points (5G, 10A) in 16 games this season, including eight points (3G, 5A) in his last seven games. Lauko has recorded at least one point in 10 of 16 contests this season.

- Cooper Zech picked up the secondary assist on the third period goal by Cross. Zech has seven points (1G, 6A) in 15 games this season and has recorded a point in three consecutive contests.

- The P-Bruins will travel to Marlborough, Massachusetts and take on the Utica Comets on Friday, April 16 at New England Sports Center. Puck drop is set for 3 p.m. ET.