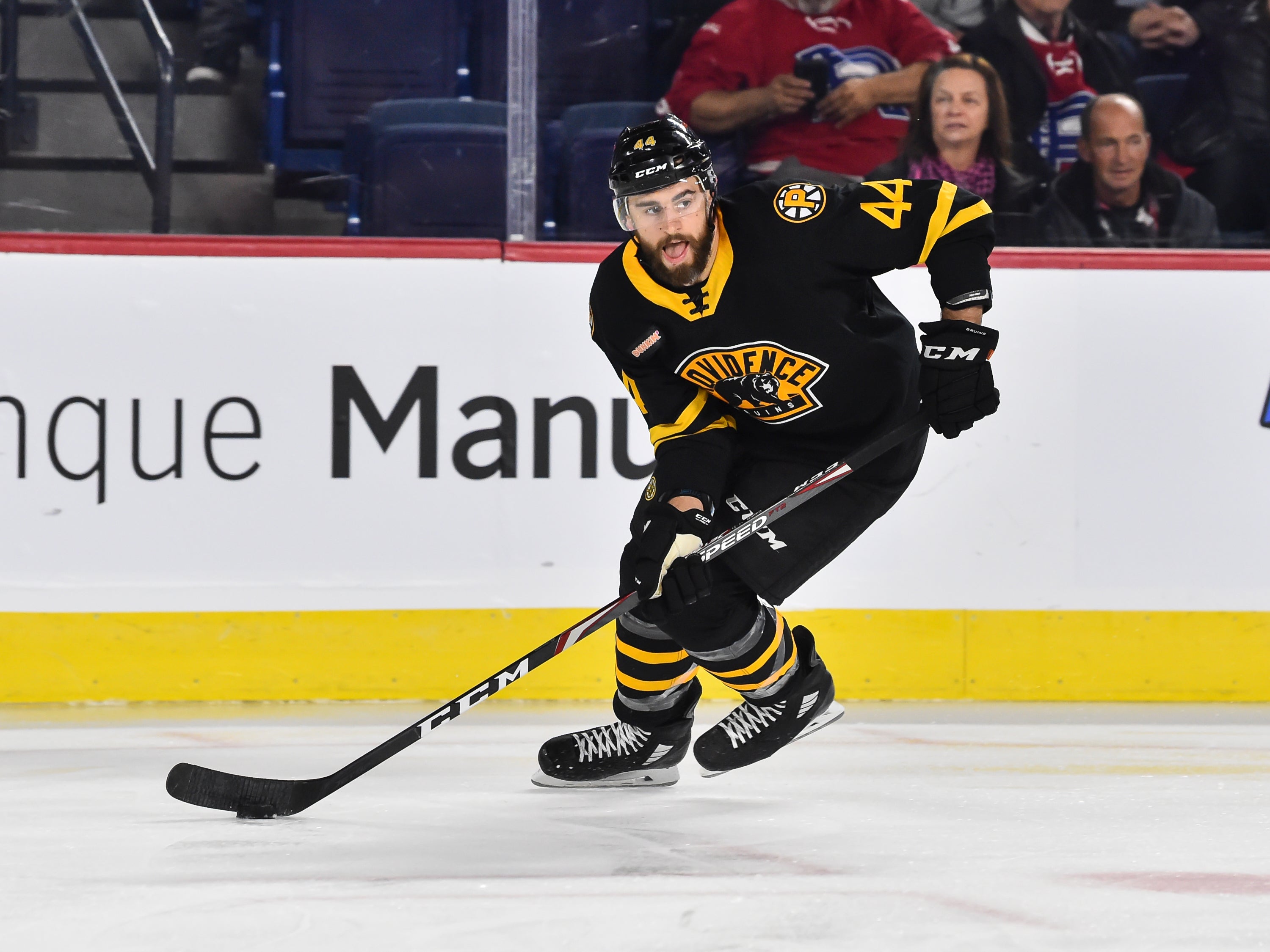 PROVIDENCE, R.I. - The Providence Bruins announced today, January 1, that defenseman Josiah Didier has been named the 26th captain in team history. The announcement was made by P-Bruins Head Coach Ryan Mougenel.

“As a player and as a person, Dids is just the highest quality,” said Mougenel. “He really is a born leader. He has empathy. He’s caring. He’s considerate. He’s the ultimate teammate.

“He’s somebody, for me, who is an extension of our staff and he’s somebody that will make me a better coach. As a player, he’s done it the hard way. He’s worked for every inch that he’s gotten and his work ethic is off the charts. He embodies a lot of the things that the Bruins are all about.”

Didier, 28, joined the Bruins organization in July of 2019 and made his debut with Providence on October 5, 2019. He has skated in 73 games with the P-Bruins, scoring three goals and adding 15 assists for 18 points with a plus-36 rating.

The Littleton, Colorado, native has played in 268 career AHL games with four teams, including Providence, the Hamilton Bulldogs, St. John’s IceCaps, and Charlotte Checkers. One year before signing with the Bruins, Didier played an integral role in helping the Checkers win their first AHL Calder Cup, skating in 19 playoff games and recording four assists with a plus-12 rating.

Prior to turning pro, Didier skated four years at University of Denver and helped the Pioneers win the inaugural NCHC Championship in 2014. He was drafted by the Montreal Canadiens in the fourth round (97th overall) of the 2011 NHL Entry Draft.

“From a management and organizational standpoint, he’s exactly what you want,” said Mougenel. “You just want to be around this guy. I fell very strongly about the player and the person. We hope to have Dids in the organization for a substantial amount of time.”

The P-Bruins return to action on Sunday, January 2, at Dunkin’ Donuts Center with a 3:05 PM divisional matchup against the Springfield Thunderbirds. Special ticket offers are available for purchase at providencebruins.com.