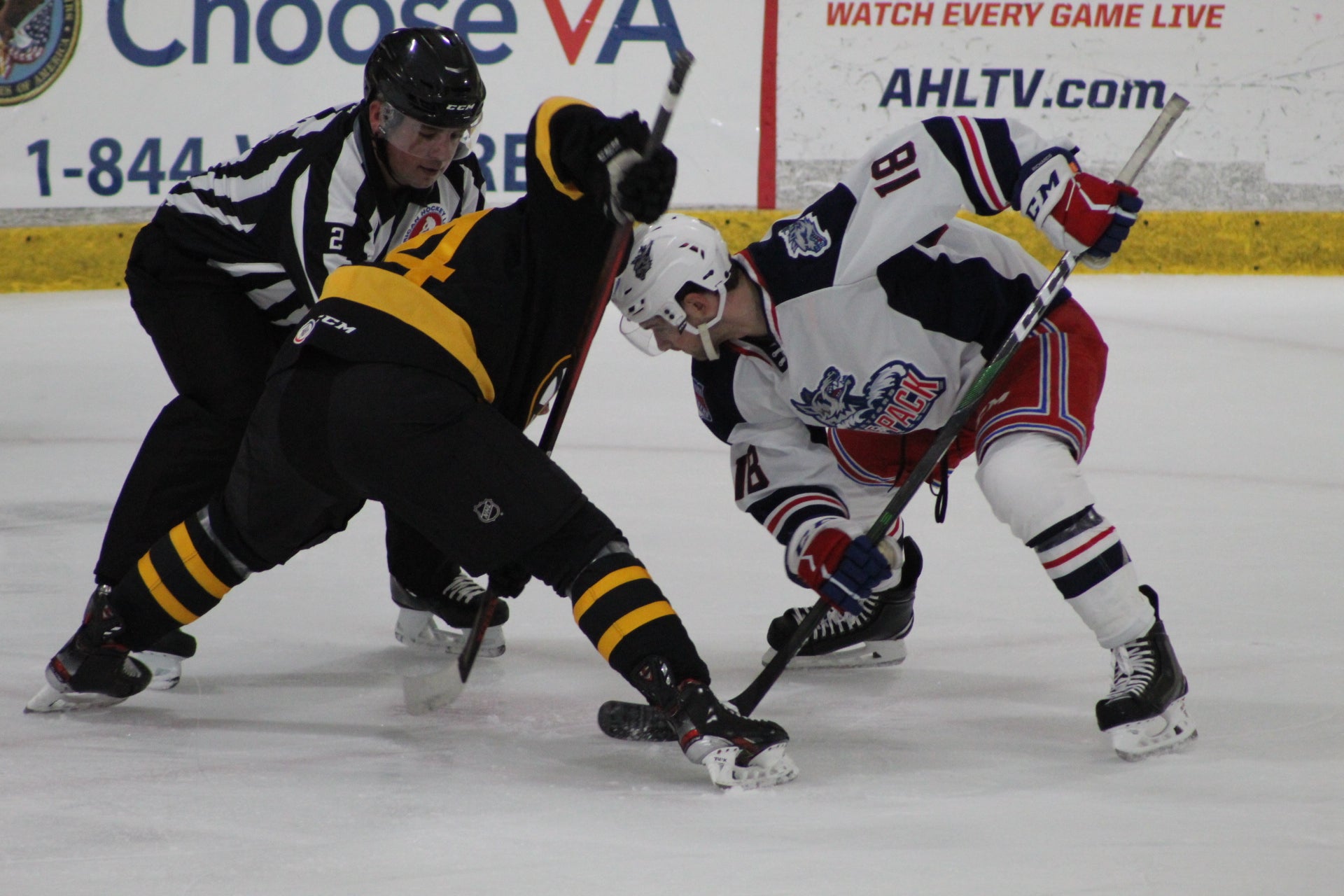 MARLBOROUGH, MA. - Robert Lantosi and Anton Blidh each scored a goal and Cameron Hughes extended his point streak to six games, but the Providence Bruins fell to the Hartford Wolf Pack, 4-2, on Thursday afternoon. The loss marks Providence’s first loss in the last five games and the first time that the P-Bruins did not record a point in the last nine contests. Providence recorded 25 shots on goal and went onefor-four on the power play.

We didn’t do ourselves any favors by going down on a five-on-three earlier in the first period and then, obviously, they capitalized right at the end of it. Then we take another penalty two minutes later, I don’t even know if it was that (long), and we’re down two to nothing.

That’s a tough hill to climb that early in the game against a team we just beat who is playing with a lot of urgency like they were. It was a challenge.”

- Cameron Hughes extended his point streak to six games with an assist. Hughes has 10 points (2G, 8A) over the last six games.

- Anton Blidh scored his third goal of the season and extended his point streak to three games. Blidh has recorded seven points (3G, 4A) in 11 games this season.

- Brady Lyle recorded the primary assist on Blidh’s second period goal. Lyle has four points (1G, 3A) in his last three games and nine points (5G, 4A) in 15 games this season.

- Samuel Asselin picked up a point for the second consecutive game with an assist on Blidh’s goal. Asselin has 11 points (5G, 6A) in 15 games this season.

- Robert Lantosi extended his point streak to three games with his sixth goal of the year. Lantosi has 11 points (6G, 5A) in 15 games this season.

- The P-Bruins will travel to Bridgeport, Connecticut and take on the Bridgeport Sound Tigers on Wednesday, March 31 at Webster Bank Arena. Puck drop is set for 1 p.m. ET.