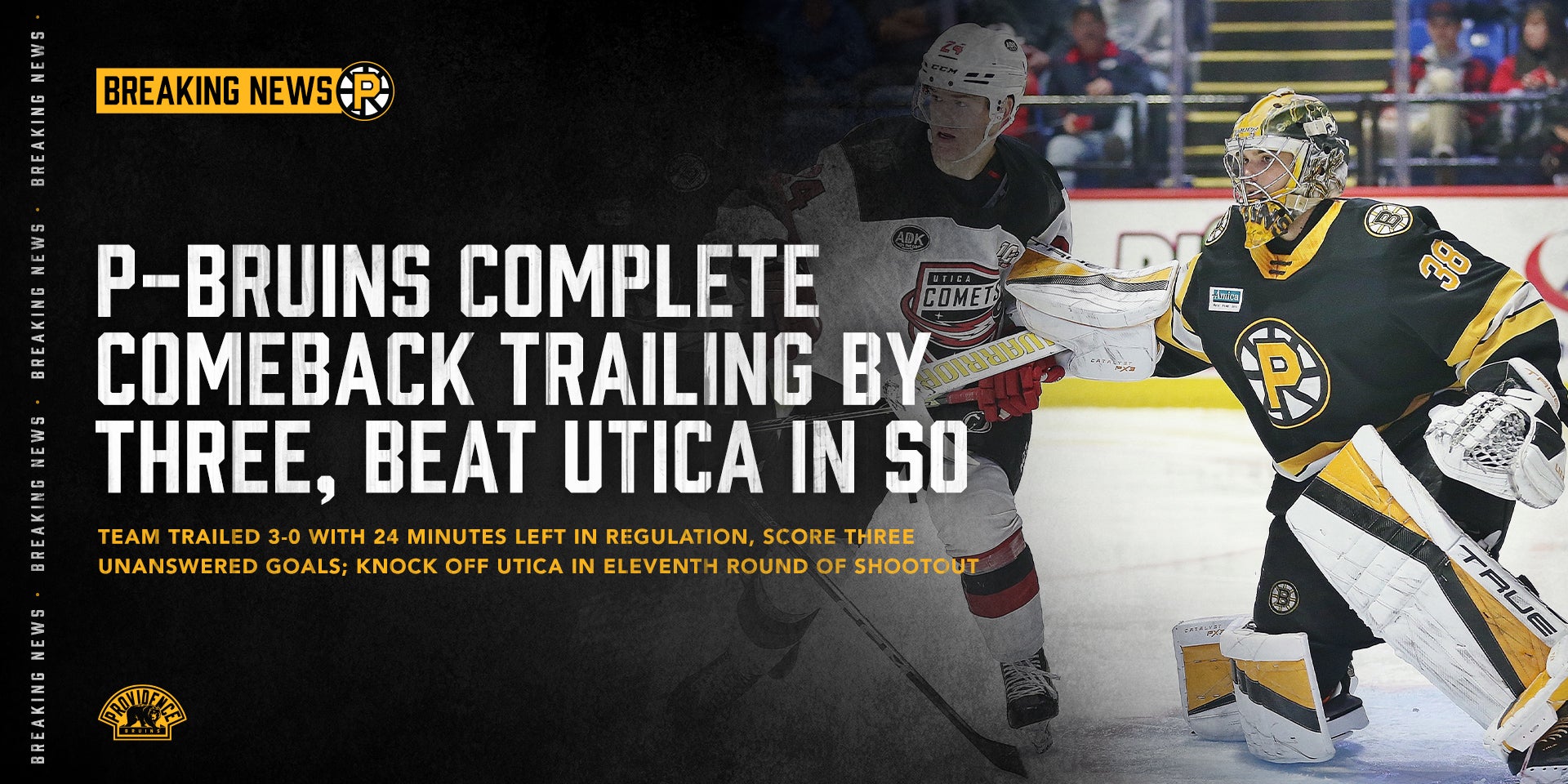 Utica, NY - The Providence Bruins trailed 3-0 with 24 minutes left in regulation, scored three unanswered goals, and knocked off the Utica Comets in the eleventh round of the shootout on Wednesday night at the Adirondack Bank Center. Luke Toporowski, Vinni Lettlieri, and Chris Wagner scored the goals for the Providence.

The P-Bruins travel to Springfield, Massachusetts on Saturday, November 5 to take on the Thunderbirds at the MassMutual Center. Puck drop is set for 7:05 p.m. ET.