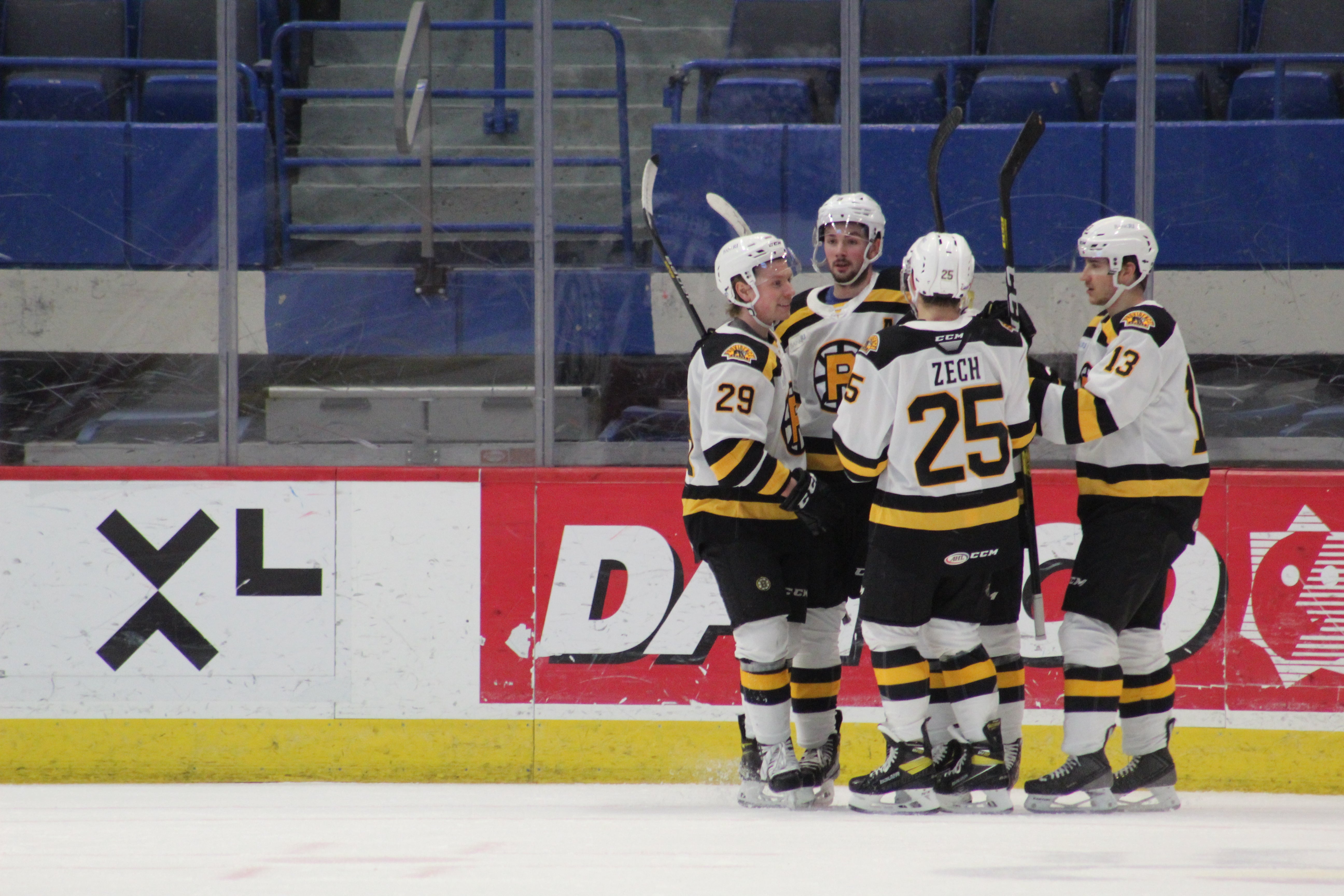 HARTFORD, CT. - Samuel Asselin recorded his first career hat trick and Dan Vladar made 28 saves as the Providence Bruins defeated the Hartford Wolf Pack, 4-2, on Tuesday afternoon. The win marks Providence’s third-straight win over Hartford this season and second consecutive victory overall. The P-Bruins went 2-for-5 on the power play and 5-for-6 on the penalty kill while improving their overall record this season to 6-2-0 with a plus-eight goal differential.

“We changed the (power play) units a little bit, but it’s really execution. We had to reset and establish the fact that we want to get the puck to the net. It’s funny, power plays are very finicky. I think we were struggling a bit with it because we were starting to complicate things too much. Tonight we saw some success. I thought we snapped it back and had some urgency to get pucks to the net. We were able to get some goals off of it.

Sammy (Asselin) adds a lot to our group. He can do many things - penalty kill, five-on-five, power play. He always gets to the areas where you need to be to score goals. You saw that tonight. He’s been great.”

- Samuel Asselin scored his first career hat trick with two power-play goals and one at even strength. Asselin has recorded six points (3G, 3A) in his last four games.

- Brady Lyle collected his third goal of the season with the game-opening tally. Lyle’s three goals lead all Providence defensemen and rank tied for third amongst all AHL defensemen.

- Jack Ahcan picked up the lone assist on Lyle’s game-opening goal. Ahcan has recorded three points (1G, 2A) in his last two games and six points (1G, 5A) in eight games this season.

- Jakub Lauko added an assist on Asselin’s first goal. Lauko has recorded seven points (2G, 5A) in seven games this season. His seven points are tied for second-most amongst Providence skaters.

- Joel Messner recorded his first point of the season with the primary assist on Asselin’s second goal of the game.

- Robert Lantosi picked up his second assist of the season. Lantosi has recorded four points (2G, 2A) in eight games this season.

- Cooper Zech also recorded an assist and has four points (1G, 3A) in eight games this season.

- Dan Vladar picked up his second win of the season. Vladar has a 1.78 goals against average and a .934 save percentage through four games this season.

- The P-Bruins will travel to Marlborough, Massachusetts and take on the Bridgeport Sound Tigers on Thursday, March 4 at New England Sports Center. Puck drop is set for 1 p.m. ET.