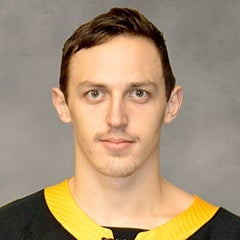 Zech joined Providence March 12, 2019 after completing his freshman year at Ferris State University. In his one year with the Bulldogs, Zech became the first freshman to lead Ferris State in point scoring since 1987-88. He also led all WCHA freshmen in point-scoring with eight goals and 20 assists for 28 points, and his 0.78 points per game were the most by any freshman defender in NCAA Division I Men's Ice Hockey. The talented blueliner, who took attended Washington Capitals Development Camp in 2018, was named WCHA Preseason Rookie of the Year and is up for the WCHA Rookie of the Year. Prior to his college career, he played for the Wenatchee Wild in 2017-18 in the BCHL where he helped his team to the RBC Cup. He was named BCHL Defenseman of the Year, All BCHL First-Team, and All BCHL Rookie First Team. He led the league in assists and finished with 69 points in 58 games with 23 points in 20 playoff games.