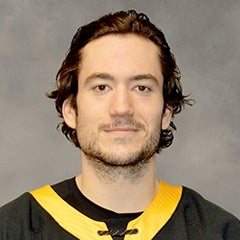 Messner signed an AHL deal with Providence during the 2018 offseason after spending four seasons with the University of Nebraska-Omaha. In 135 games with them, he had seven goals and 35 assists for 42 points with 83 penalty minutes and a +12 rating. He also made NCHC Academic All-Conference in each of his four seasons. As a senior and captain of the University of Nebraska-Omaha this season, he recorded career highs in goals, assists and points while playing in all 36 games. He was named NCHC Scholar Athlete and earned the NCHC’s post-graduate scholarship. Prior to his time in college, he played for the Selkirk Steelers of the MJHL. His final year with them was his best, as he led all defensemen in the league and was third overall in scoring for Selkirk with nine goals and 44 assists for 53 points in 54 games. He was named the MJHL Top Defenseman in 2013-14 and was a MJHL First Team All-Star