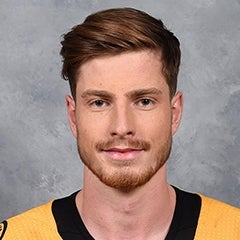 Peter Cehlarik was drafted 90th overall in the 2013 NHL draft by Boston and signed a three-year entry level deal with the Bruins in June of 2016. He made his NHL debut February 11 vs Vancouver, earning his first two career points the following day vs Montreal. Cehlarik led all P-Bruin rookies and was second on the 2016-17 squad with 20 goals. He had previously spent four seasons playing pro hockey in Sweden for Lulea HF, helping his team to a Champions Hockey League Championship during the 2014-2015 season. Cehlarik was also a member of Team Slovakia for the IH18 (2012), Junior World Cup U18 (2013), and the Junior World Cup 2014-2016 including a bronze medal finish in 2015. He started 2017-18 with Providence, but was recalled to Boston and scored first NHL goal November 18 against San Jose.